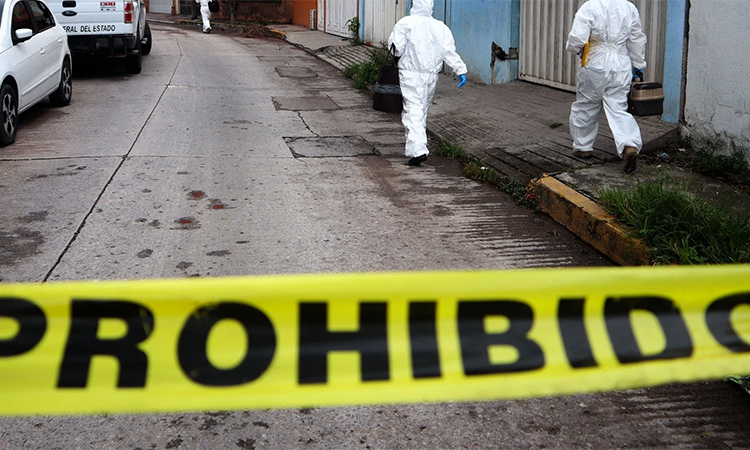 Mexico has endured more than 340,000 killings blamed mainly on drug trafficking gangs since the government deployed troops to fight the cartels in 2006. (File Photo)

The situation of lawlessness and gun attacks in the United States is making headlines once again. The latest gun attack in which 18 people died in southern Mexico demands gun law reforms to stop deadly events in future (“Gun attack in Mexico leaves at least 18 dead,” Oct. 6, Gulf Today website).

According to the report, gunmen in southern Mexico killed at least 18 people in an attack on Wednesday, including the town’s mayor, authorities said.

Prosecutor Sandra Luz Valdovinos told Milenio Television that the attack happened in San Miguel Totolapan in Guerrero state. Two others were wounded, she said. “So far we have 18 confirmed dead,” Valdovinos told the TV station.

Mayor Conrado Mendoza was among those killed. The motive of the attack was not immediately known. Press reports said the Los Tequileros gang, which is affiliated with a powerful drug cartel called Jalisco Nueva Generacion, staged the broad daylight attack.

The gun attackers always target shopping malls, schools, and public parks, they kill innocent people and spread horror in the society. The gun control law is very much there in the United States but there is a need for reforms in the gun laws to control the insane shooting in which mostly innocent people are being victims.

According to recently published statistics from the Centers for Disease Control and Prevention, the most recent year 2020, more than 45,000 people have died from gun-related injuries. That figure includes gun murders and gun suicides, along with three other, less common types of gun-related deaths tracked by the CDC.

After the year 2020 there is no pause in the gun-attack events in which hundreds of innocent people lost their lives.

It’s time to act seriously and do reforms in the US gun laws and implement them in its true spirit to ensure the safety and security of common people.