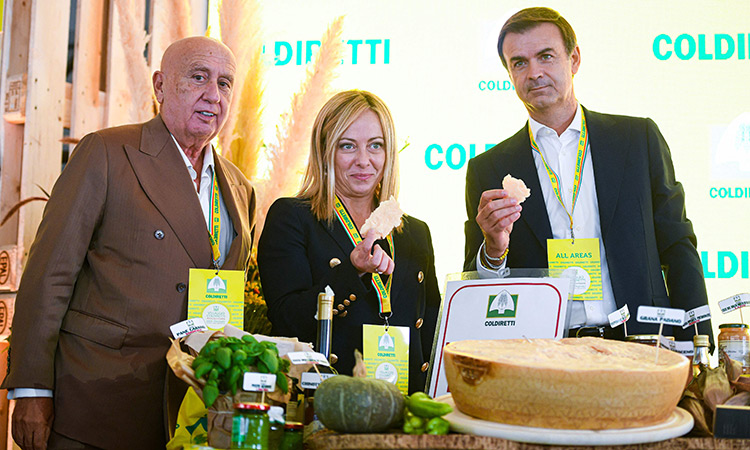 Since World War II, 30 prime ministers have presided over the 67 governments that have marked Italy’s uniquely unstable political life. On Sept. 25, Italians elected Giorgia Meloni, leader of the far-right Brothers of Italy party, into power. Meloni will be the first woman to lead the country, but she will also be the nation’s only prime minister to have praised — though several years ago — fascist dictator Benito Mussolini as a great statesman rather than acknowledge him as one of the great criminals of 20th-century European history.

In less than two weeks, Meloni will enter the chambers of the Quirinale, the palace in the center of Rome that was once the residence of popes and kings, to receive the mandate to form the government with a parliamentary majority that is the second largest since 1948.

Determined and shrewd, Meloni is not blind. She knows that there are limits to what she will be able to implement from her far-right ideology. The voters who chose her — 1 in 7 of those eligible to vote and 1 in 4 of those who went to the polls — are not all nostalgic fascists. Some certainly are, perhaps 2% to 4% of total voters, equal to the votes that Brothers of Italy obtained in the previous elections. Most of the others were drawn to her because Brothers of Italy was the only opposition party in the last legislature. Since the corruption and economic crisis that hit Italy at the end of the last century, Italians have constantly been looking for a voice against the establishment: media mogul Silvio Berlusconi, the secessionist League party, the populist Five Star Movement and now, the last remaining option, Brothers of Italy.

Since the 1990s, Italy has been the only advanced economy that stopped growing. In 1995, Italy’s productivity was higher than America’s, according to data from the Organization for Economic Cooperation and Development. Today, it is lower than that of almost all European countries. Political crises and economic crises have fed into each other.

Even after Mario Draghi, the outgoing prime minister who still enjoys high approval ratings in the polls, Italians wanted to voice their discomfort with the country’s decline — and a desire for the lost well-being that the current generation has never known.

Meloni joined a far-right organization when she was 15 and grew up working as a political activist. Because of her extremism, she remained on the sidelines of power even when she became the leader of Brothers of Italy.

In her rhetoric, Meloni has framed Italy as a victim and blamed external forces, such as Europe, Germany and international financial institutions, for its woes. Recently, however, she’s toned down her language. She has avoided illusory promises and claims of revenge. Instead, she speaks of facing the country’s challenges as something “that makes your wrists tremble.” She is right, and this knowledge of the difficult task ahead can help her adopt a pragmatic line.

Four years ago, some Italian politicians proposed leaving Europe and the euro. Today, no one, including Meloni, would do so. The economy has received generous assistance from European partners. The pandemic crisis has been managed better than expected. Political leaders under the spell of Russia and China have been discredited. Meloni is looking up to Draghi, who has shown that Italy’s Atlantic and European roles can have an impact and be rewarding.

Meloni will still use the nationalist rhetoric that accompanied her political rise, but she knows that without the aid of the European Union and the support of the European Central Bank, Italy would sink. The European sanctions against Hungary, under far-right autocratic Prime Minister Viktor Orban, prove that aid is conditional on a country’s respect for civil rights, the independence of the judiciary and freedom of the press. The U.K.’s Brexit disaster is another timely cautionary tale against anti-Europe temptations.

The relationship with Italy’s Atlantic allies will be less problematic. Brothers of Italy uses the same political frame as former President Donald Trump in defending what Meloni confusedly defines as national interests, calling for “Italians first.” Yet she condemned Russian President Vladimir Putin’s invasion of Ukraine and supported the North Atlantic Treaty Organization’s intervention in Ukraine.

Despite her support of anti-immigration policies, she seems aware that the country’s security is linked to its Atlantic and European partners, who also need Italian commitment in the Mediterranean to address terrorism, immigration control, orderly development of the African continent, energy security and climate change.

In North Africa, Italy plays a critical role in NATO. With its partners, Italy supports peace negotiations in Libya and opposes Russian interference. It is another paradox of history that a leader who has not convincingly repudiated fascism must play a constructive role in the lands of Italy’s colonial wars.

Italy’s important role in the NATO alliance remains clear: the Aviano Air Base, housing the U.S Air Force’s 31st Fighter Wing, as well as the strong presence of the U.S. Navy’s Sixth Fleet in Naples. Several of Meloni’s emissaries visited Washington in the past month, and people close to Meloni tell me they expect her to request the allied governments to nominate an Italian to lead NATO. Inexperienced and now taking on responsibilities that she could not have imagined just a year ago, Meloni will make mistakes. Faced with a very difficult economic situation, she will not have much time for learning. However, the external constraints to her action are powerful. So are the constraints within the country, where Italians are always ready to assert their tried and paradoxical form of checks and balances: to vote against anyone who governs. 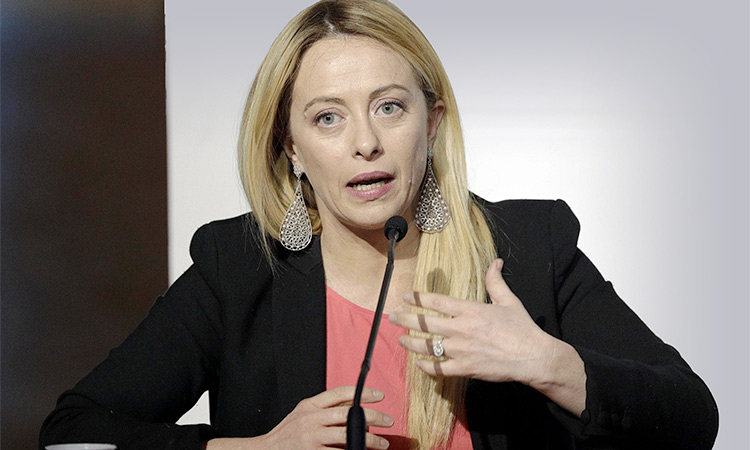 Is Giorgia Meloni a far-right firebrand or moderate?

As Giorgia Meloni becomes Italy’s first female premier, the world is watching closely to see whether she will emerge as a firebrand leader of a far-right party