So much for Truss being reincarnation of Thatcher - GulfToday 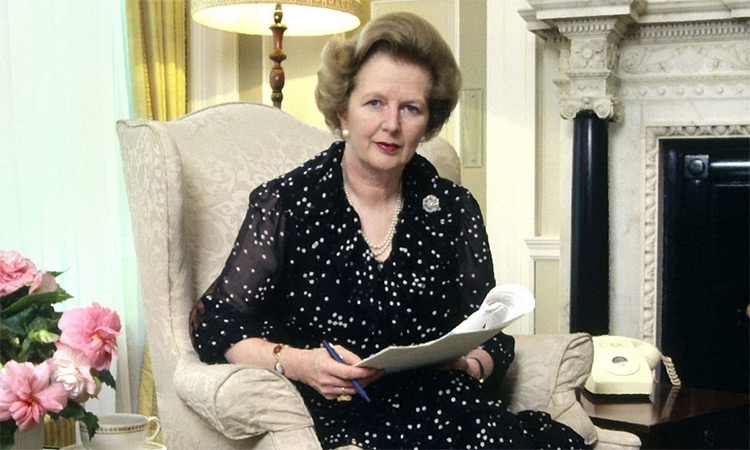 Rarely, outside of rallycross and supermarket car parks frequented by joy riders, can a U-turn have been executed so rapidly. The plan to ditch the 45p top rate of tax has been scrapped.

The emblem of the drive to make the British abandon their obsession with “fairness” is no more. So much for the “plan for growth”, then. So much for Kwasi Kwarteng. So much for Liz Truss being the reincarnation of Margaret Thatcher — “the lady’s not for turning”. So much, indeed, for the Conservative Party.

Only about 10 days ago, Kwarteng, in all his pomp as the new chancellor of the exchequer, declared that Britain was “entering a new economic era”. It was essential, he told parliament, that taxes be lowered in order to unleash the potential of the country.

Specifically, abolishing the top “additional” rate of taxes on earnings above £150,000 would: “Simplify the tax system and make Britain more competitive; it will reward enterprise and work; it will incentivise growth; it will benefit the whole economy and whole country.”

The prime minister was equally bullish during her BBC interview with Laura Kuenssberg. Truss was asked if she’d drop the plan to help the rich and she said “no”. Truss, in that patronising way of hers, explained that it was central to her project to “simplify and lower taxation”. Now, it isn’t. Now this most symbolic of the so-called “mini-Budget” measures is a mere “distraction”. Distractions never bothered Thatcher. The Tories, their conference and their government now look chaotic, even by their standards. We’ve had three chancellors in as many months – and may get another by the end of the year. Day One of the Tory conference, and it’s an omnishambles.

Somehow, Truss and Kwarteng have contrived to get the worst of all worlds. Tax cuts for the rich — paid for by cuts to social security payments for the poor — made the party look callous and divisive.

That might have been turned to political advantage, as indeed they tried for a while — stressing that wealth creation is more important than wealth distribution. Tough decisions were needed to reform growth and reward entrepreneurs, they said: growth trumps fairness.

But no longer? In making this U-turn they simply look like they don’t know what they’re doing. There will be no thanks from the public, and their already dire poll ratings will suffer still further. Tories should now ask what Liz Truss is for. Whatever reputation Liz Truss had for being a potentially strong Thatcheresque leader has been destroyed. She told her party she was ready to do “unpopular things”. She was going to “deliver”.

Faced with some criticism from the likes of Michael Gove and Grant Shapps, Truss has capitulated. She did not face her critics down. She gave in. Where was the defiance? Where was the threat to remove the whip?

All of a sudden we’re back to the kind of dither and delay Theresa May became notorious for; and the kind of speedy U-turns Boris Johnson was infamous for. Truss has got no credit for her initial policy, but also no thanks for scrapping it. The energy price guarantee, which was widely and warmly welcomed, has been contaminated and overshadowed. That’s quite a reverse political Midas touch.