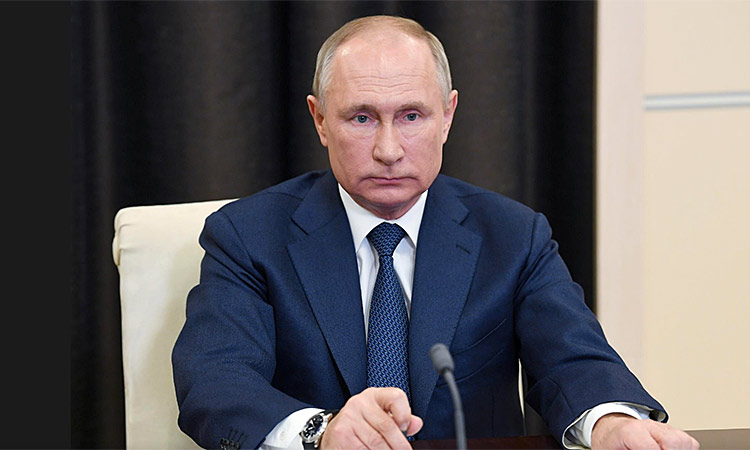 The war aim of Russian President Vladimir Putin on February 24 this year was to replace the Ukrainian government of President Volodymyr Zelensky and dismantle “the Nazi elements” in Kyiv. But Putin soon discovered that the capture of Kyiv and the regime change in Ukraine is not a feasible military goal. So he shifted the war to the eastern front where regions like Donetsk, Luhansk in Donbas region seemed realistic targets because the Russian-speaking Ukrainians there seemed to be pro-Moscow. And ever since the annexation of the Crimean peninsula in 2014, the Ukrainian government was fighting the pro-Russian elements in this part to retain the territorial integrity of Ukraine. Even before he launched his military operation on February 24, Putin had recognised the pro-Russian establishment in Donetsk and Luhansk. The two other parts of Ukraine that Putin declared to be as part of Russia are southern Kherson region and parts of Zaporizhzhia, including the nuclear power plant. It is evident that these parts of Ukraine have been annexed through force and there violation of international law. The referendums in these parts that preceded the Putin’s Friday declaration and seen to be lacking in credibility. But Russia at the moment is not willing to abide by international law because it feels that its existence is threatened by a West-friendly government in Kyiv, and that Russia somehow is defending its own existence. Donetsk, Luhansk, Khersov and Zaporizhzhia will be used as buffer zones in its outlying areas against any military encroachment by a Ukraine supported by Nato.

Russia will have to defend these annexations acquired in the course of a war with military strength. But Russia’s military strength is not really superior to that of Ukraine going by the military setbacks in the eastern parts, and the Ukrainian army is pressing forward with its advantage. So there is intense fighting ahead in Zaporizhzhia and in Luhansk, and Russian forces will have to defend their new territory. It does not seem that Russians can withstand the Ukrainian onslaught in the next few weeks and months. The Russian annexation, excepting Donetsk, then is not a settled issue. That is why Putin has for the first time since the beginning of the war has said that Russia is ready to negotiate with Ukraine. And Putin also feels that he has taken what he wanted to – Russian-speaking parts of Ukraine – and he would only be too ready to negotiate a peace agreement. But Zelensky has made it clear that every inch of Ukrainian territory occupied by Russia through force, including Crimea, will be retrieved by Ukrainian forces because he believes that the territorial integrity of Ukraine is not negotiable. Zelensky is ready to fight a long war, and Putin is eager to end the war.

Both the United States and the Nato have so far only supported the Ukraine. They have not entered the war. Ukraine is not yet a member of the Nato. It should be remembered that Russia was objecting to Ukraine joining Nato, and it was at least one of the reasons, unstated of course, for the Russian invasion of Ukraine. The European Union (EU) countries, as well as the United Kingdom, Canada, Australia and Japan have condemned the Russian invasion and they are willing to support the war effort of Ukraine. And so far, Ukrainians have shown grit and determination to fight the Russians, and the Russians have now learnt the hard way that the Ukrainians are no pushovers. At some point in the near future, Ukraine and Russia have to get to the negotiating table, and both have to show flexibility. Ukraine may have to yield those territories, which have a Russian-speaking majority, and Russia may have to return the Zaporizhzhia nuclear power plant to Ukraine. The negotiations will be hard and long-winded. 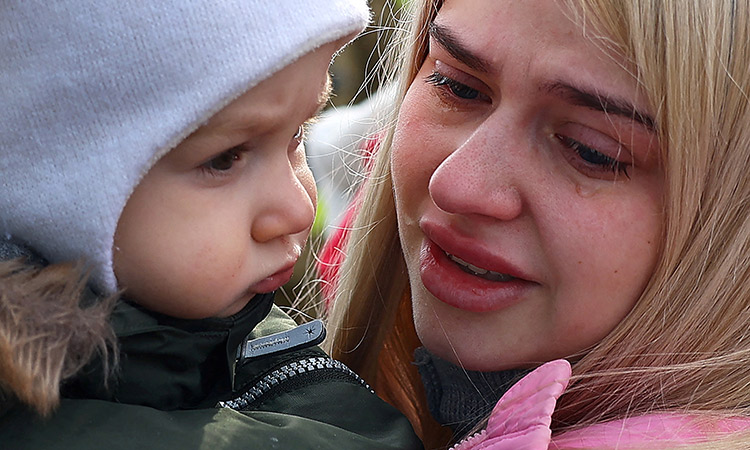 From France to the UK and the US, much of the media coverage of the war in Ukraine has been saturated with racial bias. It’s dangerous, if unsurprising. Russia’s president, Vladimir Putin, ordered his forces to enter Ukraine on Thursday, following weeks