Pound is sinking — and it’s bad news for Tory Party 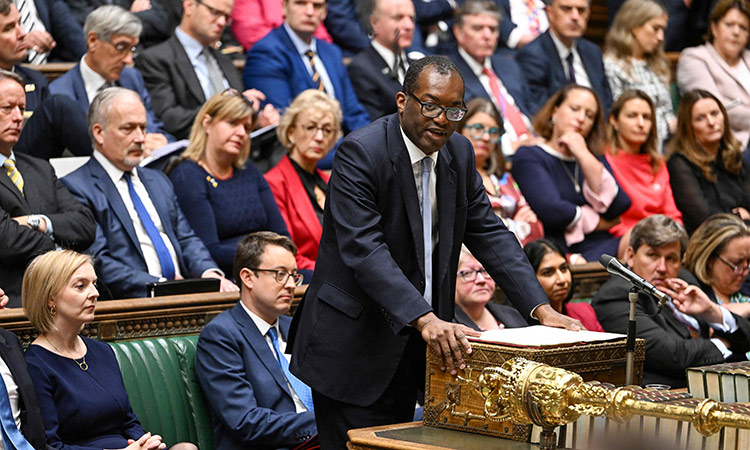 Britain’s Chancellor of the Exchequer Kwasi Kwarteng unveils an anti-inflation budget plan at the House of Commons in London. File/Reuters

Why is the pound sinking? The worst performance, among major currencies, is against the dollar — which is especially bad news, because so many commodities (notably oil) are traded in US dollars. Generally, when times are volatile, investors tend to flee to safer currencies and assets and the dollar is a default “safe haven”.

It’s debatable why, but it’s a habit that investors don’t seem to want to kick. So the pound has done especially badly against the US currency, but it’s also weak against the euro, the “trade weighted” basket of currencies and in real (inflation-adjusted) as well as nominal terms. So there’s something peculiar to the UK that is going on.

It’s no coincidence that an already weak currency fell even further soon after markets digested the contents of the UK chancellor Kwasi Kwarteng’s speech outlining the mini-Budget on Friday. The broad consensus is that the radical package of tax cuts will fuel inflation, just as many predicted. So, if you buy pounds — or put your investments into sterling-denominated assets, such as shares or property — then they will be worth less in future, because inflation will erode their buying power. The fact that Kwarteng briefed newspapers over the weekend that there are even more unfunded tax cuts to come seems only to have convinced international investors that there’s a maverick in charge of the British economy. Arrogant and reckless as he appears, they don’t seem to think he’s going to change course. They judge he’s going to make matters even worse. That’s his problem, as far they are concerned.

Against that, we have the poor old Bank of England raising interest rates — which should help shore up the currency by giving investors a better yield or return on their British assets. But the feeling seems to be that the Bank isn’t moving fast or far enough yet to boost those returns – or, moreover, to persuade investors that the Bank is determined enough to squeeze inflation out of the system. Investors think Kwarteng’s tax-cutting plan is so bold that the Bank will have difficulty keeping up with the amount of money gushing into an economy running at full capacity with a shortage of labour — which will simply generate even more inflation.

The credibility of a central bank in protecting the buying power of a nation’s currency is crucial to instilling confidence in overseas (and, indeed, domestic) investors. It is hard won and easily lost. One of the many unforced errors by ministers during recent weeks were the heavy hints dropped by Liz Truss and Kwasi Kwarteng that they’d rather like the Bank to be more sympathetic to their growth agenda and less bothered about prices.

There was talk about changing the Bank’s mandate, and Kwarteng suggested that he’d be meeting the Governor of the Bank, Andrew Bailey, weekly to “discuss” policy, which sounds very much like a euphemism for hard-pressing Bailey to keep rates lower than they should be, until the plan for growth bears its luscious fruits. Thus was a quarter-century’s worth of credibility built upon the operational independence of the Bank of England casually chucked away. Almost as worrying for those watching the way the British run their economy was the summary dismissal of the permanent secretary at the Treasury, Sir Tom Scholar. Scholar was dismissed almost as soon as Kwarteng got his feet under the chancellor’s desk — and the prime minister, so far as we know, made no objection. It looked very much like Scholar attempted to reason with Kwarteng about his growth plan — and the chancellor was having none of it.

Kwarteng and Truss have also made disparaging comments about “Treasury orthodoxy” stymying growth; but the Treasury was often as not merely reflecting market sentiment – and the markets rather like having a Treasury that pays attention to inflationary risks.

As with the Bank of England, it looks very much as though Truss and Kwarteng are operating a purely political gamble, one that their own advisers think is unwise — and the Bonny and Clyde of the UK are just going to carry on on their spree.

The institutional brakes are off. We should be grateful, therefore, that the markets are sounding an unrest that even Kwarteng and Truss cannot ignore. Or, at least, you’d hope so.

Underneath all this is Brexit, of course — and the slide in Sterling that has been happening, on and off, since the 2016 referendum. As a great trading nation that depends for its livelihood on buying and selling goods and services on overseas markets, Brexit was always going to be bad news.

If the additional barriers now in place with our largest market are not compensated for with some ambitious trade deals with other large and/or fast growing markets, then the currency will need to be devalued to keep exports competitive — and with a tough regime on the domestic economy to stop imported inflation driving wage demands (and costs) higher.

We know now that trade deals with the US and China are far, far away. As for India — due soon — the smaller deals aren’t enough to compensate for leaving the single market, an easy source of labour and smooth supply chains.

Even if British goods and services become much more competitive, the country is in a poor position to capitalise on the potential advantage because of a lack of resources (mainly labour) and inferior access to the EU. The plan for growth won’t change any of that.

In the end, it’s a question of confidence. International investors aren’t easily swayed by the kind of boosterish rhetoric that cheers up Tory backbenchers — and so it has proved. They’ve seen many a spurious “plan for growth” come and go, and they don’t believe that Kwarteng’s will work, either. They see it rather coldly for what it is: a pre-election boom; or, at best, an ill-fated and desperate dash for growth. Either it gets reversed, the Bank of England gets serious, or the pound will continue to slide until it reaches such a level that the economy finally makes some painful adjustments — which will mean a devaluation-driven squeeze on wages and living standards. Something has to give. The markets can get things wrong, because, for all the algorithms and forecasting tools, they cannot see the future. But they cannot be argued or pleaded with (or fooled) by ministers in the way voters or perhaps even journalists can.

Out there on the world’s financial markets, there has been an early vote of no confidence in Truss and her government. She’s lost it — and it’s not one the whips or a slavishly supportive press or anyone else is going to be able to reverse. 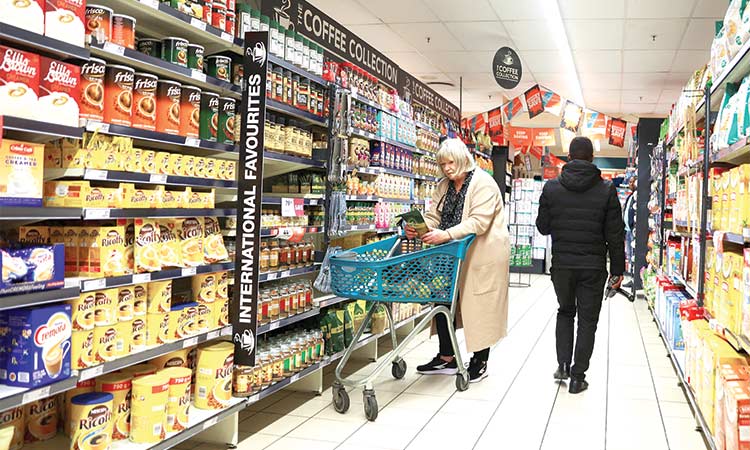