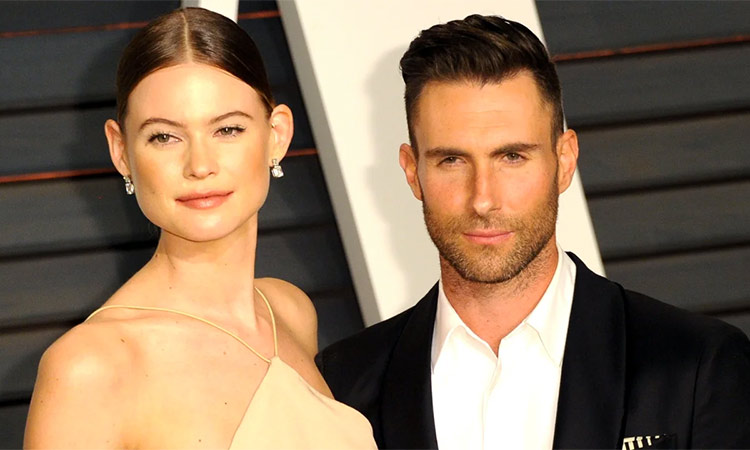 Type the name Behati Prinsloo into Twitter and, complete with a beaming photograph of the Namibian supermodel and the endorsement of 16,600 “favourites”, the first words you read are of disbelief, following the alleged unfaithfulness of her husband, Adam Levine. “Proves that no matter how pretty, hot, or skinny you are, men will still cheat. Girls, love yourselves.”

For the benefit of anyone who hasn’t switched their phone on in the past 24 hours, this tweet is of course referring to the flurry of allegations spearheaded by Los Angeles Instagram model, Sumner Stroh, 23, that the Maroon 5 frontman, 43, has had multiple affairs and flirtations while married to his 34-year-old Victoria’s Secret angel wife of eight years (who also happens to be the mother of his two young daughters, with a third child on the way).

Social media’s response to the intensifying scandal has been predictable. Echoing the dismay elicited by the recent split of Emily Ratajkowski and Sebastian Bear-McClard (one tweet read: “Still can’t believe Em Rata got cheated on. There’s no hope for the rest of us”), the overarching take appears to be utter disbelief that aesthetically attractive women could fall victim to the scourge of infidelity. Because surely, that is an agony reserved for mere mortals who have not been blessed with the ab cracks and symmetrical cheekbones that come with a win of the genetic lottery. Except it’s not. What the popular trope doing the rounds fails to recognise is that unfaithfulness has less to do with the beauty or success of the jilted party, and a lot more to do with the cheater’s insecurities, desire for validation, and lack of self-worth.

You need only glance at the most prolific relationship scandals of recent months to see a pattern emerging. Take Prinsloo and Levine, Ratajkowski and Bear-McClard, and the perpetual woes of Khloe Kardashian and Tristan Thompson. The women — all three mothers — are wildly successful in their respective fields.Prinsloo has enjoyed a glittering catwalk career walking for an A-Z of the world’s most sought-after designers, as well as lobbying for critically endangered rhinos in her native Southern Africa. Ratajkowski is an actor, model and New York Times best-selling author, as well as being an outspoken advocate for women’s rights.

Kardashian has held the world’s interest through 20 seasons of Keeping up with the Kardashians and multiple reality spin-offs, much of which while running her Good American clothing brand now worth an estimated $7.65m. They are accomplished, glamorous, and wealthier than most of us can even dream of being. And yet all three have been plagued by whispers of infidelity. Whether rumour or real life (Tristan Thompson has admitted to his inclination for serial cheating, but the jury remains out on both Levine and Bear-McClard), the point is who you are and what you look like means nothing if the person you are in a relationship with is unhappy or unfulfilled inside themself.

Behavioural psychologists have spoken extensively about the mental impact of romantic betrayal, an act that is said to trigger trauma and issues including anxiety, depression, and grief. Even that topline summation should be enough to deter anyone from hurting someone they profess to love, but sadly human nature doesn’t always work that way.

Adam Levine has already pushed back on Stroh’s claims, conceding he “crossed a line” with his flirtatious messages while categorically denying any kind of physical affair. Allegations from other women have since emerged, though at least one of those has been proven to have falsified the texts she claimed he sent her.

The outcome of this story remains to be seen, but even a stalwart showbiz couple like Prinsloo and Levine couldn’t help but be rocked by such sensational accusations.