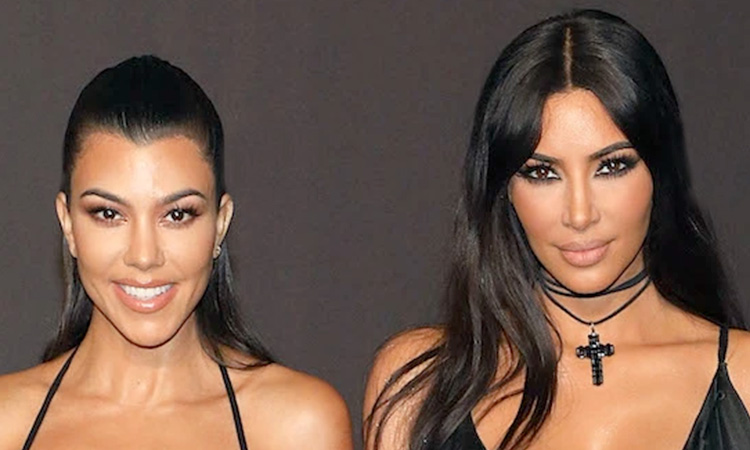 People are getting tired of the Kardashians. No really, there has definitely been a shift in the tide of Kardashian worshipping over the last few months. However, is it enough to get them cancelled? Absolutely not. This week we take a look at how the Kardashian/Jenner clan seem to be able stay relevant regardless of everything.

One of the latest outrages involves the eldest Kardashian, newly married Kourtney. After wedding drummer Travis Barker in a lavish, or some might say garish, ceremony in Italy which appeared to be sponsored by Dolce and Gabbana, Kourtney has angered climate change activists by being named sustainability ambassador of the fast fashion brand Boohoo. Kourtney appears oblivious to her and her family’s environmental impact as they continue to take their private jets for ten minute trips. But is this enough to get fans to stop supporting her? No it is not and she has just launched her latest brand Lemme, which specialises in vitamins and supplements.

Kim continues to hop from one drama to another. Back in May she wore Marilyn Monroe’s Jean Louis gown to the Met Gala. She claimed that she had lost over 7kg in three weeks to be able to fit into the gown. The Kardashians have long been accused of promoting impossible, fake beauty standards and this comment didn’t go down lightly with eating disorder groups who claimed that vulnerable people could be easily influenced by such an irresponsible comment. But that has long been forgotten and Kim is enjoying launching skin products and more clothes.

It seems that no matter what goes on in the Kardashian/Jenner group, they always end up on top. Their mother, or momager as she calls herself, Kris Jenner is a master at spinning anything into gold, including any scandal that may arise involving her family.