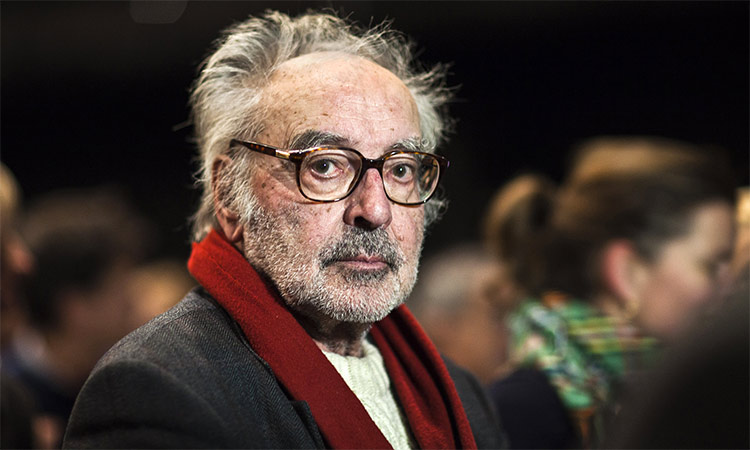 French New Wave director Jean-Luc Godard, who died in Geneva at the age of 91 on September 13, through assisted suicide, which is legal in Switzerland, lived and died as a rebel. He came from a well-off family, and he became interested in cinema and politics in Paris. He was part of a group of young people who contributed to Cahier du Cinema, the film journal, along with founder Andre Bazin and fellow-New Wave director Francois Truffaut in the early 1950s. The young people were deeply dissatisfied with the post-World War II French cinema scene, which these critics felt were a dead weight.

And they wanted to break the framework of what they considered the traditional ways of making movies. Truffaut’s “400 Blows” was the first New Wave which came out in 1959 and won a prize at Cannes and gave a clear glimpse of the New Wave way of filmmaking. It was a nice mix of Italian neo-realism of the late 1940s and early 1950s, where drab life of ordinary people was captured with a touch of poetic frames. Godard’s first movie, “Breathless”, made in 1960, came as a shock because there was no staid continuity in the storyline, the scenes were abruptly cut, and the screenplay appeared to be without any structure.

But what emerged was a poetic movie because the faces and the expressions were captured in their mobile state. There was no rehearsed way of delivering the dialogue. It appeared to happen instantly. And that is how indeed Godard made “Breathless”. Even today, the fans of Godard go ecstatic when they speak about “Breathless” and its revolutionary mode of filmmaking.

Unlike his fellow-New Wave filmmakers, Godard did not confine his rebellion to making films. He stuck his head out and made political statements on screen and on the streets. His second film, “The Little Soldier” was initially banned by the French government because Godard took a critical view of the French role in the Algerian war. And in 1968, when student protests broke out in Paris, and shook the Charles de Gaulle government, and de Gaulle had to exit office, Godard was out there among the protesters, and he did not allow the Cannes film festival to be held that year, in solidarity with the protesters. He continued to make film at a frenetic pace, about 70 of them by the end of his life, and even when his failed to enchant like his first one, “Breathless”, he continued to engage with cinema. And he remained uncompromising both in his filmmaking and in his views.

He was known for his antisemitic views, but he never backtracked, and nor did his admirers though they did not suppress his antisemitic views, continued to admire him as a cinematic genius. In a statement Godard said all the peoples of the Mediterranean were semitic, and it is only after the Holocaust of the Second World War, that the world antisemitic was used specifically for Jews. He did not much care for awards, and when the Honorary Lifetime Oscar was given to him, he did not go to receive it, and nor was he thrilled.

But he has a troubled early life. He stole money from friends and others, and he said he used it for seeing movies. This habit landed him in prison as well as in a mental hospital for a while. And all this was before he made his first movie in 1960. He was not traumatized.

He remained his confident, even cocky, self, and spoke with authority and even contempt on men and matters. Godard will be analysed and rediscovered by future generations because there is much thinking that went into his filmmaking.