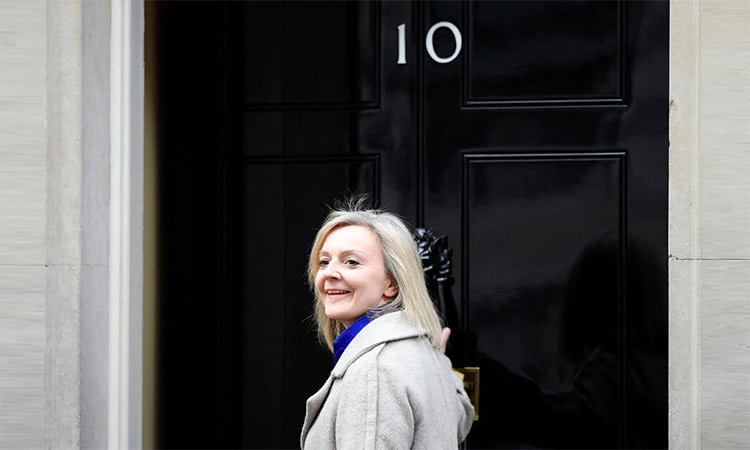 “I say good luck to her — and she might need it!” said Michael Harris, a supporter in Swaffham on the fringes of her seat in southwest Norfolk.

“We can’t keep blaming (Russian President Vladimir) Putin, global warming,” he said of the inflationary crisis — primarily driven by soaring energy prices — that is set to dominate the start of Truss’s tenure in power.

“Things have to be resolved by politicians,” he added. Elsewhere in the town of around 7,000 residents, people swelled with pride that their local MP would now reside in 10 Downing Street.

Horton was among the nearly 142,000 Tory party members to vote in the contest between Truss and former finance minister Rishi Sunak, which she won with 57 percent of the returns.

“I am very proud to be in her constituency,” he noted.

Truss, an MP since 2010, has won her South West Norfolk seat four times, consistently securing around 65 percent of the vote.

It is typical of largely rural constituencies across England that traditionally return Tory MPs.

The Union Jack flag flutters in the breeze around town, while signs of this summer’s celebrations for Queen Elizabeth II’s Platinum Jubilee are still visible at pubs like the Red Lion. A market has been held on Saturdays in the central square going back centuries. But the Conservatives’ hold on such places could be under threat from the resurgent Liberal Democrats, following Boris Johnson’s scandal-tarred tenure and amid the cost-of-living crisis.

“It’s very difficult at the moment, everything is going up,” said Allen, who predicts the coming winter will be “very difficult”.

Harris noted Truss had solved several unspecified local problems and predicted that her state school education and no-nonsense attitude could work in her favour.

“I think she can be the people’s prime minister,” he declared. However, her flagship policy -- immediate tax cuts -- was not among Harris’s top priorities, as he demanded more urgent help for people struggling.

“In the last week, I met old people, they couldn’t pay their heating bills,” he said, noting without drastic support they would be left with a stark choice: “eat or heat”.

Britain currently has the highest inflation in the G7, topping 10 per cent for the first time in decades.

Energy bills are set to rise by 80 percent in October, with another dramatic hike expected in January. Martin Childs, on a lunch break with colleagues at a pub, said Truss had been too vague about her plans to tackle soaring bills. “Her policy seems to zigzag everywhere. It’s not clear what she intends to do with our current problems,” he said.

“Unless they solve those energy crisis problems, we are going to face very big problems,” he concluded. Truss opponents eager to talk were hard to find on Swaffham’s streets, but polls suggest she takes power with some of lowest popularity ratings ever seen for a new prime minister.

“She wasn’t my choice - let’s see what happens,” said one 70-year-old man, who added Monday’s result had left him “feeling low”.

“Liz Truss? No thank you,” said another woman passer-by. Youngsters in particular appeared the least enthused.

“At the end of the day, what they do doesn’t have impact on my life,” said one 20-year-old girl when asked about Truss, adding the ruling Conservatives had done too little to help with inflation.