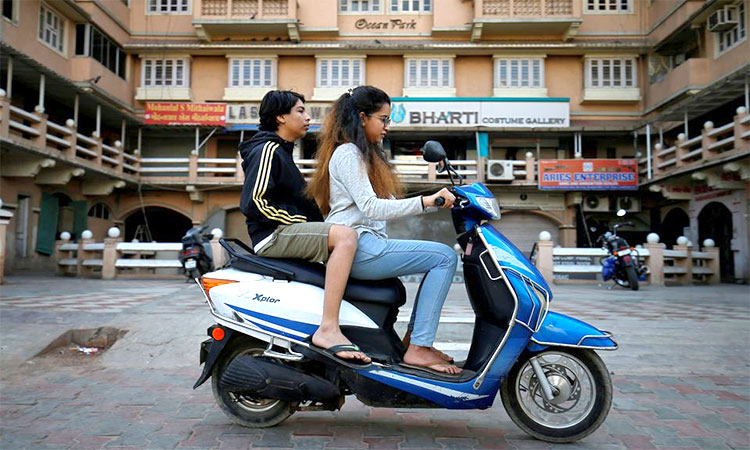 Studies are predicting a huge growth in demand for electric scooters in the Indian market. The sales of electric two-wheelers will jump to 78% of the total two-wheeler sales in the country by 2030, helped by government policies, technology, infrastructure, and consumer acceptance, a report by Redseer Strategy Consultants has said.

A Live Hindustan list of the five best-selling electric scooter companies in India in July shows a tremendous jump in the demand for e-scooters. It states that electric two-wheelers in India are seeing a growing demand with more and more companies and start-ups getting involved in their manufacturing. A recent report by the Indian government’s think tank, NITI Aayog, and Technology Information Forecasting and Assessment Council (TIFAC) forecast 100% penetration of electric two-wheelers in the Indian market by 2026–27 in an optimistic scenario, as highlighted by Mongabay-India. The report has developed eight scenarios to highlight the future penetration of electric two-wheelers in the country. The report, however, states that in a scenario where current incentives are withdrawn by 2024, India will achieve only 72% penetration by 2031.

The report, ‘Forecasting Penetration of Electric Two-Wheelers in India’, which predicts the future of electric two-wheelers using eight different scenarios — challenged diffusion, performance-driven, low battery cost, technology-driven, incentive-driven, battery cost challenged, same performance, and optimistic scenario. Among these, the optimistic scenario predicts 100% penetration of electric two-wheelers by 2027. Maximum penetration, of 71.54% by 2031, is in the technology-driven scenario, even if demand incentives are withdrawn after (financial year) FY 2024. “With no technological improvement and reduction in battery cost, a penetration level of 21.86% only can be achieved even if incentives are continued till FY 2031. A combination of technological improvement and incentives can achieve 100 percent penetration,” the report said.

Under technology driven scenario, the report projects how technology can play an important role in reducing the cost of the battery and other components. It provides insights into the required infrastructure, manufacturing capability, policies, and technology-development priorities for EVs and noted that technology improvement and battery cost reduction are crucial for the electric mobility industry. The report adds that the sale of electric two-wheelers may cross 22 million units in FY 2028-29 under the optimistic, same performance and battery cost challenged scenarios. It may reach 18 million units under the technology-driven scenario. Under the incentive-driven scenario, sales are expected to reach 5.5 million units in FY 2031. The future scenarios of electric two-wheelers have been constructed on the basis of three major factors that influence the market penetration of electric two-wheelers: demand incentives, cost of the battery, and vehicle performance in terms of both range and power.

The Mongabay-India report points out that in India, two-wheelers are the preferred mode of personal transport for most of the population. Citing the India Transport Energy Outlook released by the Council on Energy, Environment, and Water (CEEW), a Delhi-based non-profit policy research institution, in July, it states that India is one of the biggest and fastest-growing two-wheeler markets. The share of internal combustion engine two-wheelers and three-wheelers is 84% of total vehicle sales in India.

However, what could impact the growth of electric vehicles (EVs) is the issue of safety. The range of EVs (how far they can go after charging) is another major challenge. Technology improvements are crucial because it can heavily contribute to market penetration. Industry experts say that safety and range are the two main hurdles in India’s transition to EVs. According to the NITI Aayog’s report, improvements in performance over three years, along with the improved battery, can drastically increase penetration, overcoming the impacts of withdrawal of incentives.