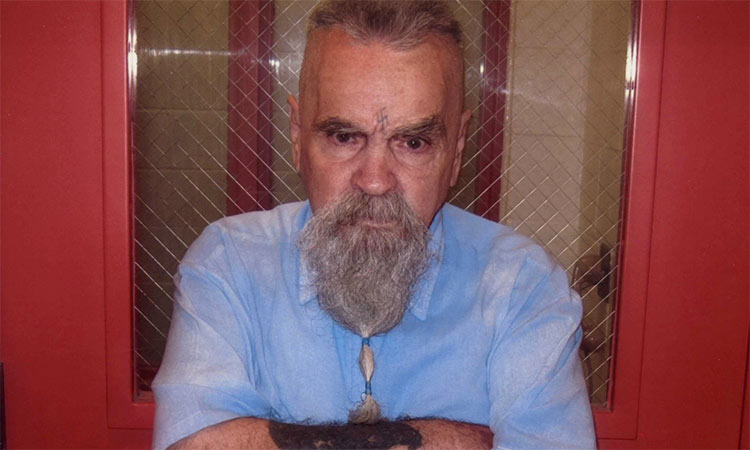 A depressing and pathetic battle is going on in a Los Angeles courtroom to win control of the paltry belongings of the notorious murderer and cult leader Charles Manson. All that is at stake in the dispute over his will are the clothes he owned and maybe two or three guitars — the stuff he had at Corcoran State Prison when he died in 2017. Some personal writings. Maybe the rights to a couple of songs he wrote that were commercially recorded.

Not much. But enough to generate five years — so far — of legal battling. It starts up again in a hearing Friday in LA County Superior Court.

Why would anyone care about the few remaining possessions of a deranged man who spent more than 40 years in prison?

Well, because they’re worth more than they should be, of course. Even the used clothes of the old psychopath, it turns out, have a value to collectors of true-crime related souvenirs. The scribblings could bring in substantially more.

“Murderabilia,” as it’s sometimes known, does a lively trade. Just two weeks ago, a wristwatch that belonged to Adolf Hitler sold for $1.1 million at an auction in Maryland.

I can just imagine it: “Yes, ladies and gentlemen, you too can wear on your wrist this extraordinary gold timepiece from the man who invaded Poland and launched the Final Solution!”

Other murderabilia collectibles that have gone on the market in recent years include paintings by John Wayne Gacy, who raped, tortured and murdered at least 33 young men and teenage boys in the 1970s. His paintings have been valued at thousands of dollars each. People have also sold sod from the backyard of the Sacramento boarding house run by serial killer Dorothea Puente. That’s where she buried her victims.

Silverware supposedly taken from the apartment of killer, cannibal and sex offender Jeffrey Dahmer is advertised online for hundreds of dollars.

In a world where fans will pay for fingernail and toenail clippings from infamous mass murderers, there’s undoubtedly good money to be made from Manson’s old guitars.

Only two of the original contenders for the cult leader’s estate are still in the running: his putative grandson, Jason Freeman, and a collector, Michael Channels, who befriended Manson and has a copy of a will he claims Manson signed leaving everything to him. Freeman is seeking to prove he is who he says he is. Channels is trying to show that the will he possesses is legal and valid. Just a few weeks ago, Manson’s half-sister dropped her claim. On one level, this is an old-fashioned inheritance melodrama. Conflicts among would-be legatees with dueling wills or secret codicils or surprise paternity revelations are an old story and always good for thickening a plot. Think of the will of manipulative old Mr. Featherstone in George Eliot’s “Middlemarch,” or the generations-long inheritance case of Jarndyce and Jarndyce in Charles Dickens’ “Bleak House.” (Spoiler alert: In “Bleak House,” years of legal costs ultimately consume the entire Jarndyce estate.)

But the Manson case is not just any old contested will case. The drama is heightened by our American obsession with celebrity.

And the murderabilia aspect adds another twist. The urge to collect grisly souvenirs is reminiscent of something far, far older — the veneration of religious relics in medieval Europe. In those days there was a significant trade in the hair, teeth, bones, fragments of clothing and other remnants of beloved saints and martyrs, often believed to have talismanic healing powers.

Still, it’s one thing to venerate St. Francis Xavier’s arm or the tongue of St. Anthony of Padua. They’re saints, after all. It’s quite another to covet the socks, fingernails or hair of a Manson, Dahmer or Gacy. Seeking to understand why so many Americans are obsessed with evildoers, I called Scott Bonn, a criminologist and author of “Why We Love Serial Killers.” He notes that serial killers are “exotic, rare and deadly.” Because they walk a line between humans and beasts, because they take evil to the extreme, we are fascinated by them and we make “celebrity monsters” out of them.

“They have a following,” says Bonn. “If people can own something held, handled or made by these celebrities, it’s exciting.”

I don’t get it. It’s creepy to purchase things because they’ve been touched by villains and lunatics. What’s more, it’s exploitative. Imagine how victims’ families feel seeing the paintings of serial killers — or the cutlery of cannibals — on sale. Still, in an article in Rolling Stone, Channels spoke about collecting as if he were a victim himself. “Many of the people who collect murderabilia are compassionate, honest, god-fearing people who are silent about their interest in the hobby because of the stigma it carries with it,” Channels said.

People have always been fascinated by history, by notoriety — and by murder, the more violent the better, going back to Jack the Ripper and before.

Criminology museums date to the late 19th century. Murder narratives go back to biblical stories, to ancient mythology and folklore. Collecting items associated with such stories must make it all feel a little closer and a little more morbidly thrilling.