College campuses can be venue for democratic revitalisation - GulfToday

On July 11, Sen. Elizabeth Warren and Rep. Nikema Williams introduced the Youth Voting Rights Act, which if enacted would be perhaps the most significant expansion of voting access for young people in more than 50 years. It’s the second major action intended to make voting easier for young people, including and especially college students, in just the past few months, following an April Dear Colleague letter from the Department of Education to every college campus in the United States reminding them of their obligation under the Higher Education Act to conduct voter registration efforts at their institutions.

To be clear, both actions were taken separately, by different public officials in different branches of the federal government. But their proximity in timing is no coincidence. There is a burgeoning student vote movement on college campuses throughout the country — one that could help revitalize US democracy. And national leaders are beginning to notice.

It used to be seen as gospel that college students don’t vote. That narrative simply isn’t true anymore. During the last two presidential elections, the college student voting rate grew from 52 percent to a record-breaking 66 percent, virtually matching the general population’s sky-high turnout while growing by 14 points — twice as much as overall turnout growth. During the last two midterms, the student voting rate more than doubled — from 19 percent in 2014 to 40 percent in 2018. And polling indicates a similar turnout rate is likely in 2022. Perhaps even more encouraging is the rising institutional support that is necessary to ensure these gains are sustainable. As of this week a record 413 college and university presidents have signed the ALL IN Campus Democracy Challenge’s Presidents’ Commitment, a pledge to strive for 100 percent registration and turnout rates among eligible student voters at their institutions. And in 2020, nearly 1,200 campuses (also a record) participated in the National Study of Learning, Voting, and Engagement, a study performed by Tufts University’s Institute for Democracy & Higher Education that provides an in-depth look into student voting behavior at the campus level. The Dear Colleague letter and introduction of the YVRA — which would, among other things, require public colleges and universities to provide voter registration services, guarantee that student IDs are accepted as voter IDs where required, and require public colleges and universities to set up a polling place for all federal elections — will fuel this movement further. But its potential benefit to our democracy goes beyond voter participation.

From protesting for civil rights and against the Vietnam War in the 1960s and 1970s to anti-apartheid protests in the 1980s, college campuses have long been home to movements through which young people have helped elevate issues on the national stage. In 2022, with our country’s democratic values and institutions backsliding, democracy itself could use a similar jolt of energy from the communities that house millions of our youngest voters. That’s why it’s vital that leaders, both national and local, seeking to support the rising student vote movement view voter participation as the start — and not the end result — of a deeper renewal of the civic values and practices that sustain democracy over the long term. The same elements that often make college campuses the center of protest movements — shared spaces that encourage social interaction, a common identity and the exchange of ideas — make them ideal places to foster a culture of active civic engagement, civil discourse across differences, and inclusivity.

At minimum doing so would help ensure institutions of higher learning help produce more informed and engaged participants in our democracy, especially among first-time voters, for whom the voting process is frequently habit-forming for life. But if history is any indication, widespread student movements are capable of impacting the rest of the country. 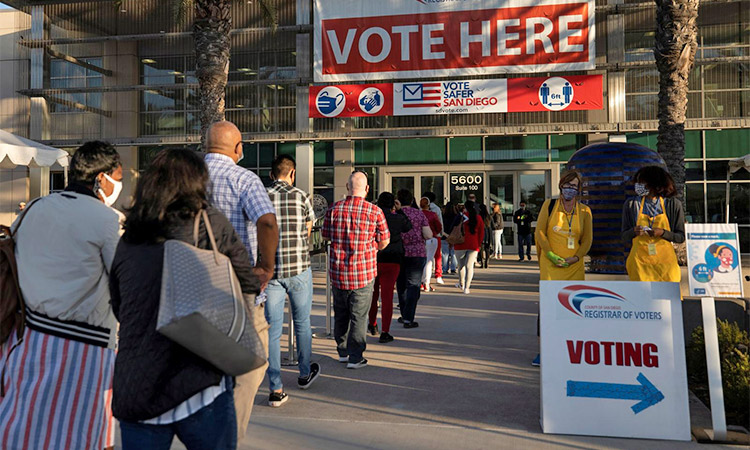 Republicans need to tell voters what their plans are

Mitch McConnell knew this would happen. For months, the Senate Republican leader had been telling anyone who would listen — other senators, party donors, even the occasional pundit — that the party should not run on a detailed 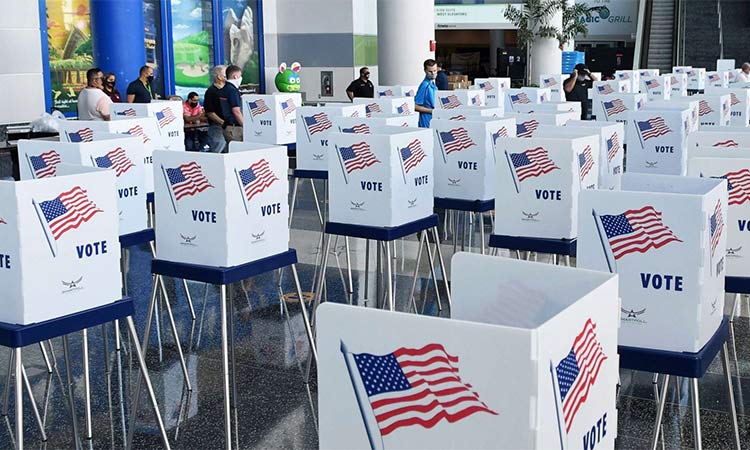 “State consti­tu­tional bans on gerry­man­der­ing in Flor­ida, Ohio, North Caro­lina, and other states could die, as could inde­pend­ent redis­trict­ing commis­sions in Arizona, Cali­for­nia, Michigan and other states,” according to the Brennan Center for Justice. That post was last updated June 30, the same date the Brennan

The Republican quest to stamp out alleged voter fraud has a new poster couple. It’s not any of those thousands of Texans whose mail ballots were tossed out under the strict requirements of the state’s new voting law. Their crime, in most cases,