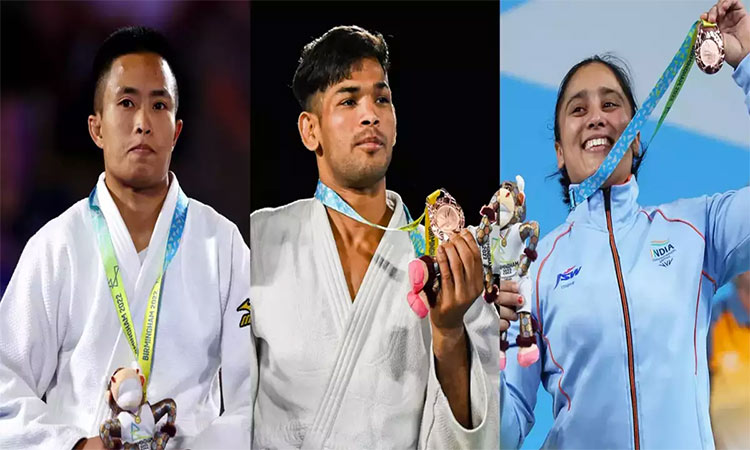 India has secured 66 medals with 22 gold, 16 silver and 23 bronze in the Birmingham Commonwealth Games.

India’s impressive medal haul of 66 with 22 gold, 16 silver and 23 bronze in the Birmingham Commonwealth Games came as a boost as the country was celebrating its 75th Year of Independence. It seemed that India is emerging as a sporting nation and not just an emerging economic power and an admirable democracy.

It has remained a taunt for a long time that India is a poor sporting nation, that its one billion plus population cannot produce a sporting hero. And over the years many arguments were offered, that India was a poor nation, and that a country with a large section of the population living below the poverty line and malnourished could not be expected to produce champions. Then the argument turned into one of sporting facilities and training.

But slowly, the country is producing champions, and of course there was a reduction in the number of people living below poverty line, malnourishment was reduced, and sporting facilities improved. And from doing well in one or two sporting events, Indian athletes have been performing well across events, from weightlifting to boxing to badminton and table-tennis to hockey and cricket, apart from track and field events.

So, there was a big cheer for the athletes across the country. And there is acknowledgement that government a well as the private sector have been creating the sporting infrastructure to produce winners, and that the government is doing much more than the private sector, which is different in Europe and the United States.

There is also the interesting phenomenon that most of the boxers and weightlifters who had been making their mark in the world championships and in Commonwealth and in Asian games came from rural backgrounds and lower middle-class backgrounds. The sporting achievement helped them move up the social and economic ladder.

Nikhat Zareen, the new woman boxing winner, comes from a small town and from lower middle class and she has become overnight the country’s sporting icon. Then there is the case of badminton player P.V.Sindhu who has been consistently a medal contender and won her gold at Birmingham Common Wealth Games after winning the silver and bronze in the previous two CWGs. The emergence of champions from these games has also widened the gallery of heroes and heroines, role models for millions of Indians who are looking up for exemplary achievers.

Sporting achievement is also seen as a marker for a powerful nation. At the height of the old Cold War, the United States and the then Soviet Union athletes competed for superiority with their medal hauls, and there was close rivalry between the two in the Olympic Games.

So, India’s sporting success is also seen as a barometer of national power and achievement. It gives rise to legitimate national pride, and every sporting win as a national achievement. Of course, sometimes the sense of national pride can go overboard as when Brazilians get angry when their football team does not win the World Cup. In India, except in cricket, the fans remain polite spectators, cheering winners and not jeering the losers.

The government finds promoting the sporting champions as ambassadors of many causes like paying tax on time, keeping away from smoking and alcohol, and rallying sentiment on national days quite helpful. And the more sport icons there are, the better it is. India’s sport champions are increasing in number, and they come from different parts of the country, both men and women, and from various social strata.

It has its spinoff effect as new champions emerge from the fan flowers of the older icons. So, India’s impressive medal tally at the Birmingham Commonwealth Games has wider ramifications in the national life.