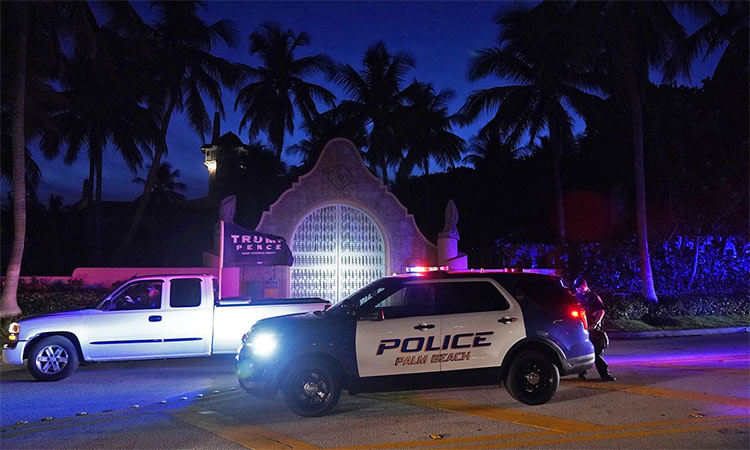 A supporter of former President Donald Trump drives past his Mar-a-Lago estate in Palm Beach, Florida, after the FBI executed a search warrant there to retrieve classified White House documents. AP

Based on what we know, there are three major legal takeaways from the FBI’s search of Donald Trump’s Florida home on Monday. First, this is a big deal, historically and constitutionally speaking. As far as I can tell, a criminal search warrant has never been executed against a former president. Second, from the perspective of criminal investigation, the surprise raid was a highly unusual, aggressive step. In almost all criminal investigations of nonviolent conduct, the Federal Bureau of Investigation and Department of Justice would have requested cooperation from the defendant’s lawyers, not surprised the defendant and broken into his safe.

And third, despite the drama, executing the search warrant is far from a guarantee that any criminal action will be taken. In fact, there is some reason to think that the public raid will take some of the heat off Attorney General Merrick Garland, whom President Joe Biden has been urging to act against Trump — without forcing him into a prosecution decision he has strong reason to avoid.

Start with history. Other former presidents have been in trouble. But they managed to avoid criminal prosecution, and that includes, it would appear, being made subject to a search warrant.

Richard Nixon never handed over missing portions of the Watergate tapes. But he was pardoned by President Gerald Ford, rendering that investigation effectively inoperative. Aaron Burr was a former vice president when he was arrested and criminally charged with treason in 1807. That’s probably the closest we’ve come to the current scenario. The constitutional significance of this step in the criminal investigation of Trump is that a sitting administration must be extremely cautious and thoughtful about prosecuting the predecessor president. True, under the Constitution, no one is above the law, as the Supreme Court has repeatedly emphasised. Yet the fact that the power to prosecute criminally rests with the executive branch, not an independent prosecutor, means it is up to the sitting president to make sure our system doesn’t devolve into a series of retaliatory prosecutions of former government officials.

Think of it this way: If it became at all normal for the administration of a new president to prosecute the one who came before him, it would be difficult to avoid a tit-for-tat repetition each time the president came from a different party. You can see this danger in the immediate calls by Republicans to investigate Garland.

Few things could be more disruptive to constitutional democracy than the use of the presidency to seek criminal charges against former presidents. The pragmatic reality underlying a rights-based constitutional system is that the party in power must remember that it, too, will be out of power some day. It therefore must respect the rights of the party that came before, not just out of principle, but out of the practical realisation that the whole system will collapse unless both sides follow the rules of respecting each other.

This reality naturally leads to the question of why the FBI and Justice Department took this very aggressive step against Trump. Obviously, if a former president has committed serious crimes, that breaks the norms and provides reason to investigate. But no rational prosecutor could think it was a good idea to prosecute a former president unless he could easily be convicted of something serious. An acquittal would be bad for the rule of law because it would suggest retrospectively that the prosecution had been illegitimate or political. Even a conviction on a relatively trivial charge would look politically motivated.

Here a puzzle must be acknowledged. Getting a conviction against Trump on a charge of retaining classified documents would seem to be very tricky. He could claim that, as president, he declassified the documents — an act that would have been within his power to do while in office. Then taking them would not have been a crime. Even if somehow this defence could be overcome, the offence doesn’t seem egregious enough to bring charges against a former president who is still eligible to run for the presidency again.

The puzzle, then, is why the search warrant was executed. Either prosecutors are seriously considering a documents-based charge; or they were worried the classified documents were vulnerable to exploitation in Trump’s safe; or some other investigation is going on that we don’t know about; or some other motivation is in play.

Before executing a search warrant against a former president, FBI and Justice Department officials would have to seek approval at the highest levels. It seems almost inconceivable that Garland would not have been consulted. That means the decision to up the ante so drastically and publicly in the Trump criminal investigation was considered, not to say calculated. 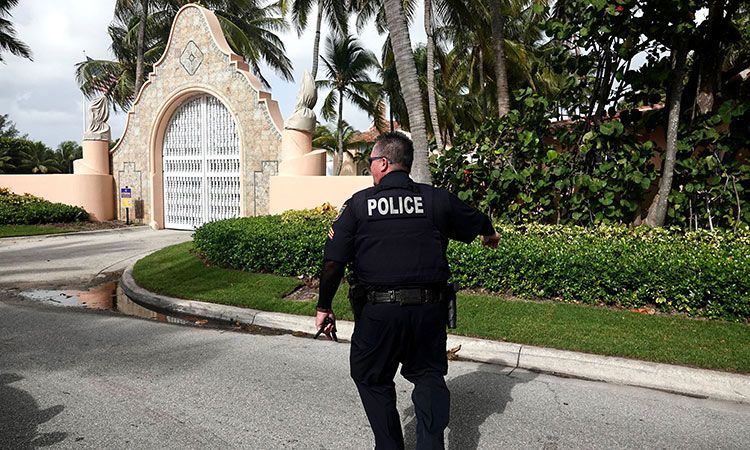 Let me start by stating the obvious. The execution of a federal search warrant at the residence of a former US president is more than an extraordinary occurrence. Fact is, things like that just don’t happen.