Kardashian and Pete Davidson are over — or are they? - GulfToday 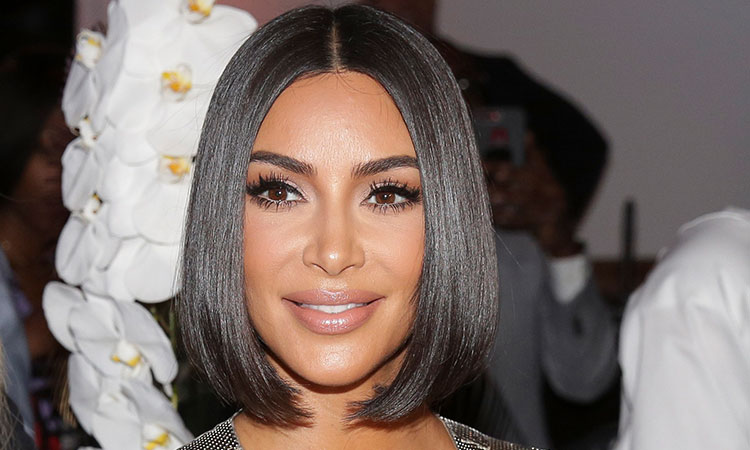 For the rest of the pop culture universe, it was like waiting for the other Louboutin stiletto to drop — but I for one was totally shocked to learn that Kim Kardashian and Pete Davidson have decided to become the dreaded “just good friends.” It seems their famous nine-month fling was doomed by “distance and demanding work schedules.” I had really been rooting for them, because after three marriages and five boyfriends (hers) and nine girlfriends (his), logically it seemed like time for those lovable, incurable romantics to finally settle down and settle for each other, right? Alas! It was not to be.

During their tumultuous courtship, the couple weathered many a storm, and triumphed where lesser mortals would have failed. Who can forget the Met Gala, when Kim literally starved herself for almost a month to (just about) squeeze into a spangly dress formerly belonging to Marilyn Monroe? Can you imagine how hungry she must have been? Yet Pete stayed valiantly by her side, even apparently lending her some of his hair dye. And then he branded Kim’s name on his chest and tattooed the initials of her children on his arm. We’ve all been there. Then there was the White House Correspondents’ Association Dinner, where they received matching Walter Cronkite Journalism Awards for…no, wait. Where they were lauded as ace reporters for both CNN and Bravo and… nope, not that either. Why were they at the Nerd Prom then? To show that they are intellectual people to be taken seriously! Honestly, even the most respected newsfolk mug for the camera sometimes! Haven’t you seen those wild photos of a tattooed and shirtless Jake Tapper sticking his tongue out?

Wherever Kim and Pete ventured, the infernal paparazzi snapped away, robbing them of their much-desired privacy. From rollercoasters to Staten Island’s swankiest pizza restaurants, the cameras were there to record their every PDA. We all know that the extremely modest star of The Kardashians shuns the limelight, and it must have been sheer torture to be seen constantly in the tabloids. If only Kim and Pete had been able to date like normal people, spending quiet evenings at home watching reality TV (NOT The Kardashians) and eating guac and chips! They might have had a chance to succeed away from the ever-prying eyes of the press. But now we’ll never know.

Clearly the Kete breakup had nothing at all to do with their 13-year age difference, Kim’s four young children with Kanye West, Ye himself and his diabolical campaign to trash Pete, or the fact that they seemed to have almost nothing in common. So what could it have been? A relationship that began with a magical kiss on SNL between “Aladdin” and “Jasmine” would seem to have been eternally blessed by Disney himself. But the passage of time has a way of wearing us all down. One day you’re young and super-rich, and the next day you’re a year older and super-rich. Perhaps they woke up one morning on some superyacht or other and noticed dentures in a glass of water, or a Life Alert alarm on the bedside table, and realized that they needed to trade each other in for less elderly models before it was too late.

It’s still a brand-new split, and I continue to hold out hope for a second act for these adorable lovebirds. In preparation, I’ve been preparing potential wedding gifts (I was thinking matching South Pacific islands). If you hear any rumors of a possible reconciliation, please let me know. Kardashian and Davidson: Take Two would renew my faith in true love against all odds — and it would be a feel-good story we could really use right about now. Plus, Pete wouldn’t have to get rid of any of those tattoos.