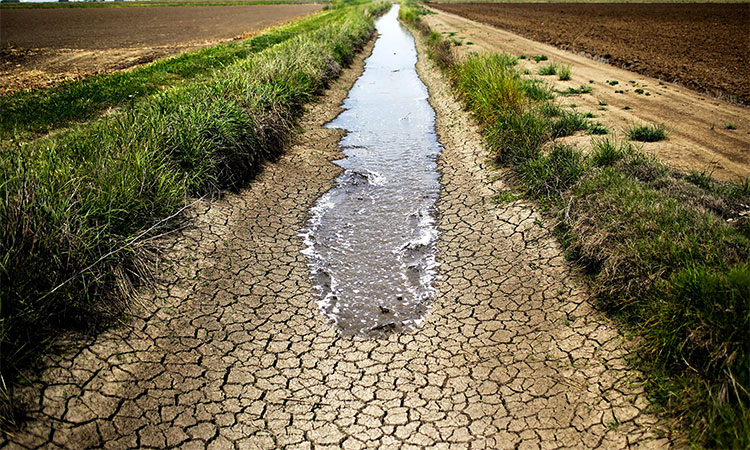 France is also facing water shortage because of accumulation of successive heatwaves, insufficient rainfall and increasing demand for water. AP

Drought is not the word one associates with France, or with any other European country. It has not been so in living memory. But this year’s climactic rise in temperatures across Europe and in France brought home the bitter truth of the consequences of heat waves. The water in the reservoirs is evaporating, there is less water in the rivers, and the water deficit is telling on the lives of the people. Government has asked people not to wash their cars, not to water their lawns, and not to irrigate the farms.

July has been a cruel month for France and Europe. French Prime Minister Elizbeth Borne has issued an official warning: “This drought is the most severe recorded in our country.” Ms Borne described the situation a result of accumulation of successive heat waves, insufficient rainfall and increasing demand for water. People have been asked to be “very vigilant” in their water usage. Potato growers were forced to let their crop wither. Gerardmer, resort town in eastern France, had to pump water from the lake, only the fourth time in its history, for household use. Said Mayor Stessy Speissmann, “It’s worrying for the future because if these situations persist this early in the year, and repeat year after year, we are going to have to find other solutions.” Meteo France, the national weather forecaster, said that in July the rain recorded was 9.7 millimetres, or about 0.38 inches.

It is the same story of heat waves, forest fires in England, Germany and Italy as well. In England, it was the driest July since 1935. There was a ban using outdoor hoses in two parts of the country. In Germany, environmentalists are worried over the drying up of rivers and lakes, endangering fish and other wild life. Ramona Magno of Drought Climate Services in Italy said it was the driest July in the country since 1800. “The drought persists and the situation is getting worse as months pass without rain.

Thousands of farmers have been affected in northwestern Italy. It has been observed that in the northeast, the salty water of the Adriatic Sea is flowing back into River Po, and the fertile agricultural land of Po Delta is affected. Coldiretti, a national association of agricultural producers, said that 250,000 farms were struggling because of the drought and the rising energy costs, and that one farmer out of 10 will never recover. The outgoing Italian government had allocated 200 million euros to assist farmers.

Virginijus Sinkevicius, European Union environment commissioner said in a statement, “Fresh water resources are scarce and increasingly under pressure” and cautioned that “in times of unprecedented temperature peaks, we need to stop wasting water and use this resource more efficiently.” And the EU executive asked member countries to use treated urban wastewater for farm irrigation. European agriculture has been devastated by the drought, parching crops, and making it difficult to feed livestock and raising the fear of reduced harvests.

The phenomenon of sparse rainfall and cyclical droughts has been the pattern in parts of Africa and Asia. But this is the first time in many years that European countries in temperate latitudes are facing tropical conditions.

Many of the governments on the continent are generally unprepared to face an emergency of this kind. It appears that EU countries will have to tighten their belts in terms of water usage and the expectation of record harvests year after year. Europe’s dependence not just on oil and coal, but also on food grains from Asia and other parts of the world might grow. Europe is on the edge of an economic precipice. 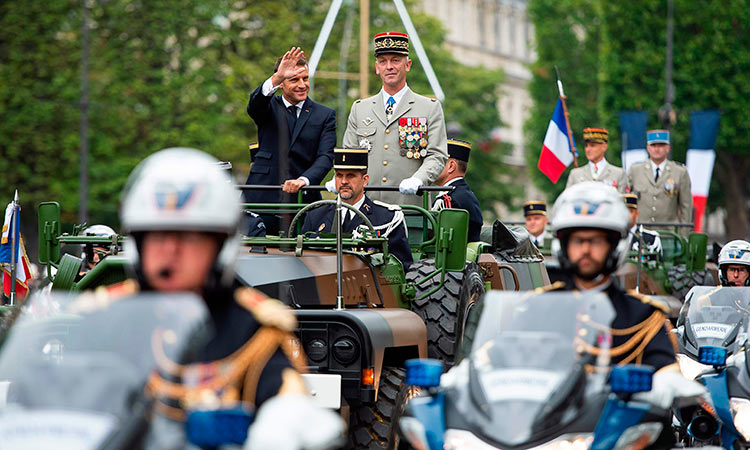 Bastille Day commemorates the storming of the Bastille prison in 1789, one of the key events of the French Revolution. The day has become a national holiday in France. 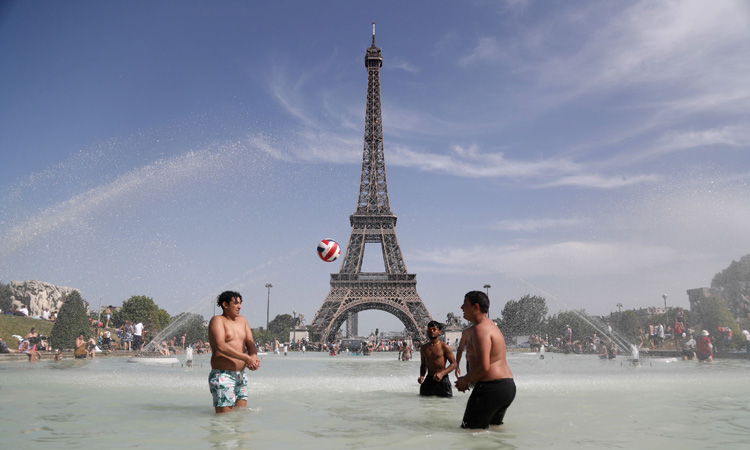