Standing up to power - GulfToday

Standing up to power 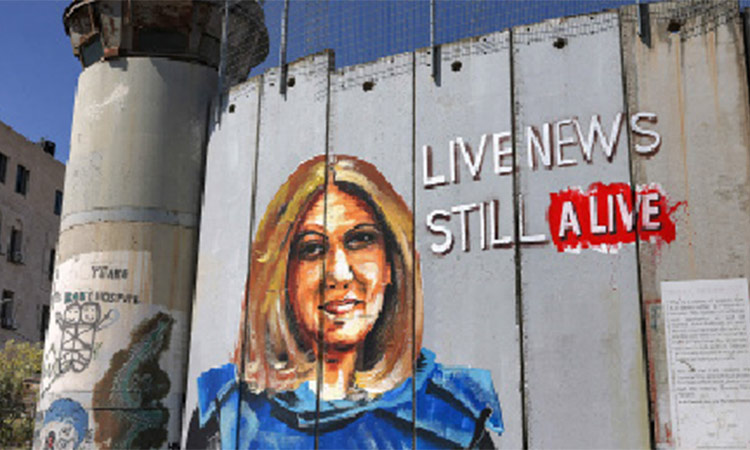 The family of slain Palestinian-American al-Jazeera journalist Shireen Abu Akleh has taken on the Biden administration for refusing to hold Israel accountable by rejecting a US investigation into her death. The three family members — brother Tony, his son Victor, and daughter Lina — initially called on President Joe Biden to meet with them during his recent visit to Israeli-occupied East Jerusalem, the Abu Akleh’s home city, where he toured the historic Palestinian Augusta Victoria Hospital. He refused to see then even though he was ten minutes away by car from their home. If asked, they would have met him at the hospital or, even in Bethlehem, where Palestinian President Mahmoud Abbas received Biden and he visited the Church of the Nativity, which houses the traditional site of the birth of Jesus.

So, the Abu Akleh trio took their case to Biden’s presidential base in Washington, D.C. Some media reported that the family was to be invited to the US capital to meet Biden, but when they got there they encountered Secretary of State Antony Blinken.

During that meeting, Blinken stuck to the line adopted by the administration on June 4, three weeks after Shireen Abu Akleh was shot dead. The US agrees that an Israeli soldier was “likely” to have shot the veteran journalist but argued this was “not intentional” and a “tragic accident.” This policy was based on the assessment of chief Israel-Palestine security coordinator who is US Lt. Gen. Mark Schwartz. He found that forensic examination of the fatal bullet in an Israeli laboratory was “inconclusive” due to damage and there was no evidence she was targeted.

The Abu Aklehs also spoke to officials from the justice department’s human rights section which has been investigating the killing of a US journalist by Russian forces in Ukraine. They have not mentioned that assurances were given that their case will be taken up.

Deeply insulted and dissatisfied by their reception by US officialdom, the Abu Aklehs have, with considerable success, appealed to legislators. Sixty from the House of Representatives and 24 from the Senate have rallied to the Abu Akleh cause. They expected and did receive backing from progressive Democrat Representatives Alexandria Ocasio Cortez and Rashida Tleib who is of Palestinian origin. Six Democrat members of the Senate’s powerful appropriations committee extended their support while Senators Chris Van Hollen and Leahy submitted a proposal for Blinken to conduct and submit a report on an independent investigation into thjournalist’s death. Congressman Andre Carson, who has demanded an FBI probe, said Israel should not be conducting the investigation.

These efforts echoed a rare bipartisan proposal for a “full and transparent investigation” submitted to the Senate by Republican Mitt Romney and his Democrat colleague Jon Ossoff on June 7, three days after the Biden administration adopted its uncompromising line. This appeared to have been ignored, a favourite pastime of officials in Washington and elsewhere when confronted with demands for unwanted action.

Israel initially blamed Palestinian gunmen resisting an Israeli military raid on the restive West Bank town of Jenin and the adjacent refugee camp. When this claim did not gain traction, Israel said one of its snipers had been aiming at an armed Palestinian who was between its convoy and the group of journalists who had assembled at the entrance to Jenin. Eventually Israel admitted that one of its soldiers was “likely” to be the shooter but the death of Shireen Abu Akleh was not intended. This was precisely the wording adopted by the Biden administration on June 4th and is still used.

Independent investigations carried out by the Associated Press, CNN, The Washington Post, and The New York Times, all US media outlets, as well as Netherlands-based Bellingcat and the Israeli human rights organisation B’Tselem have shown that Shireen Abu Akleh and her team, wearing flak jackets marked with the word PRESS and helmets, were at a location distant from clashes and where no armed Palestinians were present. Instead, more than a dozen Palestinian civilians had gathered to watch and film on their mobile phones the journalists, especially highly regarded Abu Akleh, cover that day’s action. Cars were moving along nearby streets.

The journalists halted nearly 183 meters from the convoy and waited for some time before walking toward the five armoured vehicles when the first volley of six separate shots were fired in their direction. As they turned to seek cover, a second volley of shots rang out. There was no random spray of bullets from an automatic or semi-automatic rifle. Abu Akleh was killed and al-Jazeera colleague Ali al-Samoudi was wounded in the shoulder.

The Abu Aklehs dwell on the point that the US is obliged to protect and investigate the deaths of its citizens while in foreign countries as well as in the US itself. Numerous dual Palestinian-US citizens have been killed by Israeli troops, including 78-year-old Omar As’ad who was detained by an Israeli patrol while returning to his home from a card game early one January morning. He was beaten, handcuffed, gagged and left unconscious on the floor of a building under construction where he died of a heart attack.

The US was apparently satisfied when Israel conducted an investigation of the incident. Two Israeli officers were removed for two years from command and the head of the unit, which had previously been accused of brutality, was censured.

Shireen Abu Akleh was born in Jerusalem in 1971 into a Palestinian Arab Christian family from Bethlehem.  She studied architecture at the Jordan University of Science and Technology near Irbid but transferred to Yarmouk University to earn a BA in print journalism. She obtained US citizenship through members of her mother’s family who were living in New Jersey. She began her journalistic career with Radio Monte Carlo and Voice of Palestine. She also worked for UNRWA, the agency caring for Palestinian refugees, and other media before joining al-Jazeera in 1997. She covered the 2002 Battle of Jenin (as I did) and reported on conditions for long-term Palestinian prisoners held by Israel. Her reliable reporting was widely admired and she inspired young Arabs to become journalists.

Despite the Washington mission of her family, her career as a truth teller is unlikely to convince the Biden administration to change its mind about a US investigation into her killing.

A senior Biden administration official said the president's talks with the king are expected to include the way forward for Israel and the Palestinians with Bennett having recently replaced Benjamin Netanyahu as Israeli prime minister. 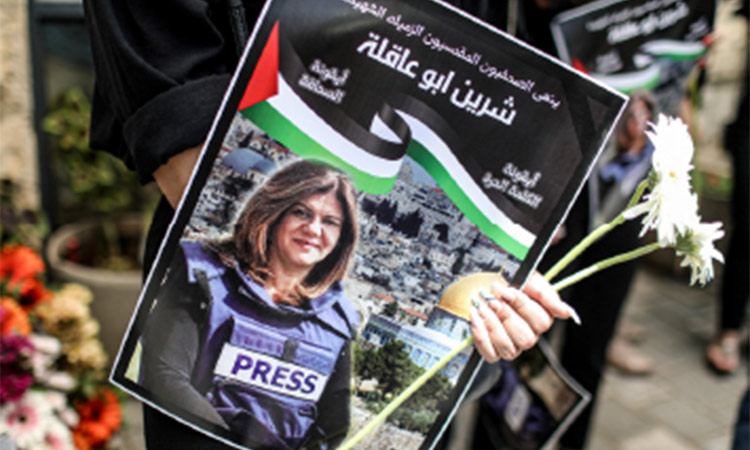 In life Shireen Abu Akleh was a highly respected reporter and courageous role model for Palestinians resisting the Israeli occupation; 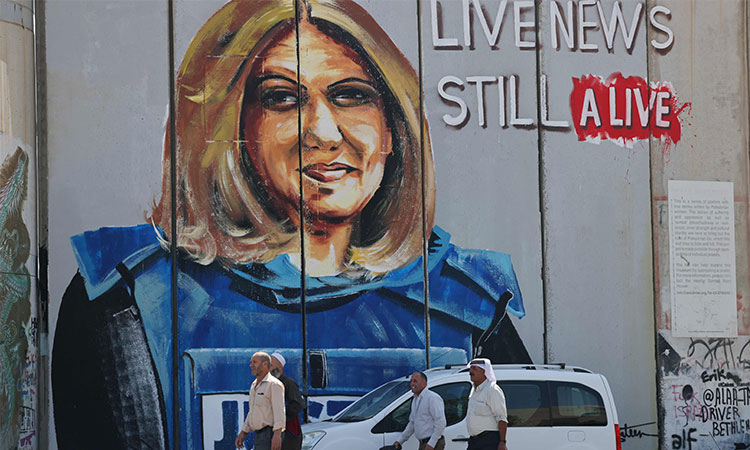 Shireen Abu Akleh's family has voiced outrage over the Biden administration's "abject response" to her death. Lina Abu Akleh, Shireen's niece, confirmed she had spoken to Blinken on Wednesday.