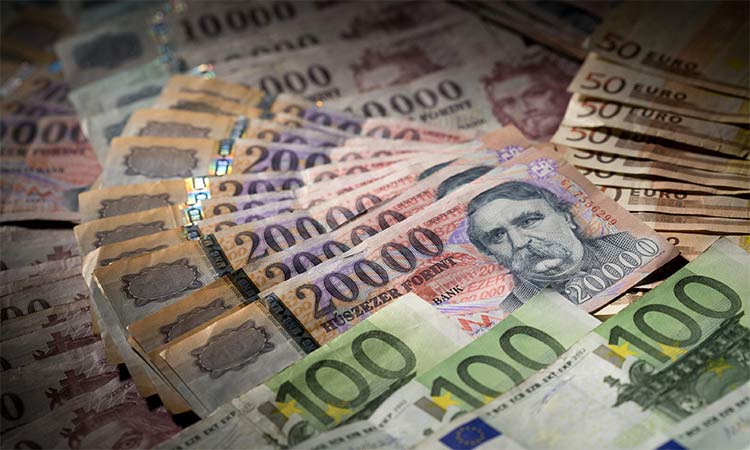 Hungarian forints and Euro notes are seen in this photo illustration taken in Budapest. Reuters

Hungary’s national currency, forint, dilemma has become acute, and it is a partial reflection of members of the euro-governed European Union (EU). Ever since Prime Minister Viktor Orban has been in power since 2010, the tussle between forint and euro has been going on. Most nationalist governments, and that of Orban is pre-eminently a nationalist one, had clung to forint as a symbol of economic policy sovereignty.

But the slide in forint has been quite sharp since the Russian invasion of Ukraine in February this year. Businesses in Hungary, especially in the IT sector, are keen to use the euro rather than the forint for payments, including salaries. The Hungarian government does not allow payments to be made entirely in euros. Hungary’s forint is facing a crisis because of budgetary deficits and, also, because Brussels, the EU headquarters, has been withholding euro funds to Hungary because of the democratic deficit of the Orban government. There is popular demand in Hungary for adopting euro as standard currency. Forint has slid eight per cent this year against the euro.

Corporates are clamouring to pay the wages of their workers in euros instead of forint, but this is not allowed in Hungary. As a result, they had to increase salaries in forints. Many of IT sector contractors bill clients in euros and find it easier to pay the wages of the employees in euros as well. IT businesses are making fresh contracts for payments exclusively in euros. The National Bank of Hungary, which has been raising the interest on forint, has not yet commented on the payments made in euros in Hungary. The shift to euro in Hungary remains limited, though some businesses are using euro for their transactions. The non-financial corporate deposits in euros is now 35.1 per cent compared to 34.7 per cent in January this year. Agoston Deim, who runs a small IT firm, said that he switched to euro payment when forint fell to 400 forints for a euro. Compared to a year ago, his firm is making 50 per cent of its offers in euros and another one-fourth pegged to euro’s exchange rate.

The Orban government took a surprise decision on Saturday of allowing companies to pay taxes in euros or dollars. Analysts believe that this move could boost foreign reserves of Hungary. Gergely Gulyas, Orban’s chief of staff, explained: “It is technically easier for companies to pay taxes in euros or dollars, then it is easier for Hungarian state as well as import needs have skyrocketed.” He explained that Hungary’s raw material imports which used to be around 3 per cent to 3.5 per cent of total imports had risen to 20-21 per cent. Payments in euros instead of in forints is a better bargain.

Hungarian Finance Minister Mihaly Varga wrote on Facebook that the option to pay taxes in euros would be open to all companies and that would help corporate book-keeping while maintaining the flow of tax payments and help in balancing the budget.

The switch to euro may not be too helpful if Hungary’s economy is not strong enough. But the use of euro would enable more businesses from the other member-countries in EU to move to Hungary, and that could boost Hungarian economy. But nationalist politicians like Orban are not willing to abide by the liberal democratic principles of individual freedoms.

It will not be possible for Hungary to run an authoritarian government at home and look to the liberal economic regime of the euro. That could prove to be a tough call for Orban, and fellow-nationalists like him in Hungary. EU is a free market zone but it is also a democratic zone. Orban and others cannot choose one and not the other. 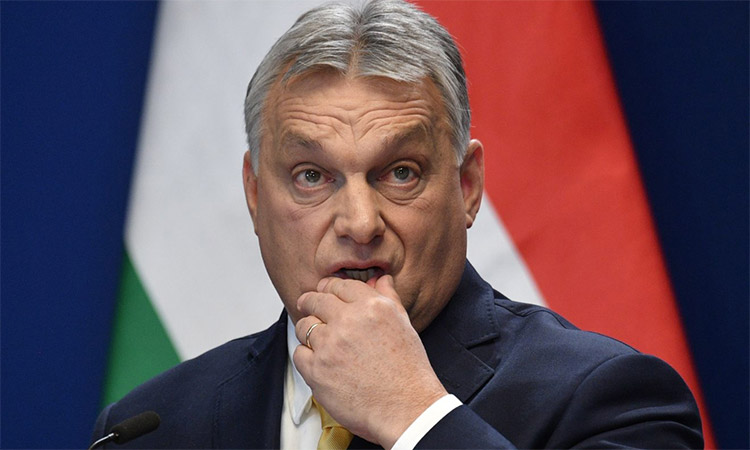 ‘We are the sand in the gears of the machinery’

While world leaders gathered at Cop26, Viktor Orban, who did not attend, fired yet another blow at the EU. He labelled the EU’s green proposals a “utopian fantasy” that would push energy costs up in Europe, and promised that Hungary