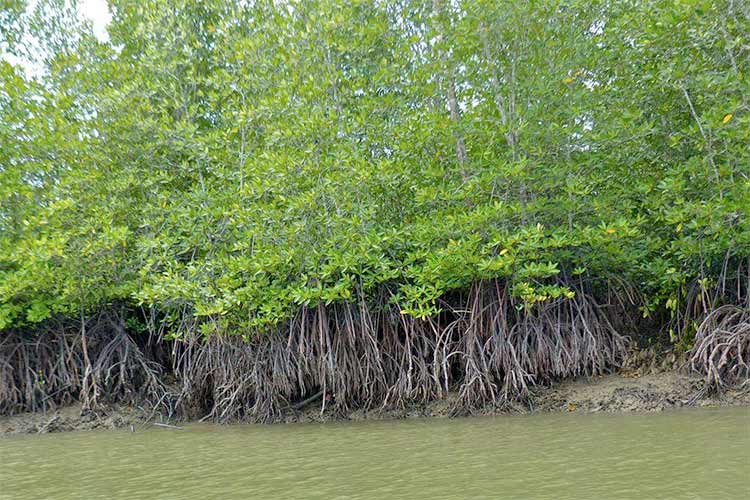 Studies conducted recently show that in India frequent cyclone damage slows the recovery of mangroves and changes the forest composition in comparison to other regions that didn’t witness many cyclones, according to a Mongabay-India report.

The report highlights that in two separate studies, scientists have harnessed satellite images to capture changes in the Sundarbans mangroves and the shores that harbour them, following cyclones. Remote sensing using satellite images can help long-term monitoring and tracking changes in the health of such ecosystems. Satellite images of these mangroves along the Bay of Bengal, that capture changes before and after tropical cyclones, helped to make sense of mangrove damage from extreme weather events and create records of the impacts of cyclones on these ecosystems.

Using cyclone Amphan, that hit India and Bangladesh coasts in May 2020, as their case study, a team of scientists at the University of Delaware in the United States and the University of Goettingen, Germany, developed a rapid, remote sensing-based approach to gauge flooding of coastal lands and mangrove damage after the cyclone in near real-time. The researchers used multiple satellite datasets to obtain information remotely. Shorter mangrove stands were seen to be more widely affected, whereas the range of extreme damage decreased for taller mangrove trees. The study suggests that this difference in mangrove damage is likely because Amphan’s eye and track were closer to the western Sundarbans with shorter trees than the eastern side with relatively taller trees.

Researchers say that the southern and western regions of the Sundarbans in India and Bangladesh showed the most damage to the mangrove cover following the cyclone. These most affected regions translate into the eastern part of Indian Sundarbans, as reported by the Mongabay-India.

The researchers looked at three major cyclones between 2019 and 2022 (cyclone Fani in May 2019, cyclone Bulbul in November 2019, cyclone Amphan in May 2020) to check how past shoreline changes shape the impact of cyclones on mangrove species. They found that cyclone Amphan caused the most damage out of three recent cyclones, with the most mangrove loss (18.8 percent) along shorelines that were eroding over the past 35 years.

Sea-level rise, coastal developments, and frequent tropical cyclones shape India’s mangroves that constitute three per cent of the world’s mangrove forests. The latest Intergovernmental Panel on Climate Change (IPCC) report has laid a strong emphasis on the increasing likelihood of compound climate extreme events which are the combination of multiple drivers and/or hazards that contribute to societal or environmental risk. Compound flooding (a storm surge in combination with extreme rainfall and/or river flow), that rousts mangroves, is one example.

India’s mangroves along the Bengal coastline, already at risk due to climate change, sea-level rise and land-use changes, are beginning to fast erode. An earlier report by Mongabay-India pointed out that West Bengal contributes the maximum – 43% — of India’s mangroves. The report looked at a study where a team of scientists from the department of geography at the Delhi School of Economics in the University of Delhi, and the West Bengal Biodiversity Board in Kolkata, divided West Bengal state’s coast and mangrove areas into grids and found that about one-third of the coastal grids, and around 40% of the mangrove grids, are highly vulnerable to climate change. The mangrove-dominated islands such as Thakuran Reserve Forest, Bulcherry Island, Dulibhasani Reserve Forest, Dalhousie Island, Bhangaduni, and Gosaba are under severe threat, their study in ‘Remote Sensing Applications: Society and Environment says.

The findings add to those of a second recent study in the ‘Journal of Cleaner Production’ on changes in the shoreline of three islands in the estuaries of the Sundarbans delta that is both a Ramsar Site and a World Natural Heritage Site (UNESCO). The Sundarbans study reports a very dynamic shoreline, with the erosion of mangrove forests which, the authors say, are under severe stress more due to shoreline ingression and sea-level rise, and not climatic alterations.

Mongabay-India says that the findings come against a backdrop of increasing concerns over the state of mangroves that not only harbour rich biodiversity but also help in climate change mitigation. In 2021, the United Nations Environment Programme (UNEP) observed that mangroves extract five times more carbon from the atmosphere than forests on land. The UNEP also said that protecting mangroves is 1000 times less expensive than building sea walls to combat sea-level rise. In 2020, the UNEP said, that although mangroves make up less than 1% of all tropical forests around the world, “they have a critical role in mitigating climate change.