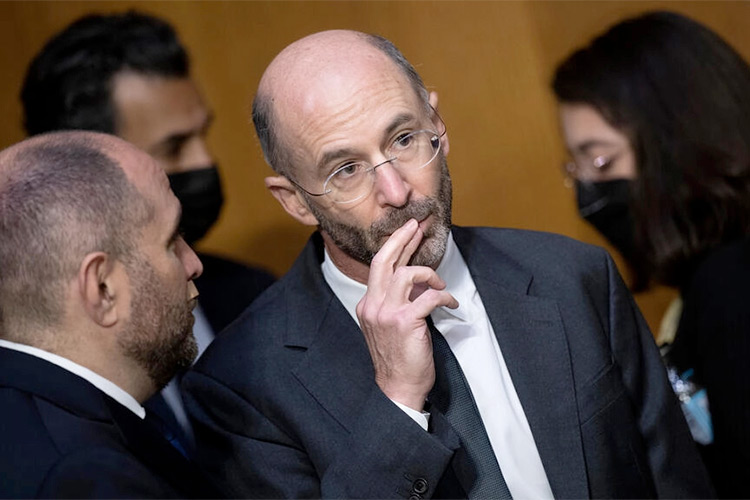 A US delegation, headed by special envoy Robert Malley Brendan Smialowski, participates in indirect talks between Iran and the US in Doha. File/Agence France-Presse

After the Doha round ended, his deputy and talks coordinator Enrique Mora tweeted, “We will keep working with even greater urgency to bring back on track a key deal for non-proliferation and regional stability.”

While some US and European diplomats have reiterated fear that the JCPOA is terminal, Iranian officials have taken an optimistic line. Iran team adviser Mohammed Mirandi argued the Doha talks did not fail and said that talks “will continue.” For the time being these are likely to be talks for the sake of talks. No one wants Borrell to switch off life support.

Tehran has three demands and has excellent reasons for putting them forward. First, Iran insists on verification of the lifting of sanctions. Even though the Obama administration — with the participation of incumbent President Joe Biden — negotiated the deal, implementation was only partial because Washington maintained secondary sanctions and threatened to punish any government, firm, organisation, or individual seeking to do business with Iran. This policy limited Iran’s benefits from the JCPOA and largely maintained the country’s political and economic isolation which Tehran had expected to end once the deal came into effect in January 2016.

Second, Iran seeks guarantees that if the Biden administration re-enters the JCPOA, a successor regime will not again renounce the deal as did Donald Trump in May 2018. Apparently, the amended JCPOA text includes assurances on this issue but these do not constitute guarantees. After Trump abandoned the JCPOA, its European signatories did not meet their commitments to trade with and invest in Iran due to the threat of US sanctions. Efforts to get round them did not produce serious results.

Finally, shortly before he exited office, Trump designated Iran’s Revolutionary Guard Corps (IRGC) a “foreign terrorist organisation” and imposed sanctions on the force and its subsidiaries.

Having, reportedly, dropped its demand that the US must delist the IRGC, Iran argues sanctions must be lifted on associated organisations engaged in economic activities.

Like the militaries in Turkey and Egypt, the IRGC has acquired broad economic interests.

These include construction, oil and gas, import-export and telecommunications. The IRGC operates the capital’s international airport and IRGC subsidiaries submit bids to and conclude contracts with foreign firms. Western estimates hold that the IRGC market share amounts to one-third to two-thirds of Iran’s GDP. Therefore, if sanctions remain on these subsidiaries, Iran will again be denied the benefit of lifting sanctions.

The US and European supporters which are signatories of the JCPOA — Britain, France and Germany — contend that Iran’s demands are outside the scope of the JCPOA. This is not true.

While the Biden administration cannot guarantee that a successor would not pull out of the JCPOA, verification and lifting sanctions on IRGC subsidiaries need to be conceded if Iran is to gain economically by returning to limits set by the JCPOA.

Joe Biden had promised during his campaign for the presidency that he would return to the deal and gave the impression that this would be at the top of his agenda. However, he has been in office for more than 17 months and his negotiating team is still procrastinating and prevaricating — with the assistance of Britain, France and Germany — although the EU’s Borrell is doing his best to secure compliance by both sides.

While Biden stalled, Iran’s moderate President Hassan Rouhani was replaced by hardline Ebrahim Raisi and Israel and its allies in the US legislature and Zionist lobbies stepped up pressure on Biden to refuse to recommit. Instead, he has piled sanctions on top of sanctions and remained outside the JCPOA.

Meanwhile, under popular pressure due to Iran’s currency devaluation, inflation, and shrinking economy, Raisi has followed Rouhani by supporting Iran’s return to compliance. However, Tehran insists on its demands because it does not trust Biden who has not only failed to deliver on his campaign pledge but also adopted Trump’s failed “maximum pressure” policy. For several months after JCPOA talks began in Vienna, the Biden administration demanded Iranian capitulation to US demands which are genuinely outside the sphere of the JCPOA: curbing Iran’s ballistic missile development and ending its involvement in regional affairs. Washington eventually dropped these after Iran said they could be discussed after the JCPOA was back in force.

Some US commentators suggest that Biden may decide on the JCPOA after he returns home from his mid-July visit to Israel, Palestine and Saudi Arabia where he will attend the Gulf Cooperation Council summit. Others say he will wait until after the Israeli election on November 1st and US mid-term legislative elections on November 8th. This is bad news. Israel is likely to undergo a long process of forming a new government while Biden’s Democratic party could lose its majority in the House of Representatives as well as seats in the Senate, weakening Biden’s administration and turn him into a lame-duck president who would not dare to take the domestically politically dangerous step of returning to the JCPOA.

This is risky. If the JCPOA is not revived, within weeks Tehran could enrich enough uranium to 90 per cent purity, the level needed to build a bomb, although it could take another year or two for Iran to make nuclear warheads for ballistic missiles. So far, Tehran has abjured weaponisation, calling this “anti-Islamic.”

Concerned over proliferation, Saudi Arabia and the Gulf states have come out in favour of revival “if it is a good deal,” stated Saudi Foreign Minister Prince Faisal Bin Farhan during the recent Davos gathering.

If Biden does re-enter and does not get re-elected, the JCPOA will not be the solid deal reached in 2015 which Tehran expected to end sanctions and Iran’s reintegration into the global community. Instead, it will be a two-year interim agreement that would pause Iran’s advancement of its nuclear programme.

Trita Parsi, executive vice President of Washington’s independent Quincy Institute, told Branco Marcetic in an interview with Jabobin, that “neither side expects the JCPOA to survive a Republican presidency.”

The Iranians “want to use the two years to develop their economy in such a way so that once sanctions are reimposed, they will be more or less immunised from (them),” Parsi said.

Meanwhile, Europe will need fresh sources of oil and natural gas in order to end dependence on Russia’s supplies which, at Biden’s insistence, must be banned by the end of the year due to the war on Ukraine. Iran could provide up to 1.8 million barrels a day if the US re-enters the JCPOA and sanctions are lifted. This would also bring down the price of oil, reducing the price of petrol in the US, thereby boosting Biden’s approval rating which is now a miserable 39 per cent. 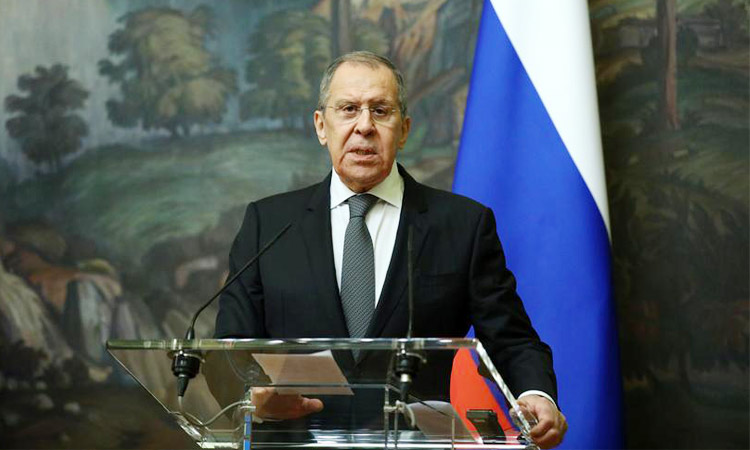 With the parties to the Iran agreement, which the US abandoned in 2018, now seemingly close to a new accord, Blinken rejected fresh demands voiced on Saturday by Russian Foreign Minister Sergei Lavrov.