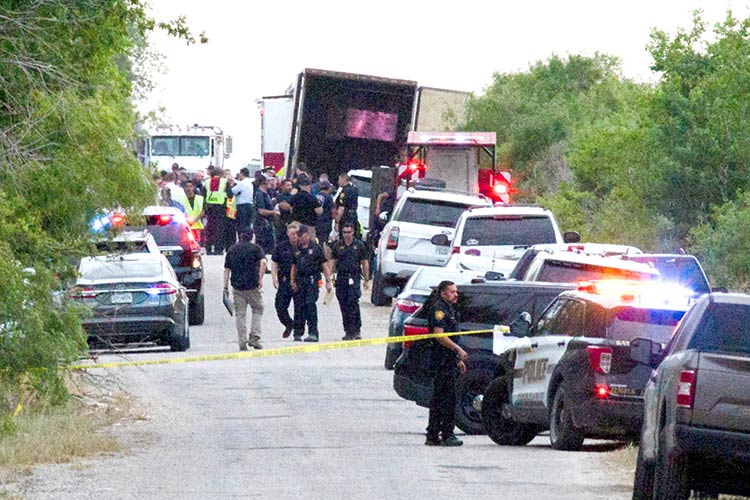 Law enforcement officers work at the scene where migrants were found dead inside a trailer truck in San Antonio on Monday. Reuters

According to the report, the grim discovery was one of the worst disasters involving migrants in the United States in recent years — and came five years after a similar deadly incident in the same central Texas city, a few hours from the Mexican border.

The story of 50 migrants who died in the overloaded tractor-trailer abandoned on the roadside on the outskirts of the Texas City of San Antonio is so painful and demands justice and a solid mechanism to deal with the migrants’ issue.  Most migrant people are innocent, they leave their countries because they are denied basic human rights to live their lives happy and respectfully. They leave their countries with families and take the risk of their lives for a better future.  It’s a matter of precious lives, I hope the world will address the painful migrants’ issue to avoid Texas City of San Antonio like incidents in the future.