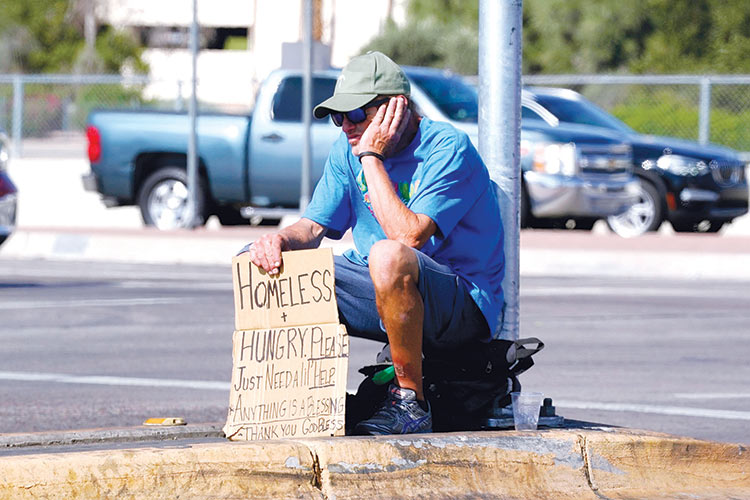 A homeless person sits on the median at an intersection in Phoenix. File / Associated Press

The stifling tent city has ballooned amid pandemic-era evictions and surging rents that have dumped hundreds more people onto the sizzling streets that grow eerily quiet when temperatures peak in the midafternoon.

A heatwave earlier this month brought temperatures of up to 45.5˚C — and it’s only June. Highs reached 47.7C˚ last year.

The United States of America’s elderly people are suffering from unusual and unbearable heatwaves.

The soaring temperature in the month of June is because of climate change and it’s a wakeup call to the world to take concert efforts to fight climate change.

According to the reports, temperatures are rising nearly everywhere because of global warming, combining with brutal drought in some places to create more intense, frequent and longer heat waves. T

he past few summers have been some of the hottest on record.

I am sure sincere efforts to save the world from the climate change disaster will produce fruitful results. 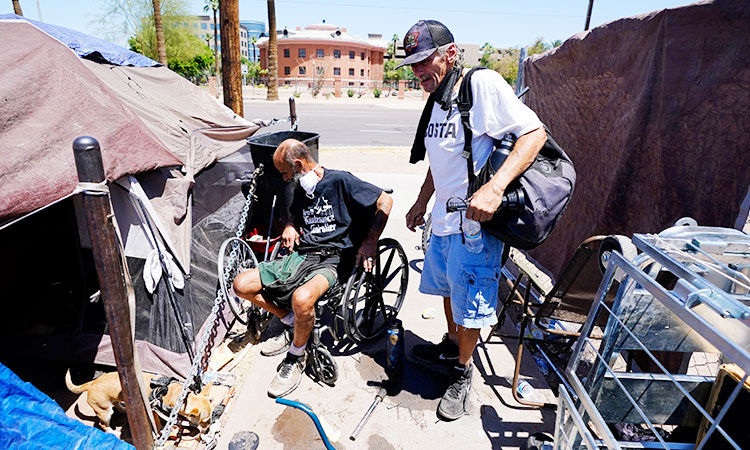 Sweltering streets: Hundreds of homeless die in extreme heat in US

Excessive heat causes more weather-related deaths in the United States than hurricanes, flooding and tornadoes combined. Around the country, heat contributes to some 1,500 deaths annually...