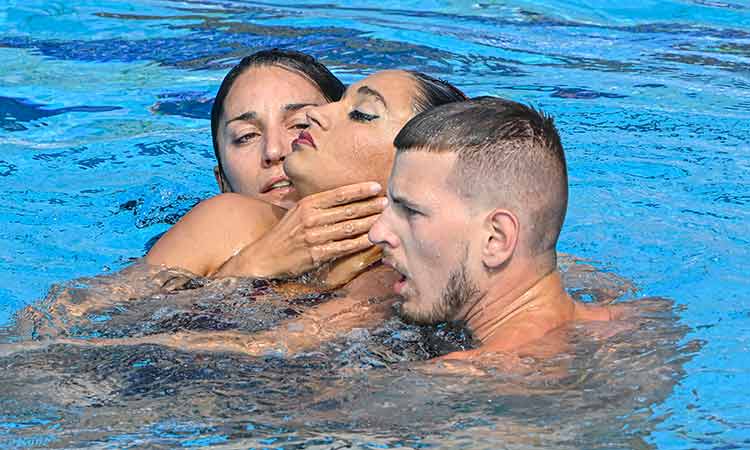 Anita Alvarez of United States (centre) is taken from the pool after collapsing during the solo free final of the artistic swimming at the 19th FINA World Championships in Budapest, Hungary, on Wednesday. AP

The rescue of the American artistic swimmer Anita Alvarez by her coach shows the courage that people display when they are called upon as well as the limitations of the human body.

There are people whose courage is always on display when they run into fires, protect us, and save us but usually they are trained and ready although that should not diminish our respect for them. We must praise and thank people for their bravery and hope that everyone will step up when called upon. Thanks to coach Andrea Fuentes for what you did and the example you set for everyone. 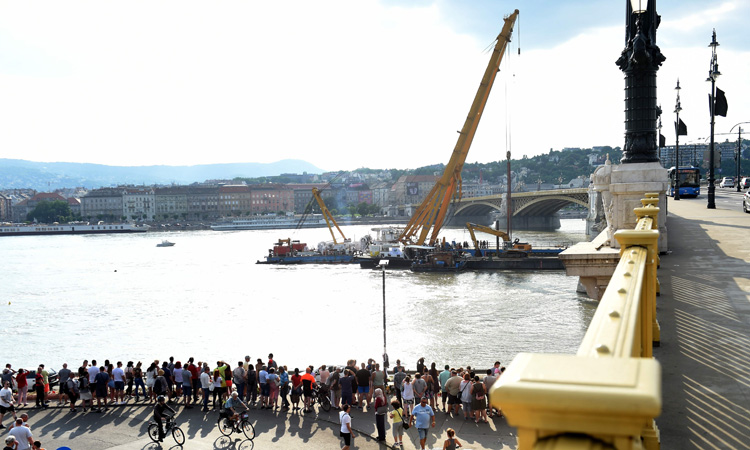