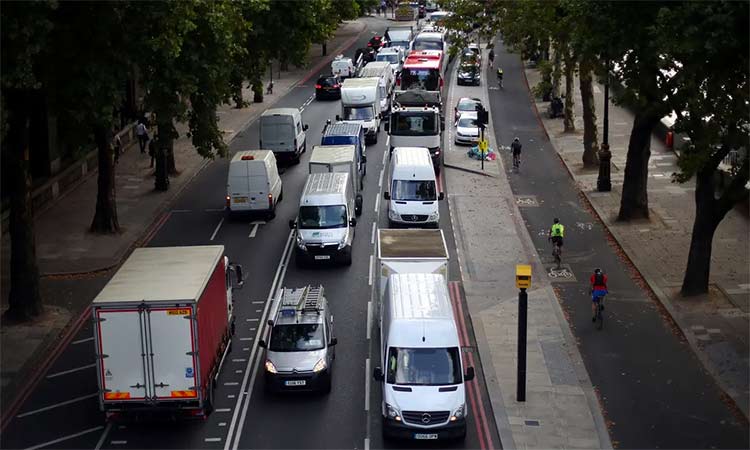 London introduced a charge on the oldest and most polluting vehicles on Monday to try to improve air quality in the British capital. Reuters

Councils have sought to do this by restricting, even banning, cars — particularly in streets near schools around pick-up and drop-off times in an attempt to discourage school run snarl-ups.

This is not just with a view to cleaning up the air, or the fact that walking is good exercise when childhood obesity is a problem. The roads around schools can sometimes look like a fresh reboot of Mad Max. The sight of parents cussing each other, even coming to blows, is something we could do without.

Proponents of such schemes often point to how nice car-free cities can be — Copenhagen is often cited — once people get used to the idea.

There is academic research in their favour too. A report by Edinburgh Napier University, reviewing “school streets” in UK and European cities, cites “medium-strength” evidence “that in almost all cases the total number of motor vehicles across school closures and neighbouring streets reduces” and “active travel levels increase”.

It also cites the support of parents and says that “support increases after any trial period”. Medium-strength evidence again.

But that’s a lot of good medium – so, yay? More power to school streets? And won’t the (considerable) fines for those who get caught on camera busting the bans help reduce councils’ budget issues?

Here’s the problem: with their moves in this direction, local authorities regularly fail to pay due regard to the challenges these schemes pose to special need people.

Redbridge, my borough, says you can apply for an exemption to its planned school streets if you have a special need child you need to get into school. The same, however, does not apply to a special need parent with an able-bodied child. This would have created real issues for my family before our children started to walk on their own, because I did the school run. The policy will surely cause problems for families like ours down the line.

This doesn’t apply to Redbridge alone.

Disability Rights UK has alerted me to the issues being raised by street closures in nearby Islington, where campaigners have been trying to wake up an authority that has been similarly slumbering when it comes the issues faced by disabled Londoners.

They argue that the closures make all journeys longer, hiking fuel costs and greatly increasing challenges for people who don’t have alternative options, such as cycling or e-scooters (and the increased use of the latter are causing terrible problems for blind and partially sighted people).

Public transport, meanwhile, is like entering the Thunderdome (see the first run of Mad Max films for the grisly details) for special need people. If that is even possible. It often isn’t.

Despite claims that school streets reduce pollution, the campaigners say cars regularly clog up nearby streets, increasing it for their luckless residents.

Islington’s website does have details of exemptions for the borough’s disabled residents on it, by contrast with Redbridge’s proposals. But they are murky. I found them hard to understand.

They add yet another level of complexity to the migraine-inducing patchwork of driving and parking restrictions blue badge holders face in London and other urban areas.

I’ve repeatedly fallen foul of them to the detriment of my bank balance. I’ve frequently spoken to others who’ve been left hopping mad through being left in the same position.

Appealing will do you no good at all, as I found when some patronising rube from Waltham Forest said they “empathised” with me, but refused to rescind a fine imposed because I’d used a blue badge space that had been randomly taken out of use for no apparent reason. The (tiny) notices advising of this were not visible from wheelchair height.

This is not just a problem in the capital. It is a nationwide issue. The restriction of access is being indulged in by councils of every political persuasion. It serves to squeeze the already limited mobility many of us contend with. It reduces the size of our world. It makes a mockery of local authorities’ claims of being “inclusive” and of the gestures they indulge in to trumpet this.

You cannot have inclusion without Britain’s six million-plus special need people, who come from every race, religion, sex, orientation — you name it. It would doubtless be possible to work around to address this if genuine consultations were held with disabled people’s organisations (DPOs) when these schemes were being created. But they are not. The legitimate issues DPOs raise are simply brushed aside by Britain’s town-hall tyrants. 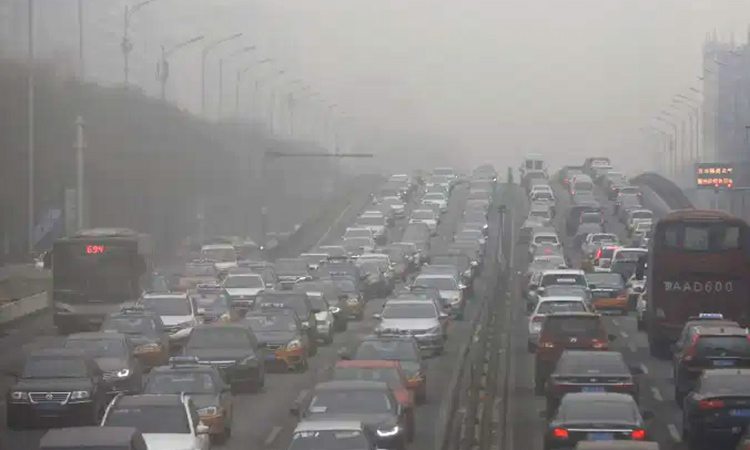 The coronavirus outbreak gives city authorities an opportunity to implement congestion pricing to curb traffic and pollution, urban experts said, even as the pandemic has forced Singapore to put its new satellite-based system on hold.