Six years ago I voted Leave — would I do same again? - GulfToday 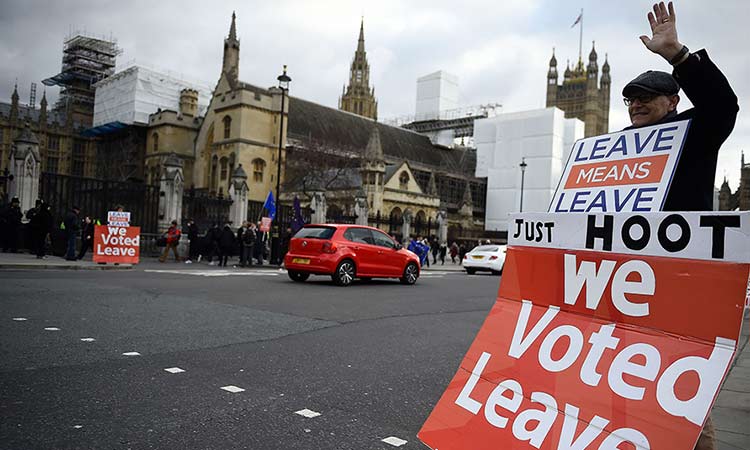 A pro-Brexit protester holds placards saying ‘we voted to leave’ outside the Houses of Parliament in London. File/Reuters

Six years ago I made a terrible, terrible mistake. I voted Leave. I thought Brexit would work, or at least could work and create the conditions to build a more competitive economy, and therefore a more prosperous one.

I’d been watching the 2016 Euros and drew inspiration from them. Every team had different tactics. They competed, in different systems, adapting tactics to their own group of players’ unique strengths and weaknesses. Their team managers made their own decisions, and got sacked if they got it wrong.

In other words, the voters, or their representatives in parliament, were able to “sack the manager”, to try and gain a competitive advantage on the economy when we were judged to be losing and falling behind other countries. There wasn’t enough freedom to adjust policies and democratic accountability inside the EU.

Here’s what I wrote at the time, before the vote, and I think many people evidently felt the same. I guess I’m at liberty to quote myself at length, and partly as a matter of a fair defence for an action that proved misguided and wrong: “In Britain, that’s how it used to be, even under the earlier phase of our time in the EU. Since 1945, we’ve had a socialist command economy with rationing, Tory dirigisme, Wilsonian planning, Heathite corporatism, a few spells of social democracy, a long experiment with Thatcherism, and then what came after (which I suppose is managerialism).“Sooner or later, each of these approaches ran out of steam; and the break in policy was executed by an electorate who wanted fresh leadership and a fresh approach. So they sacked the government in a general election. In other words, the voters, or their representatives in parliament, were able to ‘sack the manager’, to try and gain a competitive advantage on the economy when we were judged to be losing and falling behind other countries.

“As things stand now, the UK is not able to take radical steps to the left or to the right to change economic policy if it wants to. Yes, we have general elections and some freedoms over tax rates and so on; but the general trend in Europe is towards constant harmonisation and limits on national freedom of action.”

I can see where I was coming from, because the EU had, and still has, serious flaws; but it was a poor analogy. That’s because the Euro football championship has to have common rules and standards (eg 11 players on the pitch at any one time, and the troublesome offside rule) and if you don’t wish to play by those rules then that’s fine, but you can’t enter the European football championship. Play with other countries instead. Or yourself, so to speak. You can create the most brilliant football system in the world but if other countries don’t want to allow you into their competition, then it’s not going to be of any use to you.

In other words, people like me understated how difficult life would be outside the EU, and overestimated the degree of freedom we could have in terms of access to crucial European markets as well as fast-growing economies around the world. To borrow a phrase that later became notorious, I thought we could have our cake and eat it – keep most of what we liked about EU membership, and ditch the bits we didn’t want. (After all, every other time an EU state voted No to some new EU treaty there was a quick renegotiation, better terms sorted out.)Indeed, it became clear during the course of the post-referendum negotiations that it wasn’t in the EU’s interests to offer the UK the deal we dreamed of because we needed the EU more than we needed them – even if German car makers made lots of money here.To use the football analogy, they liked to play England (apologies to the rest of the UK), but they could run a perfectly fine tournament without them. England can’t play European football without agreeing to certain rules; and couldn’t, in the end, accept them. At that point, in 2018 and 2019, the only sensible, fair and democratic thing would have been to secure whatever terms of Brexit we could and then get the people to have a vote to approve them – the Final Say referendum that The Independent campaigned for.

I underestimated the pain the economy would go through – though not that there would be some hit to GDP. The exchange rate, as I thought, is taking a lot of the strain of adjustment, and with it inflation, but the process will take even longer than I anticipated, if it ever does get done.

The trade deals with other countries we thought were waiting to be signed have proved elusive. Most disappointing has been the failure to agree one with America, under presidents of both parties. The truth is that it doesn’t matter if the US president is Anglophile or not; Congress controls trade policy, and the majority of the political leadership of America reflects the population’s general preference for protectionism and suspicion of free trade. It was summed up in the slogan “America First” and a remark Donald Trump once carefully wrote on a draft of a speech on economics: “TRADE IS BAD”.

Also, for depressing reasons of a different kind, hitching the UK to China, Russia and Brazil doesn’t look like such a great idea any more. Japan and India are about the only major economic powers we can do business with, as well as the Gulf states and Australia, and it’s not enough to compensate for the loss of EU export markets, broken pan-European supply chains, and above all the shortage of labour and cost inflation that followed Brexit. Not to mention the Horizon project and defence and security cooperation.

I think I was right about the general British hostility to Europeans “telling us what to do” and to “free movement” migration, factors that probably made Brexit inevitable. Yet the other misjudgement about Brexit I made was to underestimate how ready the British were (and still are) to take the revolutionary measures needed to transform the economy. This was especially foolish because it was all-too apparent in 2016 that the Brexity mood was one of blind, boosterish enthusiasm, the high-water mark of senseless Johnsonian optimism.The half of the population who voted Remain were, fair enough, not up for it in 2016 or after; but most of the other half of the population who voted Leave, and with it the corollary of radical change, weren’t prepared for a shake-up either, or even expecting one. Brexit always meant some hardship if the long-term gains were going to be won. The atmosphere was the reverse. It was all about butterflies emerging from chrysalises, Independence Day, and Prometheus unbound. Well, we got a shake-up, as we see. 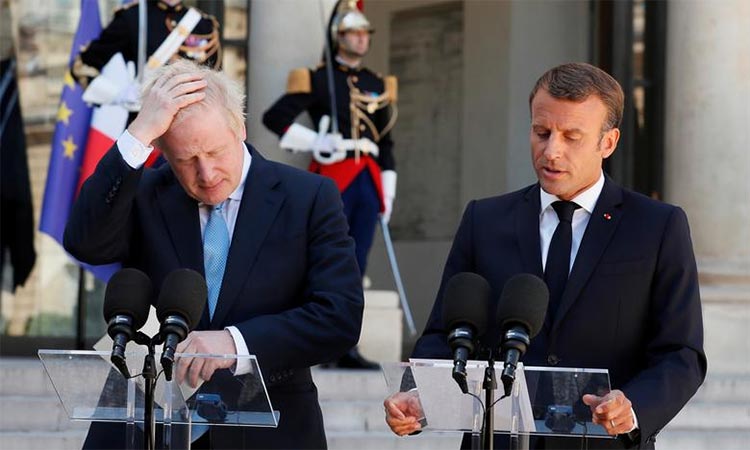 Boris Johnson has faced unprecedented pressure from Brexit and the coronavirus outbreak since he became British prime minister in 2019. But he is again under scrutiny about revelations of lavish spending on his official apartment. Questions 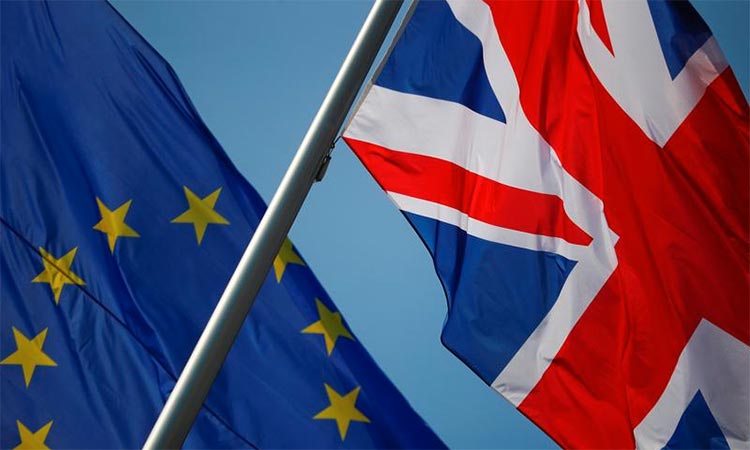 The Brexit trade deal – technically the Trade and Co-operation Agreement – was formally ratified by the European parliament on Wednesday morning. That means the final, lingering, danger of a “no deal” collapse, with tariffs shredding the operations of UK