The ‘Carriegate’ is just another Boris Johnson scandal 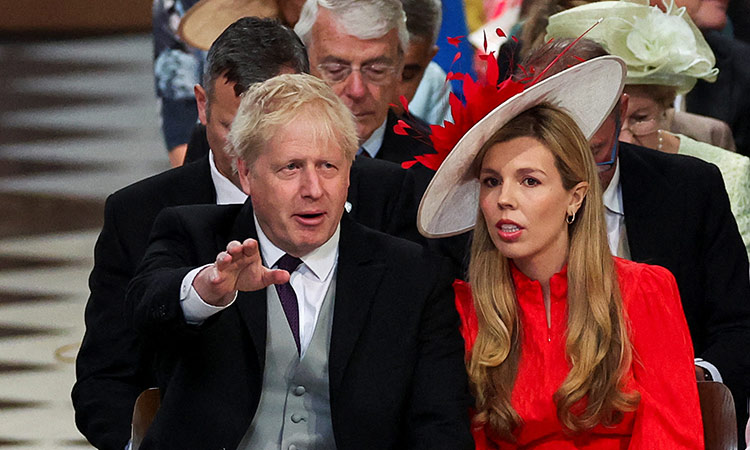 What are we to make of the tawdry saga of what we must now, with grim inevitability, learn to call “Carriegate”? Like all news phenomena graced by the “gate” suffix, there are events, or alleged events; and then there is the cover-up, or alleged cover-up, which, as the saying goes, is the bit that always gets you. Both Boris and Carrie Johnson have vehemently denied the truthfulness of the story.

The events, or alleged events, seem to be twofold. First, and matter of some public concern, is expressed succinctly in the headline that appeared in the first edition of last Saturday’s Times: “Johnson tried to give Carrie top Foreign Office job during affair”. A similar story appeared in the Daily Mail and MailOnline, though not on the Times website, nor in subsequent print editions. It has now disappeared from the Mail’s website.

The story was unhelpful to the prime minister, but run by a couple of newspapers sympathetic to the Tories and, in the Mail’s case, fanatically loyal to the PM. It was written at the Times by Simon Walters, who used to work for the Mail, and was a development of a story that appeared earlier this year in a book about the current Mrs Johnson, entitled First Lady.

Why was it pulled? At first, there were rumours swirling around legal action and Downing Street interventions. These were then denied, but subsequently, partially, withdrawn. Downing Street confirms that members of Boris Johnson’s “team” did object when the Times story hit the newsstands, but deny that the prime minister himself contacted the paper to complain.

The prime minister’s official spokesperson states, in a slightly off formulation: “Others have made clear this story is not true, including Mrs Johnson’s spokesperson. I would point you to the denials and statements put out by Mrs Johnson on this and by No 10 colleagues over the weekend. We were approached before publication and spoke to them then. I think we spoke to them after publication as well. I don’t know the exact timeline of it.”

Perhaps unwisely, the PM’s mouthpiece had a go at Walters: “This is a grubby, discredited story turned down by most reputable media outlets because it isn’t true. The facts speak for themselves.” Carrie Johnson’s statement, about the substance of the story, is unequivocal: “These claims are totally untrue.”

But are they? Walters is just as clear that he stands by the tale. He maintains that the reason why the supposed bid to get the then-Carrie Symonds, whose relationship with Johnson was then not widely known, a £100,000 a year post in “early 2018”, failed was that officials at the Foreign Office became aware of the fact that they were more than mere acquaintances through her party work as head of communications.

In such circumstances, there was a revolt by officials because it would break the ministerial and social service codes, was cronyistic, and she was underqualified to be chief of staff, or something like that.“I stand by the story 100 per cent,” Walters told the New European. “I was in lengthy and detailed communication with No 10 at a high level, Ben Gascoigne and Mrs Johnson’s spokeswoman for up to 48 hours before the paper went to press. At no point did any of them offer an on-the-record denial of any element of the story. Nor have any of these three offered an on-the-record denial to me since. No 10 and Mr Gascoigne did not deny it off-the-record either.”

In the story that appeared in only the first edition of the Times on Saturday, Walters wrote that Ben Gascoigne — a senior aide to Johnson at the Foreign Office, who still works for him as a deputy chief of staff in No 10 — had threatened to resign if Johnson had gone through with the appointment of Symonds. It would clearly have been — as Walters wrote — “a flagrant abuse of ethics” and the ministerial code.

The knowledge about the Symonds-Johnson affair came about because an unnamed MP walked into Johnson’s office and found the pair in a compromising position. Walters wrote: “The Times has identified and contacted four allies of Boris Johnson who know of the matter. Three, two of whom were given senior ministerial jobs when Johnson became prime minister in 2019, spoke in return for anonymity.

One said: ‘An illicit relationship with Carrie was none of our business: making her chief of staff was definitely our business. Our job was to protect him. He kept saying she would be great in the job. We knew what was going on between them and that it was an insane risk to him to let him do it.’ A second ally said: ‘Most of us thought she wasn’t the right person because she was relatively inexperienced.’”

Curiously, the unnamed MP who gave the story about walking in abruptly on Johnson and Symonds to Ashcroft partly denied it to Walters, as “20 per cent true”, which suggests that perhaps the lovers were not in full flagrante delicto.

Walters and Ashcroft do, however, agree on the substance of the story, which is actually a serious matter, and one that would be referred to the independent adviser of ministerial conduct, if there was one. But there isn’t, and may never be.

The only other published corroboration, so far, is a stray line in In The Thick of It, the published diaries of Alan Duncan MP. Duncan was a minister of state of state at the foreign office at the time and his diary for Sunday 22 April reads: “Apparently Carrie Symonds, head of press in Conservative HQ, is due to become a Spad in the FCO. It’s the first I’ve heard of it.”

Were it not for the many other scandals and failures that have benighted this government and the country, the allegations about the prime minister wanting to give his girlfriend a job as a senior adviser, without declaring the interest, and the subsequent attempt, justified or not, to suppress the story would merit far more media attention. But even the most censorious of his critics eventually gets blasé about his actions, and start making excuses and writing his script for him: “It was, after all, years  ago… before he became PM… no one has gone on the record about it… she never got the job anyway… there’d have been a procedure… there’s bigger problems around… it’s sexist… Starmer’s not doing very well… vaccine roll-out… Zelensky.”

I’m making excuses for him! See what I mean? But none of us should ever get used to what Boris Johnson tries on. He has the morals of an alley cat and we’re reminded of it virtually every day. That’s no reason to normalise him. 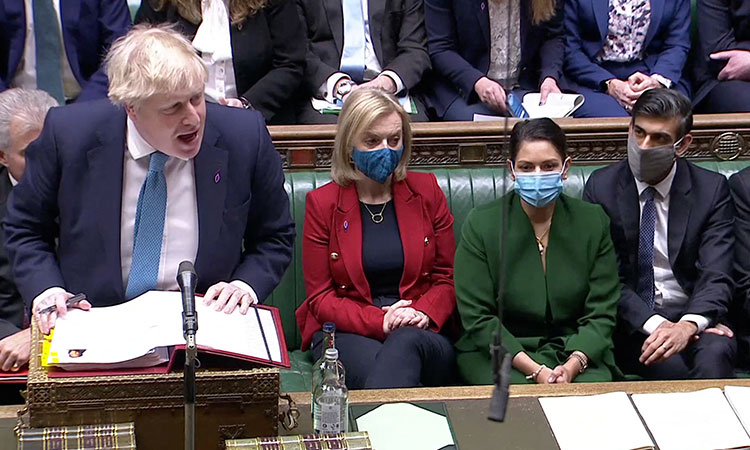 Boris Johnson on Wednesday rejected opposition calls to resign for attending lockdown parties but accepted that a rule that ministers should lose their jobs if they had knowlingly misled parliament applied to him.