Majority of US voters support the deal with Iran - GulfToday

Majority of US voters support the deal with Iran 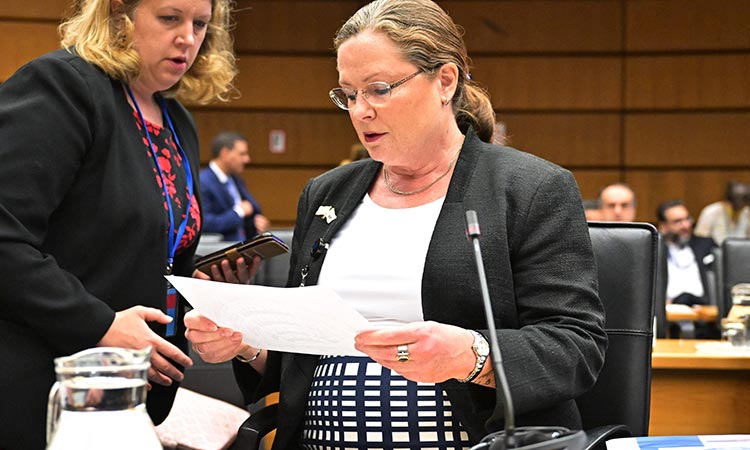 Laura Holgate, US Ambassador to the Vienna Office of the United Nations and to the IAEA, attends the quarterly IAEA Board of Governors meeting at the agency headquarters in Vienna, Austria. AFP

US presidential candidate Joe Biden promised to return to the 2015 agreement limiting Iran’s nuclear programme in exchange for lifting sanctions. Instead, President Biden sticks to the dangerous and destructive policy dictated by Donald Trump who withdrew from the deal in 2018 and slapped 1,500 punitive sanctions on Iran.

Biden hesitates although 54 per cent of registered US voters support a deal while only 20 per cent oppose; among Biden’s Democrats the number is 70 per cent backers and six per cent opponents; among independents 50 per cent support and 30 per cent do not; and 41 per cent of Republicans are in favour against 35 who are not.

Since Biden’s own positive rating is currently a low 41 per cent against 56 per cent negative rating, it would seem it would behove him to re-enter the deal. The main obstacle is Tehran’s insistence that the US must lift Trump’s designation of Iran’s Revolutionary Guard (IRG) as a “foreign terrorist organisation,” making the IRG the world’s sole national army to join a host of armed non-state actors.

The text, a somewhat amended version of the original document, has been ready for months and awaits finalisation. Why then is Biden procrastinating and prevaricating? He faces stiff opposition from domestic anti-Iran lobbyists and legislators and Israel where the government rejects the deal. In both countries military and intelligence experts are, however, in favour. They hold, correctly, that Tehran has made great strides in developing both nuclear expertise and output since Trump pulled out, prompting Iran to gradually reduce its adherence in retaliation.

Instead of being limited to 3.67 uranium enrichment Iran has 43 kilograms of 60 per cent enriched uranium: this is a few steps away from the 90 per cent needed for a bomb. Instead of having a 300 kilogram stockpile of 3.67 enriched uranium, Iran has a stock 18 times larger of uranium enriched above the 3.67 per cent level permitted. Instead of carrying out enrichment with old, approved centrifuges, Iran has employed advanced centrifuges.

Instead of abiding by the stringent monitoring regime put in place by the International Atomic Energy Agency (IAEA), Iran has been slipping surveillance. Until Iran began to breach the regulatory regime, it was the toughest on earth.

Nevertheless, Iran has pledged to revert to the deal once the US re-enters and to halt enrichment above 3.67 per cent, export all but 300 kilogrammes of the permitted 3.67 per cent of material in its stockpile, revert to old centrifuges which have been warehoused, and re-engage fully with the IAEA monitoring effort.

Opponents of the deal argue its “sunset clauses” will expire by 2031, thereby ending restrictions on Iran’s nuclear activities. This may be addressed in the new deal.

However, they also contend it fails to curb in Iran’s ballistic missile programme and sup- port for Lebanon’s Hizbollah, Yemeni Houthi rebels, Iraqi Shia militias and the Syrian government.

Since these issues are outside the purview of the 2015 deal, Iran rightly rejects including them in its successor. Tehran has also made it clear that they can be discussed directly with the US once Biden re-joins the deal and sanctions are lifted.

After months of trying to get the external issues incorporated into the nuclear deal, the Biden administration conceded that this is impossible.

On April 29th this year, Secretary of State Antony Blinken told lawmakers that the Trump administration’s “maximum pressure” campaign had failed and “produced a more dangerous nuclear programme” while Iran stepped up involvement in regional affairs. These post-Ukraine war remarks suggested that the Biden administration was ready to return to the deal.

However, the administration continues to blow hot at one moment and cold another. Last week Washington may have blown up the deal. At the 35-member IAEA board of governors meeting in Vienna the US — along with acolytes Britain, France, and Germany — secured the adoption of a resolution critical of Iran over its inability or refusal to account for traces of nuclear material at three undeclared sites found by IAEA monitors in 2019 and 2020.

The resolution, which received 30 votes in favour — with Iran and Russia voting against and India, China and Libya abstaining — urges Iran to co-operate “without delay” with inspectors after IAEA director Rafael Grossi reported he had not received a “technically credible” explanation for the presence of particles.

Atomic Energy Organisation of Iran spokesman Behrouz Kamalvandi pointed out that uranium “contamination” was possible “in a country as vast as Iran.” He also suggested “human sabotage” by Israel which is blamed for repeated attacks on Iranian nuclear sites and assassinations of Iranian scientists.

Iranian officials are suspicious due to the fact that former Israeli Prime Minister Bin- yamin Netanyahu instigated visits by IAEA inspectors to one of the three contaminate sites at the village of Turquzabad near Tehran. IAEA monitors took soil samples and concluded that there were “traces of radioactive material” at the location which may have been used for storage as there were no signs of processing. How did Netanyahu know there were samples at this site?

Although the IAEA still has more than 40 cameras which will continue to operate at Iran’s enrichment facilities, Grossi stated Tehran’s action mounted to a “serious challenge.” He warned that in three or four weeks the agency would be unable to provide “continuity of knowledge” about Iran’s activities. “This could be a fatal blow” to negotiations over the nuclear deal, he stated.

He also warned that Iran is “just a few weeks” away from having enough enriched uranium to build a nuclear bomb. However, Iran halted work on weaponisation in 2003 and supreme leader Ayatollah Ali Khamenei has repeatedly stated that Iran will not manufacture nuclear weapons as they are prohibited by Islam.

Kelsey Davenport of the “independent” Washington-based Arms Control Association told the BBC that in ten days or less Iran could transform its current stock of 60 per cent enriched uranium into the 90 per cent required for weapons. She said, however, that manufacturing bombs would require one or two years. 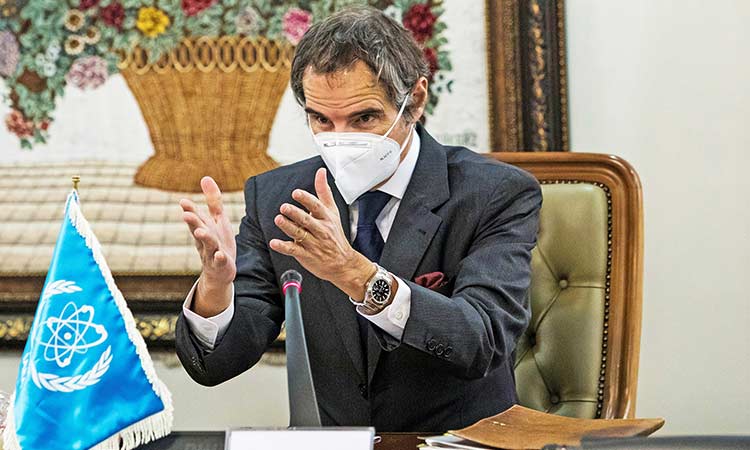 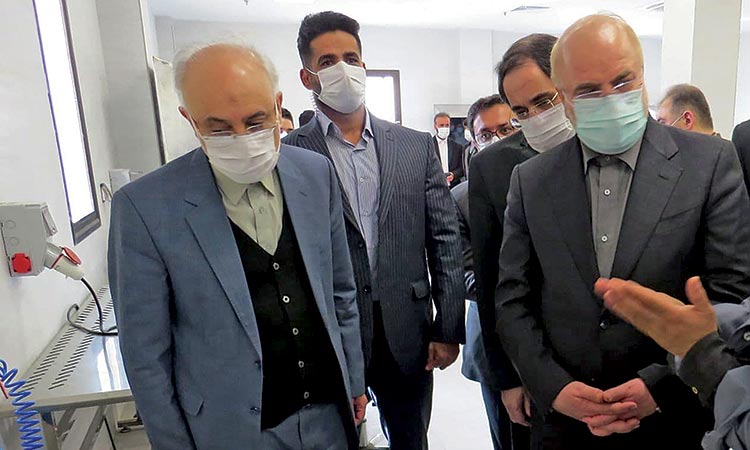