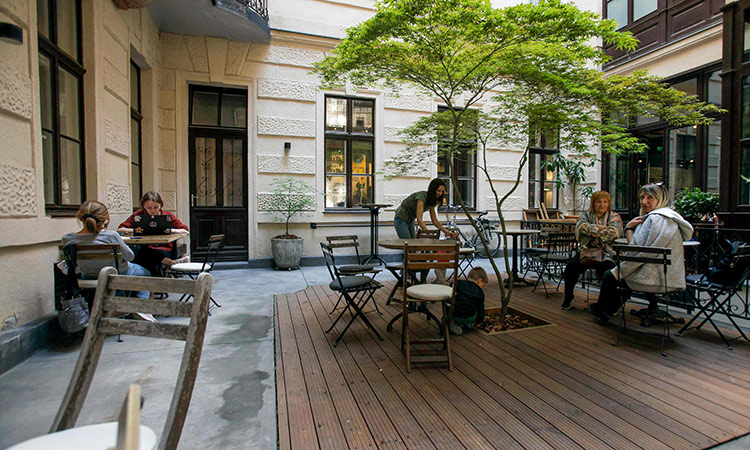 Ukrainians are pictured at the temporary ‘The Workshop’ refugee shelter in Budapest, Hungary, on May 5, 2022. Agence France-Presse


In a peaceful corner of northern France, Ukrainian Olympic athlete Tatyana Kolesnikova tends to a freshly planted vegetable field beside a medieval castle — the sounds of the war she fled replaced by a chorus of birdsong. The former world rowing champion is one of nearly 400 refugees who have recently arrived in the rural region thanks to an initiative led by the castle’s Franco-American owner that has inspired similar community efforts across France.

Three months ago, Kolesnikova, 44, was jolted awake by the sound of bombs falling on her home city, the capital Kyiv, as Russia launched its Feb. 24 invasion. “I heard bombs drop just two kilometres away. It was really shocking. No one expected this, everyone said it was impossible,” said Kolesnikova, a World Championship gold medalist who has competed in three Olympics. She found out about the project at Tilques — 30 km (20 miles) southeast of Calais — after fleeing to Poland with her eight-year-old daughter. Her husband, like most other men, has stayed in Ukraine. “We had a happy, normal family life,” she said. “We had jobs and a big house, we enjoyed sport and travel. We had everything, but in one day it disappeared.”

She smiles wryly as she recalls how just weeks before the invasion the family were making holiday plans and her daughter had begged to visit France. Kolesnikova, who has joined the local rowing club, has taken a temporary gardening job, but hopes to find work as a sports coach.

Most of the refugees are being hosted by families in the area around the castle and in the cathedral town of St Omer, said Mary Meaney, who founded the Solidarite Ukraine initiative. “It’s been an amazing community effort and we now want to scale up across France to help as many people as we can,” she told the Thomson Reuters Foundation. Some of the refugees were collected from Poland by the head of the local football club and a team of volunteers who picked them up in the club’s minibuses — a 3,000-km (1,860-mile) round trip. The youngest arrival is a baby born at the outbreak of the war. The oldest, a spry 94-year-old recently evacuated from Ukraine’s eastern Donbas region, who surprised his hosts by singing France’s national anthem in perfect French.

Donations of everything from computers to bikes and baby supplies have poured in. Farmers deliver fresh produce and milk, a baker provides bread and the mayor of Tilques has ploughed the field next to the castle for the Ukrainians to grow vegetables. Children have been welcomed into schools; businesses and farms have offered jobs.

“We’ve seen incredible solidarity and generosity,” said Meaney, 49, a former senior partner with global consultancy firm McKinsey who lives at the castle with her British archaeologist husband Ian and their six children.

The castle sits on the edge of a UNESCO-protected biosphere crisscrossed with waterways in an agricultural region famed in France for its carrots and cauliflowers. Some of the refugees live in whitewashed farm buildings in the castle grounds where Meaney has also created a community centre. The farm is a hive of activity. Trucks turn up with food, volunteers sort through donations in a barn, children play on swings among the trees, mothers take French lessons in a makeshift classroom. Solidarite Ukraine is working with businesses, nonprofits and the government employment agency to find the refugees jobs. Like other European Union countries, France has given Ukrainians the right to live and work for up to three years.

A Ukrainian doctor has already started at a local hospital, while a microbiologist has been promised a pharmacy job when her French improves. Many of the refugees are well educated, but the language is a major barrier. Some are working on farms and a chicory-packing plant. French food giant Bonduelle has offered 250 seasonal jobs and the crystal glass factory in nearby Arques is also hiring refugees.

Others have got jobs with UNA, a national organisation providing homecare for the elderly, sick and disabled. UNA representative Christiane Martel said there was high demand for caregivers in the region, especially since the COVID-19 pandemic, though transport between villages is a problem. With almost none of the refugees speaking French, Google Translate has become indispensable on the farm. A coordinator with her phone permanently to hand asks one of the Ukrainians if anyone would like a one-off job at the nearby 4-star hotel.

She speaks rapid French into her phone and flashes up the Ukrainian translation. The refugee nods.

Several times a week, French teacher Nataliia Pozhylova arrives at the farm to give classes. “Without the language it’s very complicated for them,” said Pozhylova, a Ukrainian married to a Frenchman. “They’re really determined to learn.” The refugees are keen to work. Some want to send money to family still in Ukraine or save for their eventual return home.

Several said they would have preferred to stay in Poland, but thought France offered more chances of finding employment. “All my life I’ve been independent,” said accountant Yulia Ostrovska, 37, who lives on the farm with her two daughters and their spaniel dog. The family fled Kharkiv after spending a week in a bomb shelter as Russian jets pounded the city. “When you’ve lived in your own apartment and have worked and had your own money you want to work again and be independent,” Ostrovska said.

One of Solidarite Ukraine’s golden rules is to ensure refugees are accommodated in geographic clusters so no one is left isolated. Many are deeply traumatised. Some were part of a convoy of 12 cars that came under attack as they left Ukraine. Only five made it out. Moscow calls its invasion of Ukraine a “special military operation” to rid the country of fascists, an assertion Kyiv and its Western allies say is a baseless pretext for an unprovoked war. “They watched their family and friends in front of them, next to them and behind them get blown up,” said Meaney.

“The kids are traumatised every time they see a plane because they think it’s a Russian jet come to kill them.” She has created a global network of 60 Ukrainian and Russian-speaking psychologists who provide the refugees with therapy by video calls. The farm also provides a meeting space where they can socialise, and every weekend there are activities from bowling and kayaking to pizza parties and movie nights.

The last three months have been a roller-coaster, said Meaney. There have been fantastic moments when children smiled for the first time, but also frustrating battles with pockets of “glacially slow” French bureaucracy.

With the help of Imperial College Business School in London, Solidarite Ukraine has now compiled a 130-page handbook to help other French communities wanting to welcome refugees. Imperial is considering a similar guide for Britain. The handbook advises on preparations ahead of the refugees’ arrival, how to integrate them into the community, and provides Ukrainian translations of official forms.

Sitting in the community centre, mother-of-two Ostrovska scrolls through photos on her phone of her “beloved Kharkiv”. Like many of the refugees, she is very grateful to her French hosts. Her daughters are settling in well, but Ostrovska misses home. “It’s amazing here,” she said. “But I just want my old life back.” 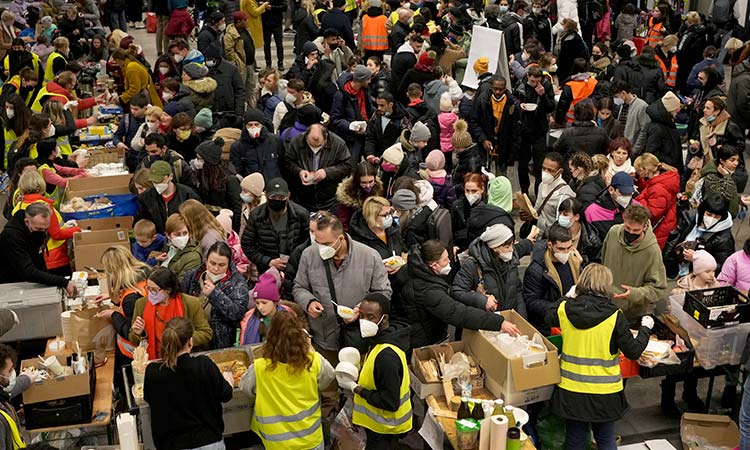 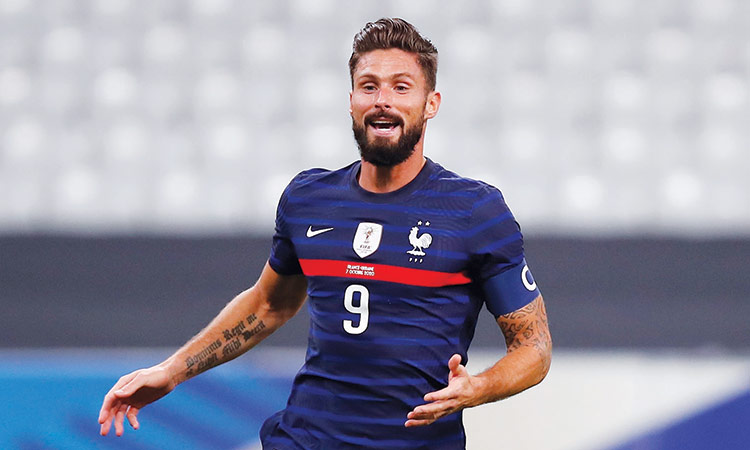