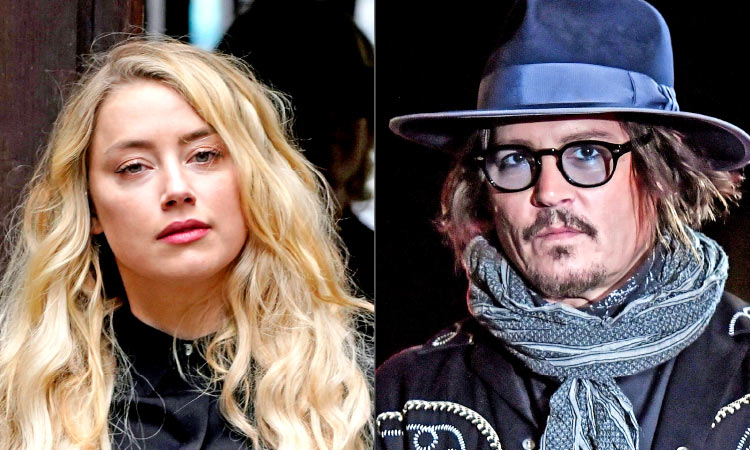 Back in 2020, in the wake of Johnny Depp’s failed libel lawsuit against the publisher of The Sun, which had called him a wife-beater — and in the wake of Amber Heard’s 2019 op-ed in the Washington Post in which Heard described herself as a victim of domestic abuse — the culture turned against Depp.

He was pushed out of the Fantastic Beasts franchise and the Pirates of the Caribbean films. And while he wasn’t suddenly destitute or imprisoned, he was shamed and vilified on a global scale by a public that had very little information about what actually occurred. I felt for Johnny Depp in that moment. I am still dealing with the psychological trauma of the public shaming I’ve endured. It’s no small thing. I spoke out in support of Depp back then, not because I knew he was innocent of abuse, but because it was clear to me that, regardless of his defamation trial verdict, he was being punished by the court of public opinion without a guarantee for proportional sentencing or a right to appeal. All this was after a messy 2016 divorce and a settlement for seven million dollars. At that time, Depp and Heard issued a joint statement, saying that while their relationship was “intensely passionate and at times volatile,” it was nonetheless “always bound by love.” But then #MeToo happened. Then Depp was branded a “wife-beater” and Heard a victims’ rights advocate. Was Depp getting his just desserts, or was he caught up in the hysteria of a long overdue but undiscerning social justice movement? Was Heard a victim, or an opportunist?

These questions are being adjudicated in an actual courtroom at this time, but not behind closed doors. This is a televised and hot-take-fuelling spectacle the public won’t be denied. And there’s plenty here to tarnish both Depp and Heard. Like Depp’s text messages to actor Paul Bettany: “Let’s drown her before we burn her!!!” Or the fact that Heard’s 2019 op-ed for the Washington Post was ghostwritten by the ACLU after she pledged to donate millions to them, a promise she never followed through on. But as much as Depp was vilified, there’s a special kind of rancor that is directed at women, and while the #AmberTurd and #AmberHeardIsAnAbuser tags trended, bot armies amplified pro-Depp stories, one being reshared 20,000 times. The more credible evidence that has emerged in Heard’s favour, the more violent the rhetoric against her has become. But the death threats are not just online.

At the start of this trial, two people were removed from court when it was alleged they’d previously made violent threats online against Heard. As someone who’s received plenty of death threats, I can tell you that, while it’s a fairly safe assumption that most are empty rhetoric fueled by rageful echo chambers, misinformation, and anonymity, you never know. And that slim chance is terrifying. Who wins in a trial like this? Not Depp. Not Heard. Not us. But can’t we condemn the spectacle and yet still sift the evidence to arrive at our conclusions about the guilt and innocence of these two human beings whose trauma and pain and ugliness has been paraded before us? I’m not going to tell you my opinion on the Depp v Heard trial. My opinion is just that, an opinion, and it doesn’t matter. And frankly, neither does yours.

In her 2019 op-ed, Heard wrote, “I felt as though I was on trial in the court of public opinion — and my life and livelihood depended on myriad judgments far beyond my control.” I’m sure that feeling is only amplified now, and I’d bet Depp feels it too. No one, not even the privileged and wealthy, should have to face such unforgiving and unaccountable judgment. That feeling, and it is not a good feeling, is the feeling of our collective gaze. It can’t happen without us speculating, accusing, slandering, threatening, think-piecing, and objectifying these human beings for our own moral crusades.