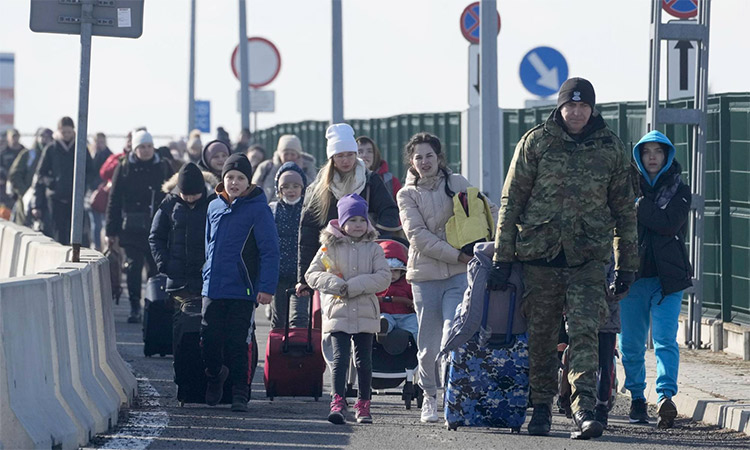 Conflicts spare none, but the ordinary are hit the hardest. It throws everything out of gear, especially for those with modest means. Overnight, it makes those affected homeless, hopeless and helpless. For those of us who live in airconditioned highrises we just do not know what war means, since we are safe and secure.

Life in this paradise of calm and quiet is too cosy, far away from the terrifying and nerve-rattling bombings that can scare the living daylights out of anyone, be they young or old.

Imagine the house where you have lived for years being bombed because of dirty and dangerous politics, dangerous because they risk lives. It can be gut-wrenching to leave a city, whose love courses through your veins and which has been part of your DNA, since childhood.

Military strikes, which have become the new normal in some countries, transform you into an utterly shaken refugee.

You have to pack your bags and baggage and with family in tow, walk or travel in buses or trains towards your destination far away in other countries.

This is what the people of Ukraine, constantly listening to the sounds of bombardment, must be feeling. More than eight million people have already been displaced within the war-ravaged country since Russia’s full-scale invasion began on February 24, in addition to the more than six million who have fled Ukraine as refugees.

Conflicts and natural disasters forced tens of millions to flee within their own country last year, pushing the number of internally displaced people to a record high.
Some 59.1 million people were registered as internally displaced worldwide in 2021 – an all-time record expected to be broken again this year amid mass displacement inside war-torn Ukraine.

Around 38 million new internal displacements were reported in 2021, with some people forced to flee multiple times during the year, according to a joint report by the Internal displacement Monitoring Centre (IDMC) and the Norwegian Refugee Council (NRC).

Syria, where civil war has been raging for more than 11 years, still accounted for the world’s highest number of people living in internal displacement due to conflict – 6.7 million – at the end of 2021.
That was followed by the DR Congo at 5.3 million, Colombia at 5.2 million and Afghanistan over two million.

And global internal displacement figures are only expected to grow this year, driven in particular by the war in Ukraine.

“2022 is looking bleak,” IDMC director Alexandra Bilak told reporters.
The record numbers seen in 2021, she said, marked “a tragic indictment really on the state of the world and on peace-building efforts in particular”.

NRC chief Jan Egeland agreed, warning: “It has never been as bad as this.”
“The world is falling apart,” he told reporters.
“The situation today is phenomenally worse than even our record figure suggests.”
In 2021, sub-Saharan Africa counted the most internal movements, with more than five million displacements reported in Ethiopia alone, as the country grappled with the raging and expanding Tigray conflict and a devastating drought.
That marks the highest figure ever registered for a single country.

Unprecedented displacement numbers were also recorded last year in the Democratic Republic of Congo and Afghanistan, where the Taliban’s return to power, along with drought, saw many flee their homes.
The Middle East and North Africa region recorded its lowest number of new displacements in a decade. 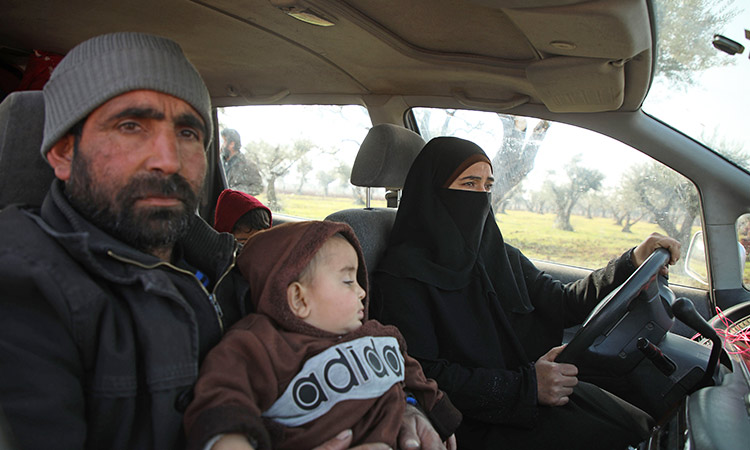 After fleeing war, a Syrian homeless family takes shelter in a car

Exhausted from days of driving in search of shelter in northwest Syria, 38-year-old Ghossoon has no idea where her family will go after fleeing regime and Russian bombardment. 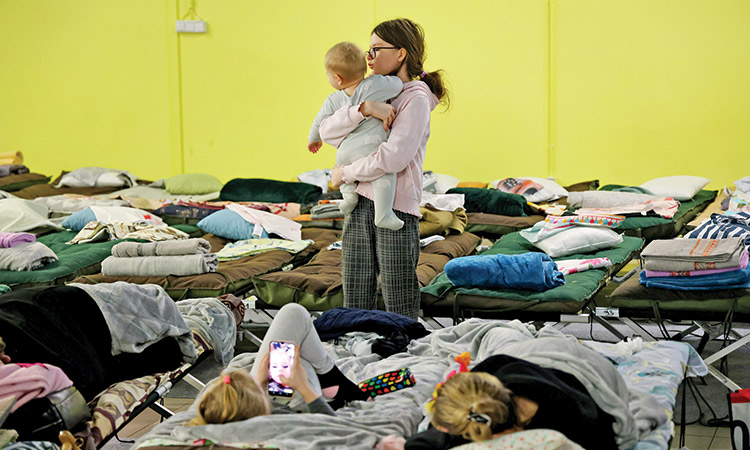 I left active combat behind on May 11, 2006, after a roadside bomb ripped through the bottom of our Humvee. It killed my friend in front of me and sent shrapnel through my bones, while the blast wave smashed our brains. It threw my machine