A nuclear weapon-free world is the best option to make the world a peaceful place for everyone. But for that noble cause the most powerful countries should take an honest approach to bring about a consensus among all the stakeholders (“Biden says ‘hello’ to North Korea’s Kim amid tensions over weapons tests,” May 22, Gulf Today website).

US President Joe Biden, in Seoul before heading to Japan as part of his first Asia trip as president, had a simple message for North Korea’s Kim Jong Un: “Hello... period,” he told reporters on the last day of his visit to South Korea on Sunday.

Biden said he was “not concerned” about new North Korean nuclear tests, which would be the first in nearly five years.

But his wry response when asked what message he had for Kim underscored the administration’s low-key approach to the unresolved tensions with North Korea. It is a stark contrast to former President Donald Trump’s showy threats, summits, and “love letters” with Kim.

The United States is the only superpower country in the world so it’s the US responsibility to take the initiative and start negotiations with all countries including North Korea.

I am sure the sincere efforts and a meaningful dialogue will help North Korea as well to avoid nuclear weapons tests. 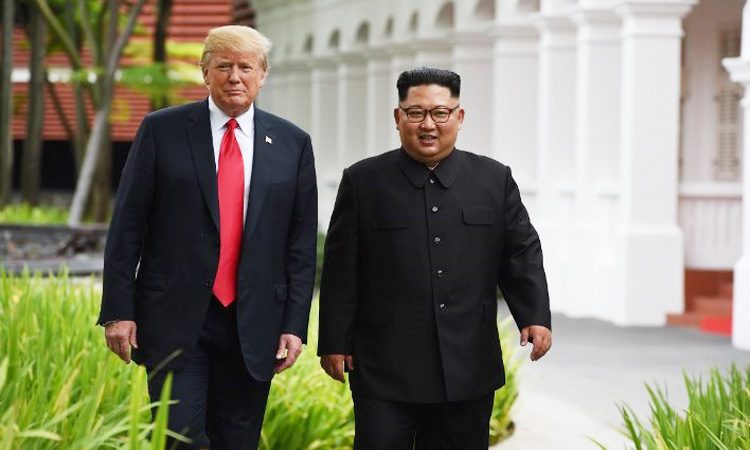 N Korea’s stance on US may be an overture

After giving the Biden administration the silent treatment for two months, North Korea this week marshalled two powerful women to warn Washington over combined military exercises with South Korea and the diplomatic