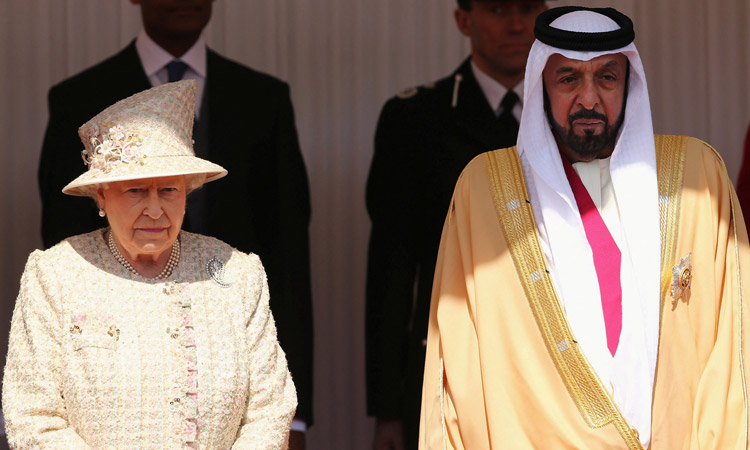 Khalifa, the president of the UAE, oversaw much of the country’s blistering economic growth and his name was immortalized on the world’s tallest building, the Burj Khalifa.

Here is the life of Sheikh Khalifa in pictures: 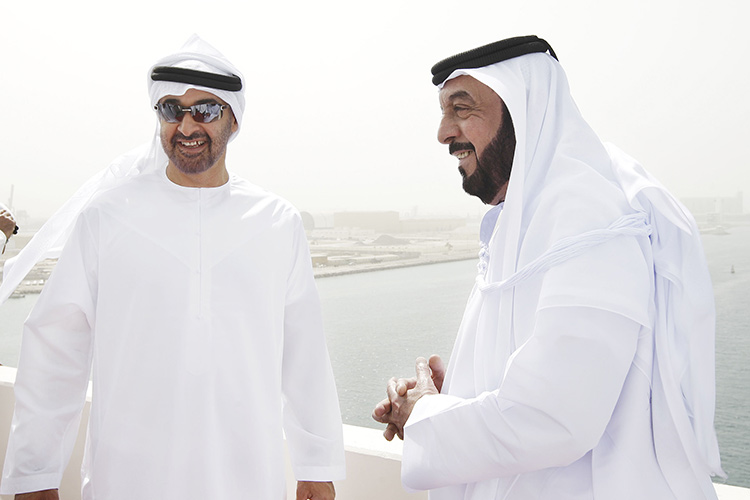 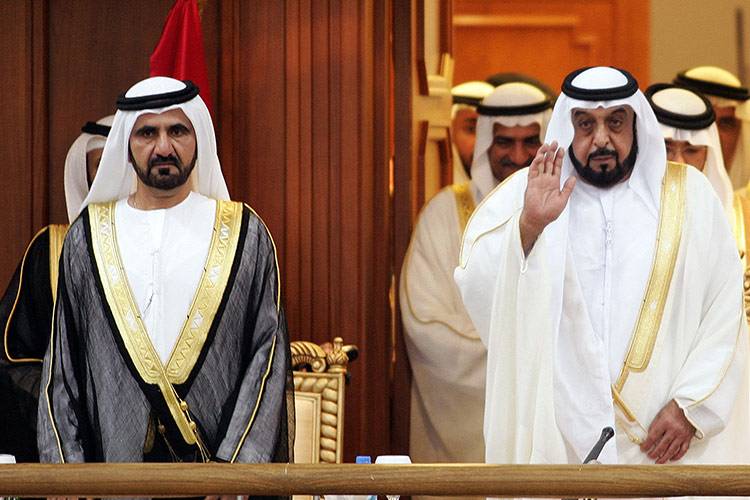 On August 4, 2009, Sheikh Mohamed Bin Zayed Al Nahyan, Crown Prince of Abu Dhabi, Deputy Supreme Commander of the Armed Forces and Chairman of the Executive Council of the Emirate of Abu Dhabi (left) and late President Sheikh Khalifa Bin Zayed share a light moment during an inspection at the Saadiyat Island Bridge. File 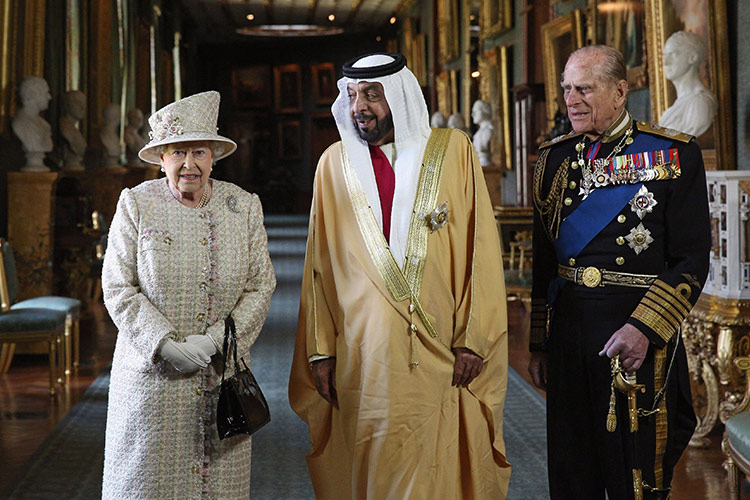 In this file photo taken on April 30, 2013, Britain's Queen Elizabeth II (L) and late Prince Philip, Duke of Edinburgh (R), walk with late Sheikh Khalifa after the official welcome and before a lunch during the first day of the Sheikh's state visit to Britain in Windsor Castle, Berkshire, west of London. File/ AFP 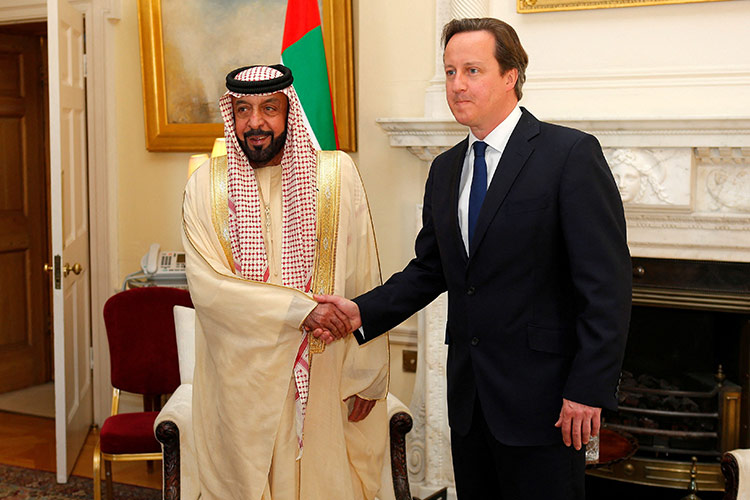 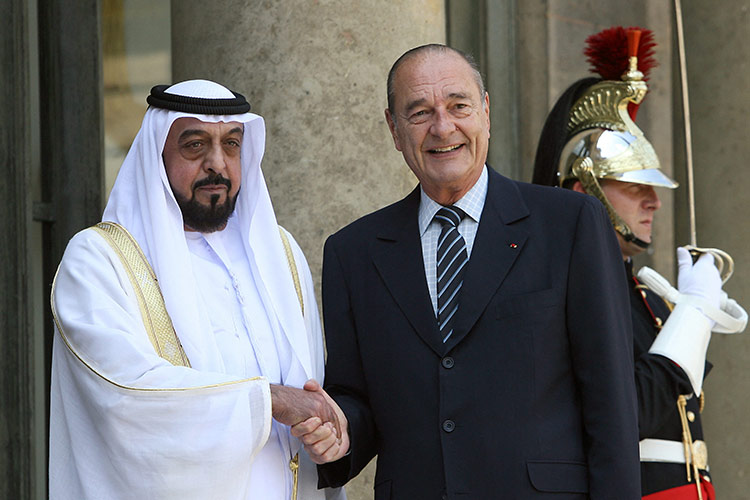 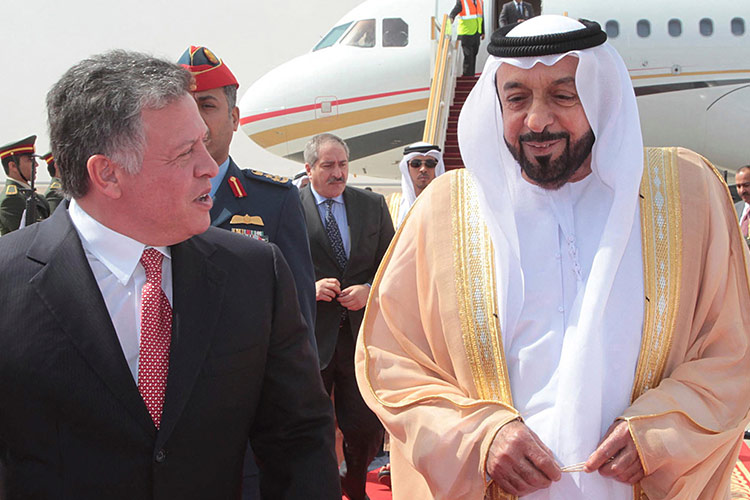 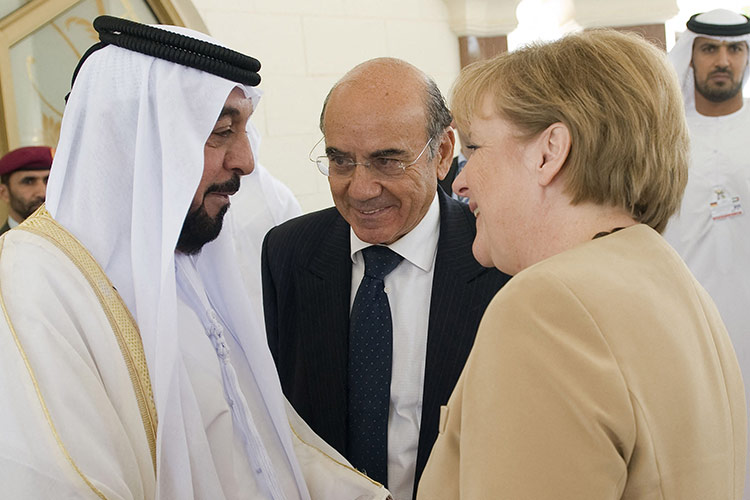 In this file photo taken on May 25, 2010 German Chancellor Angela Merkel is welcomed by late Sheikh Khalifa in Abu Dhabi. File/ AFP 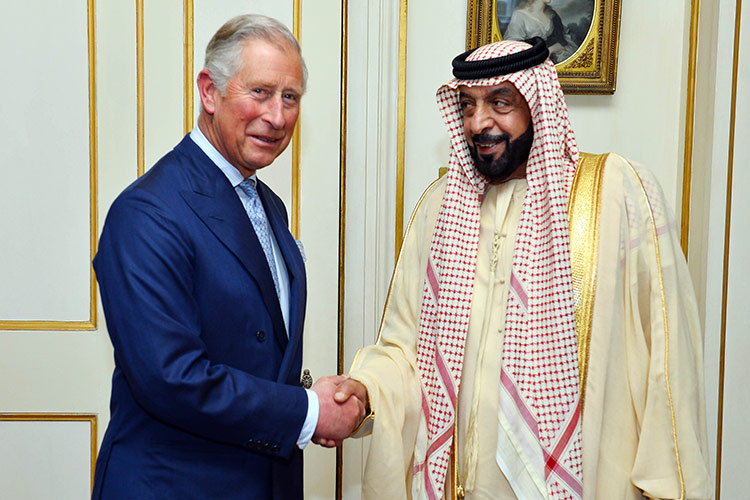 The Prince of Wales, Charles with the late President Sheikh Khalifa during his visit to Clarence House in central London on the second day of his State Visit to the UK Wednesday May 1, 2013. File/ AFP 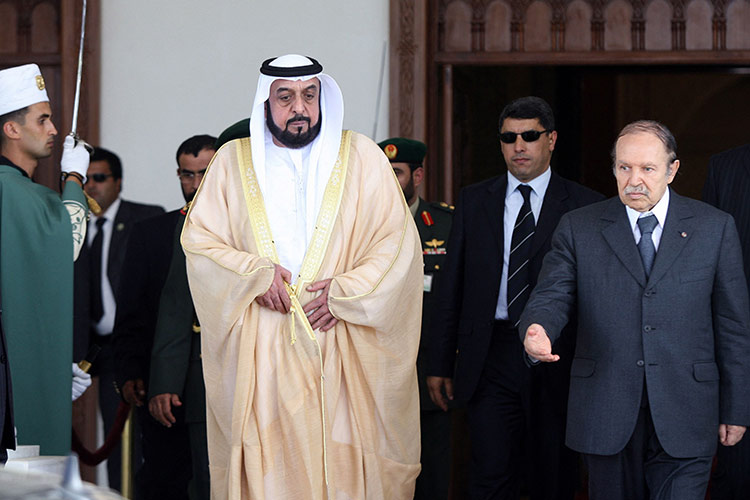 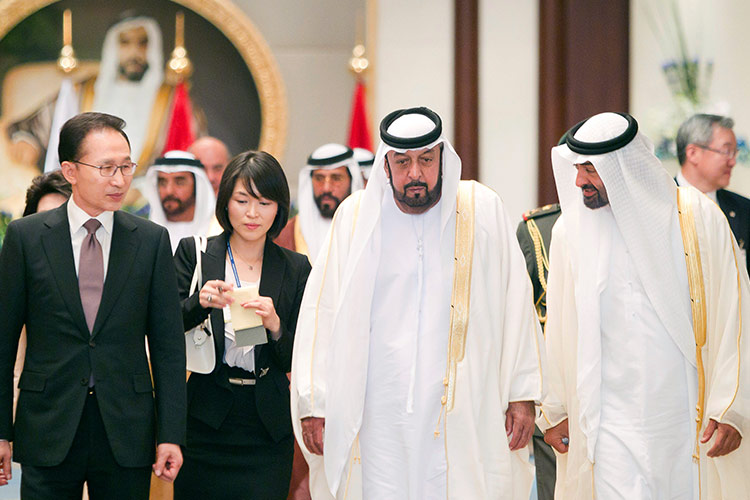 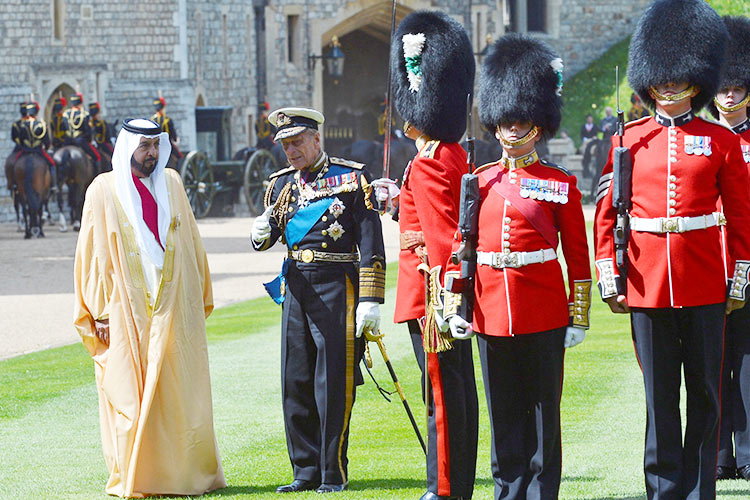