Why are we still judging couples with age differences? - GulfToday

Why are we still judging couples with age differences? 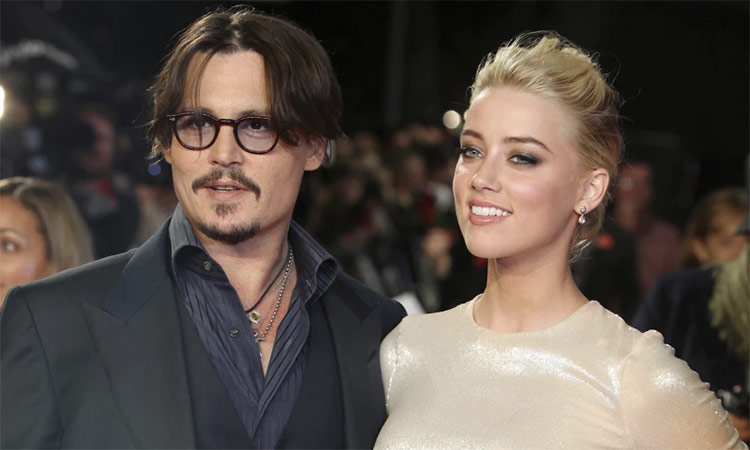 As the media and public attempt to make sense of the increasingly murky and perplexing defamation trial between Johnny Depp and Amber Heard, questions around the couple’s age gap are repeatedly surfacing. Reports describing their connection as occurring “despite their 22-year age difference” are commonplace in the frenzy of analysis about the Depp-Heard story.

Everything from the gossip columns to the dailies are commenting on the pair’s age gap, seemingly insinuating that their 22-year difference is likely to have exacerbated, if not caused, the problems in their relationship.

Like Johnny Depp and Amber Heard, my husband and I have a 22-year age gap. I was 24 and he was 46 when we started dating. We have been together for 20 years, married for 13, and have two teenage sons. We have always been very happy together and our age difference has never been an issue. While assumptions persist that there can be friction based on supposed power imbalances in relationships with age differences, such issues have never been at play in our long and fulfilling marriage.

After meeting at a gig in Manchester in the late 1990s, we have maintained our mutual passion for music and other shared interests, which goes against the naysayers’ contention that couples with generational differences face compatibility problems. In fact, I rarely even think about our age gap. In a progressive society that supposedly accepts that all relationships look different, whether related to gender,  or even the number of people in the same relationship, why are we still judging couples with age differences?

Media attention focussed on mixed-age relationships, such as the French president Emmanuel Macron’s marriage to a woman 24 years his senior, is contributing to the taboo around dating someone much older or younger. The reaction to Depp and Heard’s age gap, sadly embodies the same stigmatising view.

For example, The Telegraph reported that there is “nothing surprising about a celebrity divorce, or a second marriage between two celebrities with a massive age gap falling apart.” A New York Post article highlighted the age gap too, describing Heard as “in her mid-20s then, half Depp’s age”, so “she had no idea about the iconic Gen X romance that was Johnny Depp, 26, and Winona Ryder, 17”. The article provocatively asks: “Think that age gap would ever fly today?”

The couple’s age gap was raised by the media well before Depp announced he was suing Heard. When the divorce hit the headlines in 2016, the celebrity and gossip columns had a field day, insisting it was the “22-year age difference that really got people talking” and speculating as to whether the age gap was the reason for the split.

The couple have previously assured the public that their difference in age didn’t matter. In 2014, when the pair got engaged, Depp spoke of how their 22-year age gap was not an issue and that Heard was the one who mentored him. In the case of the Depp/Heard trial, media focus should be on the huge differences in their accounts of the troubled relationship and the crimes they accuse each other of, not their age gap.

Presenting women who date older men as vulnerable and being manipulated in some way, or there being something inherently unsettling about relationships with age difference – as we have seen with the Depp/Heard trial reporting – means aversion to mixed-age love will remain, and couples will continue to face judgement.