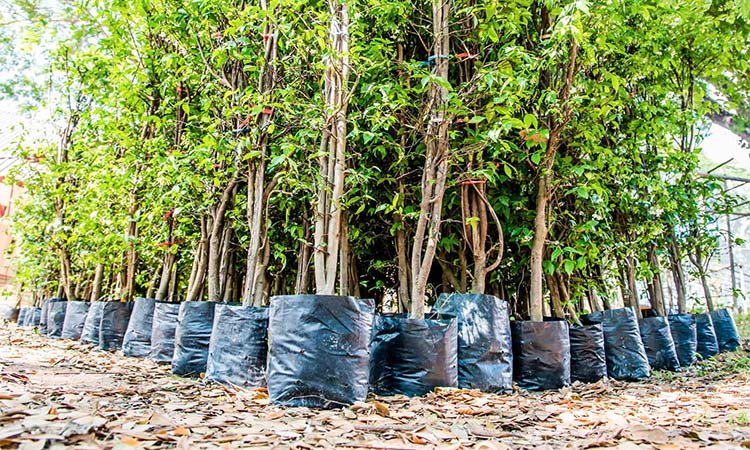 Shedding light on the trend of planting the wrong trees in the wrong places, an analysis of tree planting data in India’s Himachal Pradesh shows that for every dollar that goes into tree plantation programmes, at least half is wasted, as reported by Mongabay-India. Titled “Predicting wasteful spending in tree planting programs in Indian Himalaya,” the study points out that nature-based solutions, such as large-scale forest restoration, to mitigate climate change, can fail if the wrong trees are planted in the wrong places, leading to financial losses.

In Himachal Pradesh, nearly 40% of afforestation spending was going to places that already had moderate or high tree density, whereas only 14.1% of spending was targeted at areas with low tree-density likely to be degraded forests having high reforestation potential. The abstract of the study states that while tree planting is widely promoted as a cost-effective natural climate solution, yet there are few evaluations of the implementation of tree planting.

This analysis of a unique dataset on tree planting in the Indian Himalayan state of Himachal Pradesh shows that over half of the state’s budget for tree planting is wasted on plantations that are unlikely to survive and/or are poorly designed to achieve the state’s goal of increasing forest cover.

The study highlights that there is a substantial risk of failure from natural climate solutions. Tree planting programs target areas with high tree cover or high probability of tree cover loss. Ineffective natural climate solutions fail to sequester additional carbon. Government-run target-based tree planting programs have led to substantial waste of resources. Himachal Pradesh (and India more generally) has been identified as a high potential area for natural climate solutions due to high government capacity, adequate funding, and government agencies with extensive planting experience. The study combines data on the location and financial outlay for plantations, which allowed the researchers to analyze the relationship between plantations and social and biophysical conditions, with a machine learning model, trained on past land cover change, which predicts the likelihood of future tree cover loss in plantation areas.

The finding that even in this high potential area tree planting programs involve considerable wasted expenditure on ineffective plantations raises questions about optimistic assessments of the potential for tree planting to serve as a cost-effective natural climate solution. The researchers suggest deemphasizing the target-based approaches that dominate present policy-making and high-profile scientific publications, which they argue are the cause of wasted expenditures in Himachal Pradesh. Instead, policy-makers and scientists interested in natural climate solutions should focus on developing solutions that respond to local biophysical, social, and economic realities, and are implemented through transparent procedures that increase accountability to and reinforce the rights of forest dependent people.

Researchers say that for India to achieve climate goals through forest restoration, “substantial changes” in the design and implementation of forest restoration programmes are needed. As Mongabay-India states, with India’s climate mitigation strategy pivoted on the land and forest sector, critics have suggested a forest rights-centric strategy for a just climate change action plan that doesn’t burden forest-based communities.

The study’s projections are based on a machine learning model that factors in location data and detailed budgetary records of 2024 plantations for 2016–2019 in the Himalayan state. The projections also estimate that in the next 10 years, Himachal in a business-as-usual scenario, will spend $100 million on trees that are unlikely to survive, said Fleischman.

A closer look by study co-authors reveals the gaps in afforestation programmes that need to be plugged in India to make them cost-effective and sustainable: sites that are not suited to growing more trees, lack of engagement with forest-dependent communities, and a programme design that isn’t amenable to local biophysical (living and non-living components in the surroundings) and social contexts.

India’s Nationally Determined Contribution to the Paris Agreement targets creating an additional carbon sink of 2.5-3 billion tonnes of carbon dioxide equivalent by boosting forest and tree cover. India aims to bring 33% of its geographical area under forest cover by 2030 to fulfill its international commitments.