How UK strangled its onshore wind energy industry at birth 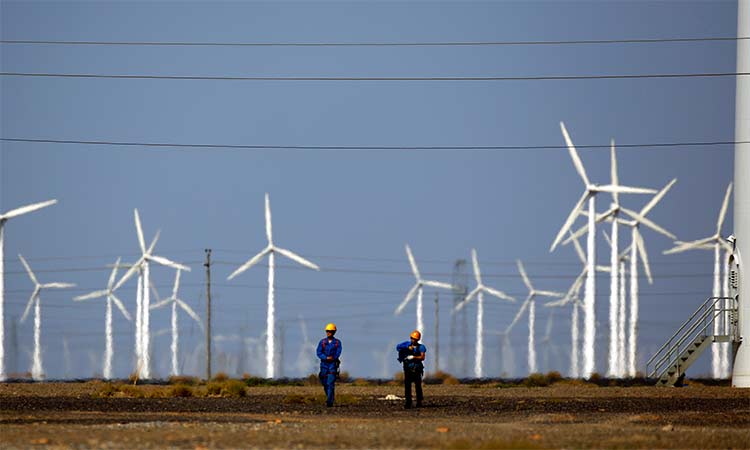 
The destruction of the UK’s land-based wind energy industry by the Tory government exemplifies why so many people were out being arrested in recent direct actions by Extinction Rebellion and Just Stop Oil.

In 2015, the David Cameron Tory government drove three brutal stakes into the heart of a thriving British industry, to ensure its death and the death of thousands of well-paid jobs it was creating. It also directly contributed to the increase in energy costs for consumers, as onshore wind-energy and solar-farms are now the two cheapest sources of electricity.

The first stake was the introduction of a new planning rule that said applications for wind turbines could only be submitted where local councils had specifically designated potential sites in their Local Area Plans (page 46, footnote 54). As councils renew these only 10-15 years, it meant no application could be made over vast swathes of England.

Then, by a miracle, in case an applicant was in one of the few councils with such a designated area, they made another ruling. Windfarms had to consult the local community prior to the application and have resolved all objections to the proposals, before a council could grant planning permission, even if they wanted to. Nathan Bennett from Renewables UK told me that this meant, unlike any other planning application, a single objector could veto the entire project, even if the community and democratically elected planning-committee back it.

But even that was not enough for the Tory desire to kill the industry. If, by another miracle, the proposal was based in a council with designated areas and there was not a single objector and the planning committee had granted permission, the government barred all onshore windfarms from bidding for electricity supply auctions. Without such contracts (now called “Contracts For Difference”), windfarms cannot generate revenue streams to cover the interest payments on money borrowed to build them.

As these regulations applied to the whole of the UK, and not just England, it killed off almost every new windfarm in the devolved nations, which had not introduced punitive planning regulations. This triple whammy has killed the UK onshore wind-industry stone dead for the last seven years.

New onshore wind will cost significantly less than offshore wind, which is currently £39/megawatt hour, say Renewables UK. This compares to over £112 for new nuclear energy and between £200-£300/MWh for gas powered electricity this winter. The cruel irony was that the Planning Framework that killed the onshore wind industry claimed one of its objectives was “to create a low carbon economy.”

The campaigns against wind-turbines were originally led by former Tory press spokesperson for Margaret Thatcher, Bernard Ingham, who had later become a nuclear lobbyist.

They were also fuelled by the right-wing Tory media. There were rumours more recently that the Boris Johnson government was going to remove some of these draconian planning restrictions in its newly released energy “strategy”. Unfortunately it was reported that Grant Shapps MP, the transport minister and Chris Heaton-Harris MP, Tory chief whip, and a rebellion of a minority of up to 120 Tory MPs killed this off.

The opposition from Shapps is particularly egregious. He was quoted objecting to wind-farms due to claimed noise and aesthetics. But he is an enthusiastic private plane pilot and a proponent for climate-trashing regional airport expansions! The response to our request from his office seeking an explanation for this blatant contradiction was… silence.