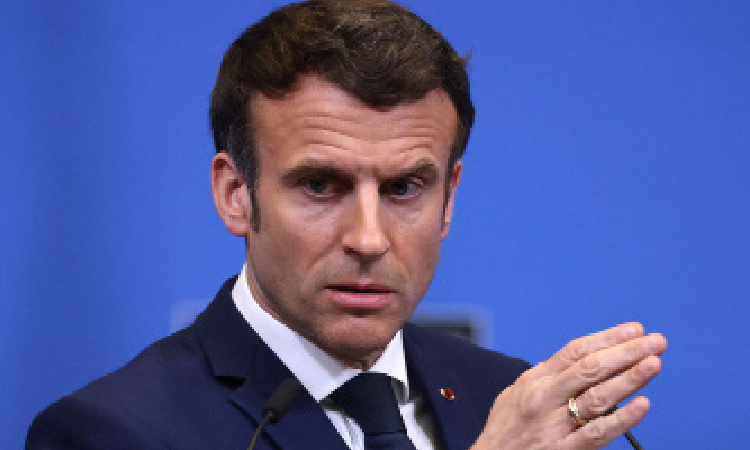 As expected, Marine Le Pen is facing Emmanuel Macron in the second and final round of the French presidential elections. It feels like deja-vu, although this time around Muslim lives are much more at stake than in 2017. In other words, either way, it looks extremely terrible for French Muslims, let alone French visibly Muslim women: “hijabis” as we call ourselves, “veiled” as they like to refer to us.

I know everything I need to know about these candidates without having to closely follow their campaigns. Without even having to watch their three-hour-long “Grand Débat” a few days before the second round of elections. I know what they’re saying about me and the likes of me. I know that because every five years it’s the same rhetoric.

I often wonder, how would they have an election without us? It’s always about us, but without us. We are a major part of the presidential election rhetoric — as if there were no unemployment issues to address or a crisis to manage. As hijabis, we are always the main topic of their discussions yet none of us is given a platform to reply, to defend our position, to explain our choice, and how it is intricately linked to their so-called “valeurs de la République” (French Republican values) of liberty, equality and fraternity.

But, I should say, we are under no obligation to explain our choice to an entire country. But what else can we expect when one of the candidates proudly says that, “Bourguiba, the president of Algeria banned the hijab in public spaces,” and a reporter who doesn’t seem the least surprised by this statement, only retorts: “but that isn’t the case anymore.” (Bourguiba is the former president of Tunisia, and no such decision was taken in Algeria).

The level of debate is that low in France and I refuse to stoop to their level. I refuse to play right into the white French gaze trope — one that is extremely Islamophobic. I refuse to follow French politics on TV or through social media because, as a visibly Muslim woman, what do I gain but headaches at a time I should be preserving my mental health? Do I really need to know in detail how they are planning to oppress us when I am still experiencing their oppression?

I was forced to remove my hijab for six entire years to pursue my studies. I was forced to compromise between my faith and my education. Teachers are told to take the wearing of long skirts by female students as a possible sign of radicalisation. I am preparing for a public exam to be a teacher — a job where I will have to remove my hijab – will my colleagues take my long skirts as a sign of radicalisation, too? Will they report me as a possibly radicalised teacher?

The debate over whether hijabi mothers should or should not be allowed to accompany their children on school outings with their hijabs on is renewed every school year. It’s like they have a subscription plan to this topic among others. The Burkini “issue” — which is only an issue to white, French people — is a basic summer trend. Mind you, they are quite creative when it comes to limiting the freedom of hijabi women. From the Burkini, to education, to sports, no area is exempt from anti-hijab laws. And that is just the tip of the iceberg because their obsession with us transcends any kind of limit.

Le Pen’s agenda towards Muslims has been crystal clear for decades now. Macron’s anti-separatism law and witch-hunt speaks for itself. Just a month ago, a nearby mosque was closed by the government because it was deemed as promoting radical Islam, after its social media page posted in support of Palestinians and Uyghurs.

As French Muslims we wish we could vote for the lesser evil, but we are left with a final round where there is no lesser evil because both candidates have proven their Islamophobia countless times. Again, I cannot help but wonder: how would they have any elections without us, Muslims, on whom their entire presidential campaigns are based on?