Gun violence in US, a hydra-headed monster - GulfToday

Gun violence in US, a hydra-headed monster 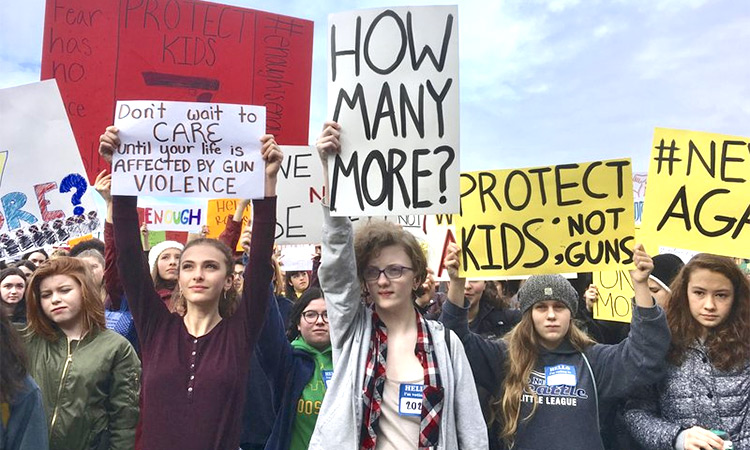 People protest against gun violence in the United States.

History repeats itself, it is said, even in gun violence. In the US, it is not difficult to become ‘trigger-happy’ with gay abandon, thanks to laws that seem to soft-pedal gun violence.

Yet another incident, another repeat of the same old gory episode, has taken place.

Sacramento was jolted out of its peace and quiet on Sunday night when six people were killed and 12 injured in a shooting early on Sunday as bars and nightclubs were closing in the city.

Police apparently did not know if it was a lone gunman or multiple suspects, and asked for the public’s help in identifying the shooter.

Sacramento mayor Darrell Steinberg said: “Words can’t express my shock and sadness this morning. The numbers of dead and wounded are difficult to comprehend.”

President Joe Biden called for action on gun crimes. “Today, America once again mourns for another community devastated by gun violence,” Biden said. “But we must do more than mourn; we must act.”

However, what he is not making clear is act on what. Rising gun violence is the scourge of a city, state and nation, but what is being done to stem it?

In 2020, the most recent year for which complete data is available, 45,222 people died from gun-related injuries in the US.

The violence was the latest in Sacramento. Last month, a father killed his three daughters, a chaperone and himself in a church during a weekly supervised visitation. David Mora, 39, was armed with a homemade semiautomatic rifle-style weapon, though he was under a restraining order that barred him from possessing a firearm. His daughters were 13, 10 and 9 years old.

A suspect arrested in connection with last weekend’s mass shooting outside bars in Sacramento served less than half his 10-year sentence because of voter-approved changes to state law that lessened the punishment for his felony convictions and provided a chance for earlier release.
Smiley Allen Martin was freed in February after serving time for punching a girlfriend, dragging her from her home by her hair and whipping her with a belt, according to court and prison records.
Those count as non-violent offences under California law, which considers only about two dozen crimes to be violent felonies – such as murder, rape, arson and kidnapping.

This appears bizarre. One is alarmed by the fact that punching a woman, dragging her by her hair and whipping her with a belt are non-violent offences. So much for categorising crimes!

Six months after he turned 18, Martin was caught in January 2013 with an assault rifle and two fully loaded 25-bullet magazines, prosecutors said. Months later, he pushed aside a Walmart clerk to steal computers worth $2,800, they said. In 2016, he was arrested as a parolee at large. And less than six months after that was the assault that sent him back to prison.

Hours before Sunday’s shootout, Martin posted a live Facebook video of himself brandishing a handgun. If there is evidence of a felon in possession of a firearm, that can be grounds for a violation, which may result in time in jail.
Unfortunately, this trigger-happy situation will quite likely continue, going by current trends. The vicious vice-like grip of the gun lobby has to be broken once and for all. Until this happens, more and more innocent people will be sacrificed at the altar of so-called personal safety and security.

The problem is that gun violence has become a hydra-headed monster. There is no solution unless the government cracks down on those promoting the use of guns – dangerous weapons that will continue to wreak havoc for perhaps months or even years.

Among the hundreds of victims added to the body count last week from our ever-growing national negligence on gun violence were two teenagers who lunged at school gunmen to save the lives of others. Ever since then, there have been near constant cries that we should be ashamed that our children are burdened 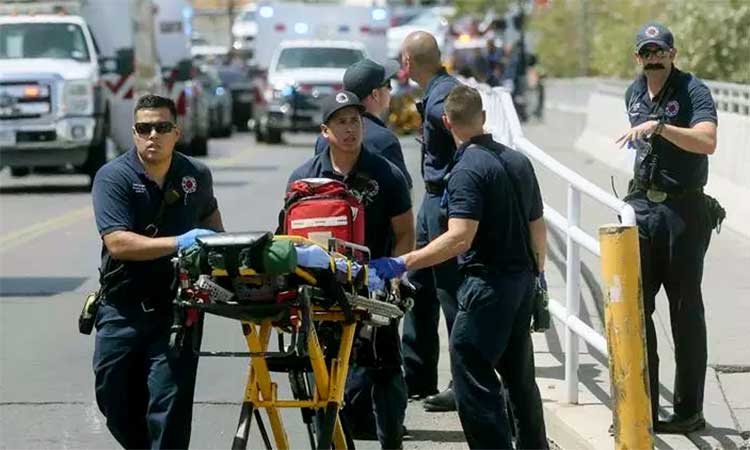