Teachers’ strike is about respect for public education - GulfToday 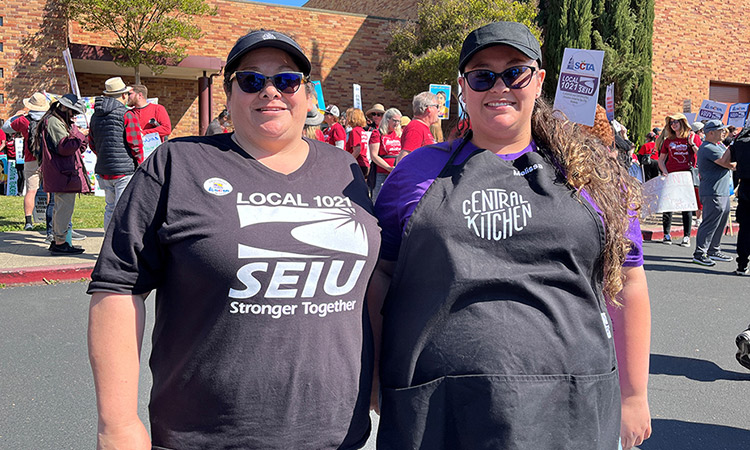 Katie Santora (left), and daughter Melissa both work in public school cafeterias in Sacramento are on strike for better staffing and higher wages, among other concerns. Tribune News Service

A few weeks ago, Sacramento teacher Kacie Go had 56 kids for second period.

That day, there were 109 students at her eighth- through 12th-grade school who were without an instructor because of staff shortages. So she crammed the students into her room and made it work, but “it’s not sustainable,” she said.

No kidding. Go told me the story standing with hundreds of other teachers and support staff Tuesday morning in the parking lot of an empty high school, as “We’re Not Gonna Take It” blared from speakers and the mostly female workers gathered for day six of a strike that has closed down schools in the Capitol City.

Like Go, these teachers, cafeteria workers, bus drivers and instructional aides are fed up with being asked to do more with less. It’s a problem that goes beyond the Sacramento City Unified School District, with 48,000 students in 81 schools. Frustration among teachers and school workers is rampant across California — pushed to a breaking point by the pandemic and a shortage of more than 11,000 credentialed teachers and thousands of support staff as the state tries to expand pre-kindergarten and bring 10,000 mental health counselors on campuses.

From school closure protests in Oakland to Sacramento’s all-in strike, those who work in our schools are telling us they cannot do this job under the conditions we are imposing. These include mediocre pay, sometimes vicious political blowback from COVID-19 safety measures, a witch-hunt-like scrutiny around hot-button topics, a mental health crisis, the reality of too few people doing the work, and the general disrespect of a society that swears it loves teachers and values education but does little to invest in it. Worrying about school shooters, once an urgent concern of educators and parents, doesn’t even make the top three problems anymore.

It’s the same story playing out in hundreds of other districts not just in California but across the country. Minneapolis teachers just ended a 14-day strike that shared some of the same issues of pay and support, underscored by the same teacher chagrin that we talk a good game about supporting public education but don’t always come through with actions. Minneapolis Federation of Teachers Chapter President Greta Callahan summed it up, sounding like she could be standing in Sacramento.

“We shouldn’t have had to (have) gone on strike to win any of these things, any of these critical supports for our students, but we did,” she said.

Go, who has been a teacher for 20 years and earned a master’s degree along the way — bringing her to the top of the district’s salary scale at just more than $100,000 a year — estimates she’s losing about $500 a day during the walkout.

But she’s more worried about support staff such as Katie Santora, a cafeteria worker who was also on the picket line.

Santora is the lead nutrition services worker at a high school, expected to churn out 1,500 meals a day between breakfast and lunch — with a staff of nine people (though they started the year with only five). Most are part-timers because the district doesn’t want to pay them benefits, and they make about minimum wage.

Santora, with 13 years at the district, makes $18.98 an hour for what is essentially a management role. She’s in charge of ordering, planning, receiving and keeping the joint running.

On the last day before the strike, that included making popcorn chicken bowls for lunch. What does that look like? Five 30-pound cases of chicken, oven-baked, 22 bags of potatoes, boiled and mashed, corn and gravy — all assembled after her staff finished making steak breakfast burritos and scrambled egg bowls. Did I mention every student is required to take a piece of fruit, which means washing somewhere along the lines of 1,700 apples?

Santora says high schoolers are the “most misunderstood” people on the planet, teetering between child and adult. Their well-being, she says, depends on being fed so “their bellies aren’t rumbling in class” and seeing a friendly face when they walk in her cafeteria. She loves delivering both.

“When they come through the line, I like to say, ‘Thank you for having lunch with me,’” she says.

But the money isn’t enough to pay her bills. Four or five nights a week, she gets about an hour at home before she heads to her second job loading grocery bags for delivery drivers at Whole Foods. She’s working two jobs just to pay for the privilege of doing the one she likes.

Go, the teacher, feels the hardships in other ways. One of her twin daughters recently had a “pretty severe concussion,” she said, but Go felt like she couldn’t stay home with her. If she did,  one of her co-workers would likely be stuck with a jampacked classroom — and all the other unofficial jobs she has to do on a daily basis, from fill-in parent to police officer to relationship advisor when her teenage students’ hormones go into overdrive. Substitutes are hard to come by, she thinks, because the pay — $224 a day — isn’t competitive compared with other jobs with less stress.

“Subs don’t have an easy life,” Go said. “Why would you want to do that when you could go to In-N-Out and worry about if it’s animal-style or not for the same amount of money?”

The unions involved in the Sacramento strike contend that there are hundreds of open positions in the district in virtually every job. Nikki Milevsky, a school psychologist and vice president of the teachers union, puts it at 250 vacancies for teachers and 400 for classified staff — in a district with 2,069 teachers and 1,656 classified staff. That classified staff and teachers walked out together shows the depth of problems in Sacramento — it’s unusual for both to strike at the same time, and it has forced schools to shut down because there was no one left but administrators to watch kids.

The teachers union says that 10,000 students lack a permanent instructor, and on some days, up to 3,000 don’t even have a substitute. About 547 kids who signed up for independent study haven’t been given a teacher yet, meaning they are learning nothing.

The district says it’s down 127 certificated staff and 293 classified positions. Take the difference as you will, but the district doesn’t dispute it’s in a staffing crisis.

Sacramento teachers want a pay raise to make the district more competitive in hiring. Right now, some surrounding districts pay more but have lesser benefit packages. (Please don’t make me tell you that healthcare is a right, not a privilege.) The teachers want the district to back off of a proposal to make current and retired teachers pay hundreds more to keep a non-HMO health plan. The district says it has made an offer of a pay increase and recruitment bonus and a one-year stipend to offset the health plan issue. 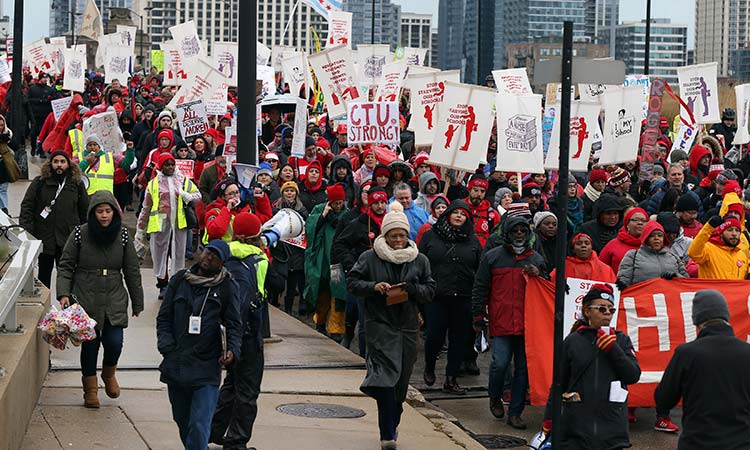 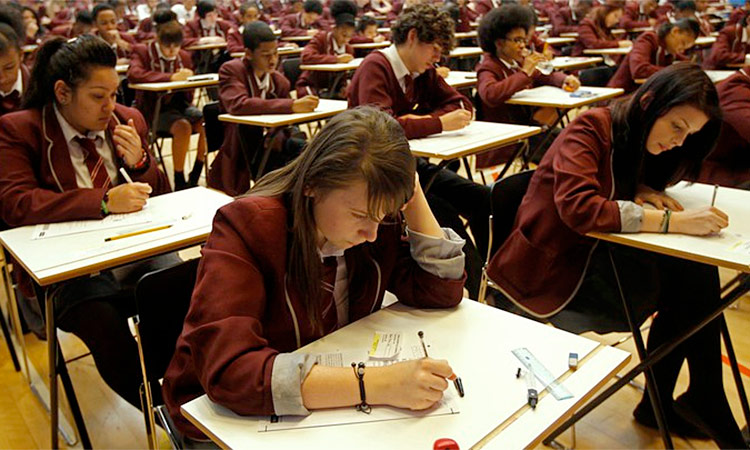 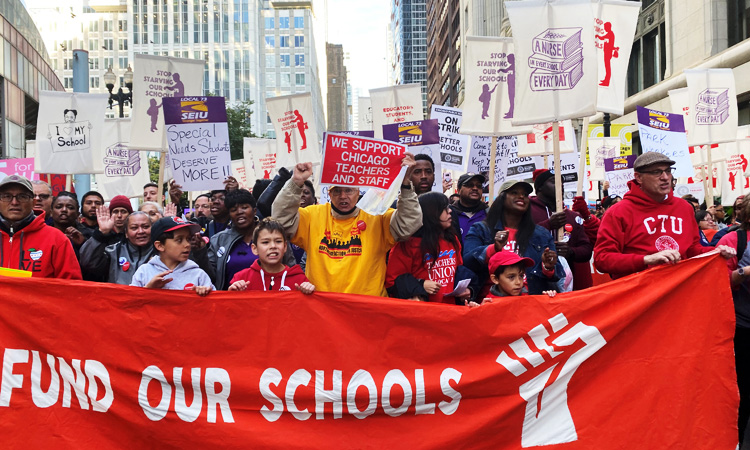 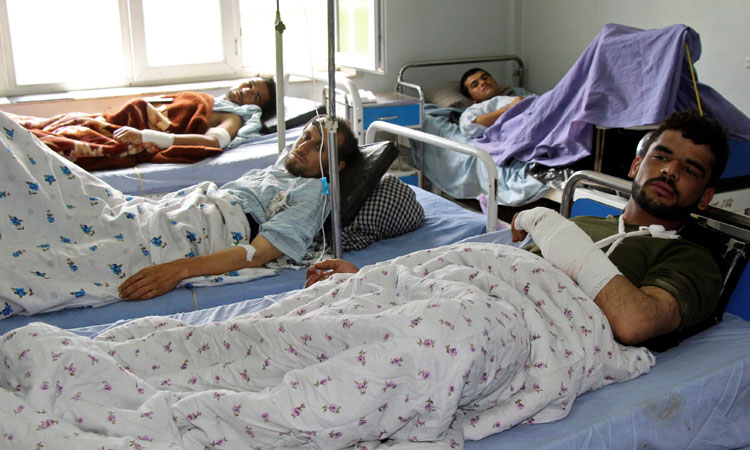