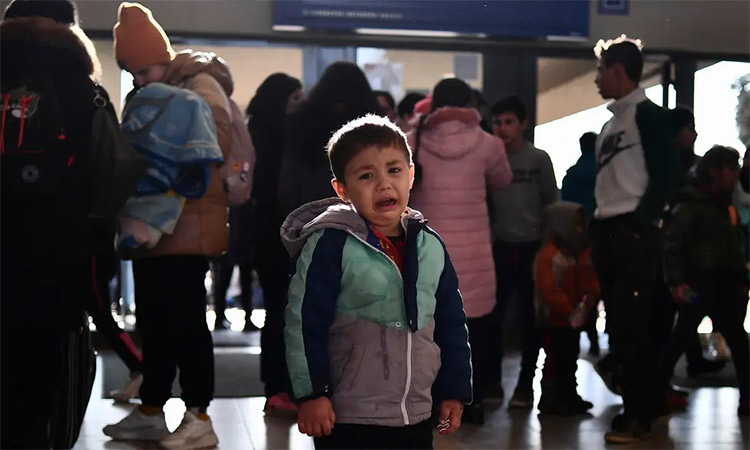 "If we think we are scared, imagine what it is like for my constituents whose families are in Ukraine." AP

I come from a welcoming place. My husband often jokes that he will be the last person left in Birmingham who does not have a claim on any kind of dual heritage, which is funny because he looks very much like he hails from warmer climes and has been mistaken for a native of most countries we have visited together.

Most people in Birmingham are like me. They are second-or third-generation Irish, Pakistani, Bangladeshi, Caribbean or Indian. My brothers have married or had kids with first-generation migrants from Serbia, France and Iran who moved to flee oppression and war, or came to the UK to work and expand their possibilities.

I grew up with many children whose families had fled Iran in the late 1970s, and many Ugandan Indians. When my babies were little, I took them to Stay and Play with the babies from Rwanda and Sierra Leone, and as they grew up, they went to school with the children of Syria.

That said, as a constituency MP I am still felled, each and every time there is a global crisis or war, by the number of emails I get overnight from my neighbours who are from these places where bombs drop and guns are drawn. Hundreds of emails came in every hour as the Taliban took over the government of Afghanistan, from British Afghans desperately frightened for their families. I knew I had a sizeable Afghan population but I was not prepared for such an influx of communications. It is by no means comparable, of course, but again this week I have begun to receive emails from British Ukrainians, desperate and frightened for their families.

Putin’s actions in Ukraine are terrifying enough to us here in the UK. The echoes of our history in European warfare ring in our ears. For those of us with power, we experience a level of sinking regret that more was not done to curb such despotic tendencies. Putin has ruled for decades. He has had a long-term strategy, while the rest of the world kept hoping he could be stopped at each dreadful infraction. This short-termism has allowed him to act with impunity.

We are not responsible for his actions. Putin alone will be drenched in the blood of both Ukrainians and Russians in his invasion of a peaceful democratic country. I will not indulge in the childish attempts by some to blame Nato’s actions for this war. I have spent my life trying to end victim-blaming, and fighting for the perpetrators of the crime to be the ones who bear the responsibility for their actions. Yes, systemic problems provide fertile ground for the perpetration of exploitation and violence, but the responsibility for such actions should never be removed from the aggressor.

Today, they are living with air-raid sirens and taking refuge in the same underground stations they used for their commute, because of the fear of missiles. One day you live in a free country, and the next day you live in a war zone. The very least the UK can do is to work with its allies to provide humanitarian assistance and support to those fleeing Ukraine.

My constituents should immediately be able to apply for visas for their families to join them here. The Labour Party has called for the Home Office to place staff in neighbouring countries to create reception centres, in order to end the bureaucracy and delay. My British Afghan constituents could teach them a thing or two about how dreadful this has been for them. I don’t want my Ukrainian constituents to have the same experience. I know only too well, from years of working with those who have been trafficked and exploited, that conflict zones and post-conflict areas are incredibly dangerous places for women and girls. We must consider this as the war unfolds, not years after the fact when we all sit in conference rooms sorrowfully listening to the brave accounts of survivors of rape as a weapon of war, or girls traded in refugee camps. We must urgently work with Nato and our European allies to get assistance and support to those seeking refuge in neighbouring countries, and ensure it is tailored to the specific needs of all of those fleeing.

The UK government should now make sure my Ukrainian constituents’ families can be with them, and it should do it as quickly as for the hundreds of super-rich Russians it gave golden visas to over the last 10 years. 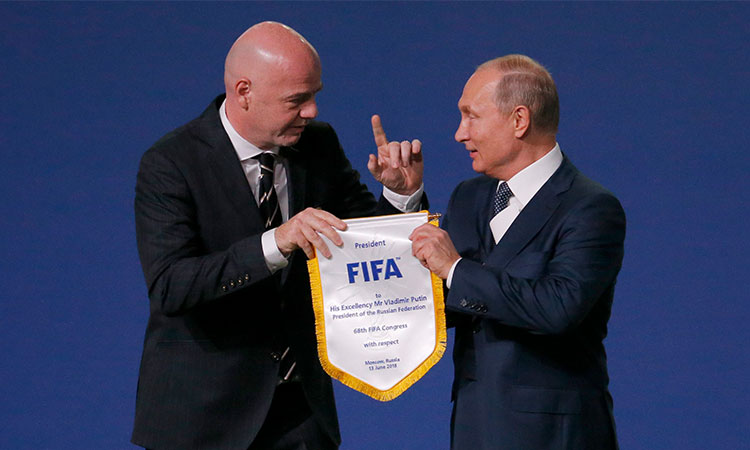