War in Ukraine has influenced course of British politics - GulfToday

War in Ukraine has influenced course of British politics 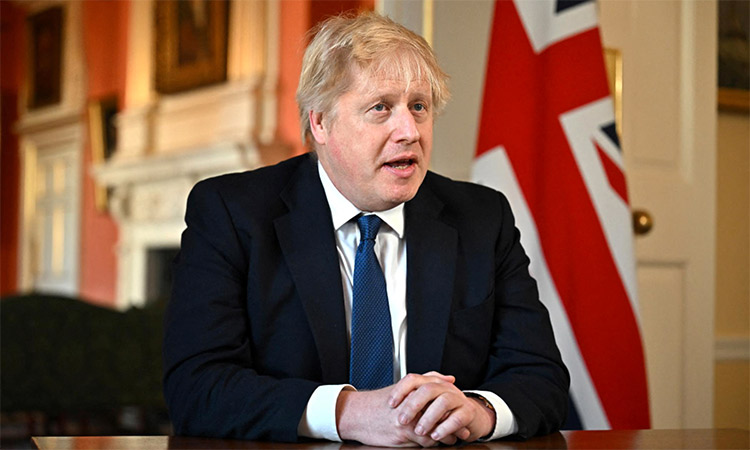 The Russian invasion of Ukraine has had unexpected effects on British politics already. It has ended all talk, for the moment, about the Conservative Party changing its leader. No one now expects Tory MPs to trigger a vote of confidence in Boris Johnson, even if the police say they think he broke the law against lockdown gatherings. It is not a trivial thing to break a law you passed yourself, which millions of people made sacrifices to obey, but it would seem trivial to contemplate changing our prime minister over “parties in the office” while war rages in Europe. The issue will not go away, because many voters feel strongly about it, but now is not the time.

I was struck by the comments of a focus group of undecided voters convened by James Johnson, Theresa May’s former pollster, for Matt Chorley’s Times Radio show this week. Most of them had gone off the prime minister, and became angry when reminded of the defence he had given for the lockdown gatherings — that they had been “work meetings”. Equally significantly, many of them were warmer about Keir Starmer than has been typical of focus groups until now — as a result of the Labour leader’s comments about Ukraine.

James Johnson warned that this group may not be representative, as it was convened just after Starmer had delivered his TV address, with two union jacks behind him, condemning the invasion and urging tougher sanctions against President Putin. It is unusual for focus-group members to remember anything the opposition leader has said, and they may have forgotten about it in a week, but on the other hand it could be evidence of a deeper shift in opinion.

Not least because another effect of the invasion is that it has further weakened the faction that only two years ago controlled the Labour Party. All 11 Labour MPs, and three Labour peers, who had signed last week’s Stop the War Coalition statement trying to blame Nato and the UK government for the crisis withdrew their names, as requested by Alan Campbell, the Labour chief whip.

Again, this may seem trivial when people are being killed in Ukraine, but it is precisely because blood is being shed that factional differences that were previously tolerable — by appeal to the idea of Labour as a broad church — have now become intolerable. Jeremy Corbyn, a founder of Stop the War and a member of the Labour Party but not of the parliamentary party, is standing his ground, refusing to take his name off the statement. There is now no chance that he will be a Labour candidate at the next election. That widens the firebreak between Corbyn’s Labour Party and the new management. This week, Starmer also scrapped the annual conference of Young Labour, the party’s youth wing, cut its funding, and took control of its Twitter account after it posted criticism of Nato “aggression”.

Starmer will always be dogged by the “Kinnock problem”, in that he once served in Corbyn’s shadow cabinet and asked the voters to make Corbyn prime minister. Indeed, Corbyn came close to becoming prime minister by accident in 2017 — it does not bear thinking about how he would have responded to Putin’s invasion if he had been in Boris Johnson’s place now. And, just as Neil Kinnock struggled to persuade the voters that he could be trusted on defence, having previously advocated Britain giving up its nuclear weapons, Starmer will have to work hard to explain that he didn’t really want to bring that nightmare scenario about.

However, if this week’s focus group is evidence that Starmer is cutting through as a leader who is strong on national security, then the Conservative Party will have to return to the question that has been postponed by the war. At some point, Tory MPs will have to decide who they want to lead them into the next election: Johnson or Rishi Sunak?

The war has changed the timetable and strengthened their opponent. It has also, as Andrew Grice pointed out yesterday, complicated Sunak’s pitch further, because if energy prices go higher still, which seems a certain outcome, the public finances are going to come under further strain. The measures the chancellor has already announced to try to soften the blow of higher energy bills are likely to be overwhelmed by events.

But I have argued, having read Sunak’s Mais lecture, which was overshadowed by the outbreak of war on Thursday, that the chancellor is the only serious alternative to the incumbent. The question for Tory MPs is still likely, after the war, to be whether Johnson can ever recover his vote-winning ways. Perhaps they should take a leaf out of Johnson’s book and each write two essays: one on why Johnson should lead them into the next election, and another on why Sunak is the better bet. Their essay deadline has probably been delayed for a year, but they cannot put it off for ever.