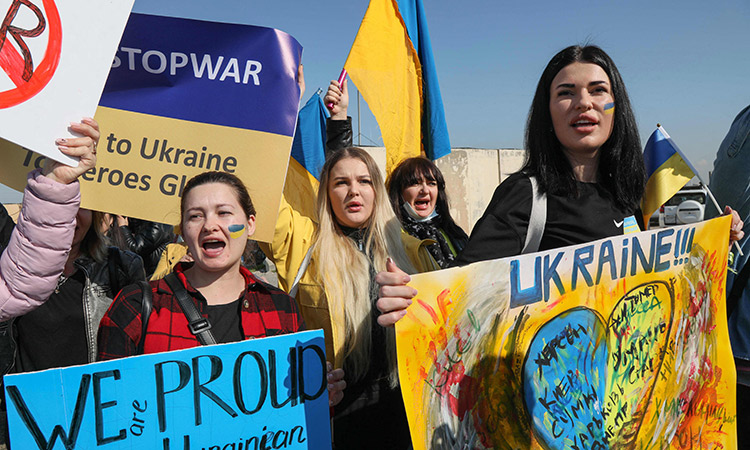 Ukrainian expats gather in front of the building housing the United Nations Assistance Mission for Iraq in Arbil, to condemn the Russian attack on Ukraine. AFP

The Russian invasion of Ukraine has morphed into a war of miscalculation and misinformation. Russian President Vladimir Putin miscalculated when he thought a massive deployment of troops on Ukraine’s frontiers would compel Kyiv to renounce any possibility of its membership in Nato which has been advancing into Russia’s neighbours since the fall of the Soviet Union in 1991. Putin regards this process as an existential threat to Russia.

For Moscow, the idea that Ukraine, a country with close ethnic, linguistic, religious, and historic ties with Russia could join Nato is anathema. In 2008, Putin told US ambassador to Russia William Burns, who is now US Central Intelligence Director, “No Russian leader could stand idly by in the face of steps toward Nato membership for Ukraine. That would be a hostile act toward Russia.”

While Nato did not offer Georgia and Ukraine a path to membership at that time, the alliance did affirm that they could join. Subsequently, four more countries — Albania, Croatia, Montenegro, and North Macedonia - were admitted, increasing Russian concerns.

Russia argues that following the fall of the Berlin Wall in 1989 and the reunification of Germany in 1990, US Secretary of State James Baker told Soviet leader Mikhail Gorbachev that “there would be no extension of Nato’s jurisdiction for forces of Nato one inch to the east.” Moscow argues that the US and Nato dismissed this commitment and expanded stage-by-stage until the alliance has reached Russia’s frontiers via Latvia, Estonia and Lithuania.

Putin has submitted to the US draft treaties which could halt further Nato expansion and limit the positioning of troops, weaponry, and military equipment which could threaten Russia on the territory of current Nato members. While Western politicians and analysts contend Russia’s demands are unacceptable, they could have been a starting point for negotiations with Putin. This did not happen and left Putin frustrated and fuming. However, as his troops gathered on Ukraine’s frontiers, he repeatedly said he did not intend to invade that country.

It is not clear if this was a ruse or, if not, when he changed his mind. Last week monitors from the Organisation of Security and Cooperation in Europe reported multiple ceasefire violations between government-controlled areas and the Donbass region where Russian-backed separatists have been fighting Ukrainian forces since 2014.

US President Joe Biden has miscalculated because he believed that Putin would bow to US and Nato pressures and threats. Furthermore, there has been a widespread media campaign to isolate and demonise him and undermine Russian confidence in him. As a longstanding veteran of the Senate and former vice president, Biden should have known Putin was not likely to capitulate and withdraw his troops without Nato concessions, particularly since he had committed 100,000-120,000 or, if media hype is to believed, 190,000.

As the US is located in an Atlantic Ocean away from the shores of Europe and even further from northern Europe, Biden has been free to do whatever he pleases and suits his purposes. He does not have to worry about his country being caught up in the fighting and can afford to adopt an aggressive line toward Russia and Putin. Biden has been backed by British Prime Minister Boris Johnson who seeks to deflect British attention from parties at his office and residence during a pandemic lockdown.

Nato Secretary General Jens Stoltenberg has been using the opportunity to make the alliance relevant. For the first time in its 73-year history it is deploying elements of its Rapid Reaction Force to Nato members.

French President Emmanuel Macron and German Chancellor Olaf Scholz considered the US/UK policy risky and tried to mediate without success. Other European countries, including Italy and Hungary, were leery of the march towards war. Ukrainian President Volodomyr Zelensky wavered, demanded money and aid from the West, but warned Biden to tone down the rhetoric.

Instead, Biden kept up the pressure. He is desperate. His approval rating stands at 37 per cent while 55 per cent disapprove of his performance, he has been unable to get his “Build Back Better” legislation through Congress, and his party faces losses in the November elections.

Since Russian troops entered Ukraine last Thursday Biden became a war president. However, he has been accused by detractors of underestimating Putin and ignoring his demands. So far, Biden has not gained politically from the Russian invasion. When appearing before the public, Biden is uptight and assertive. He does not seem to have any empathy for Ukrainians caught up in the conflict — just as he lacked empathy for Afghans whom he abandoned to the Taliban when he withdrew US troops from Afghanistan last August.

Biden has all too clearly forgotten what happened to ex-President George H.W. Bush. He waged war on Iraq in 1991 and lost the 1992 election to Bill Clinton who focused on Bush’s handling of the troubled economy. Clinton’s slogan was, “It’s the economy, stupid.”

Even if Biden gets a boost from the war, Democrats could lose seats in the November legislative election because of the economy. His COVID aid programmes have finished, he has not been able to extend them, and inflation is at its worst for decades. The war in Ukraine has already begun to fuel inflation by raising petrol prices in the US, thereby increasing the costs of transport of food, medicine, and goods.

War is never a good option. Biden’s advisers may not have considered the unintended consequences of this war and should have done their utmost to avoid it. He could very well be another one-term president like George HW Bush. To make matters worse, Biden could be transformed into a lame duck during this last two years in office and be succeeded by Donald Trump. 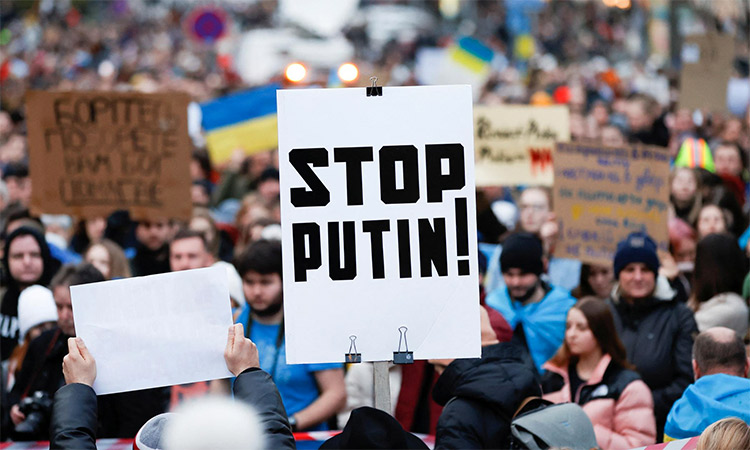 Russia invaded Ukraine on Thursday morning. Russian President Vladimir Putin announced it on television and described it as a “special military operation”. He declared the Russian military goal as that of “demilitarisation 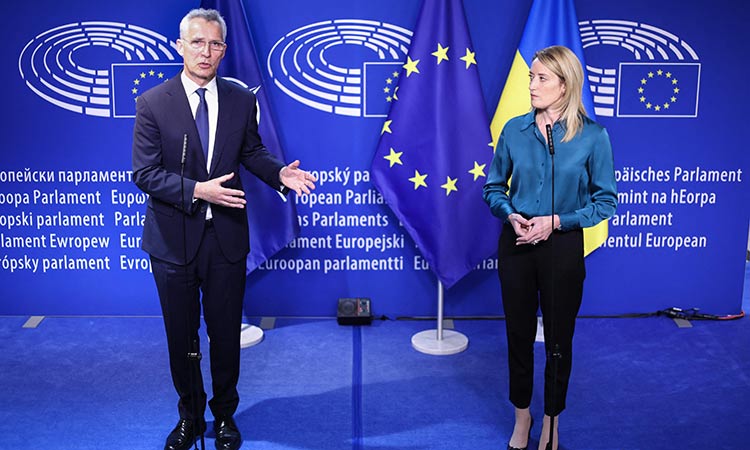 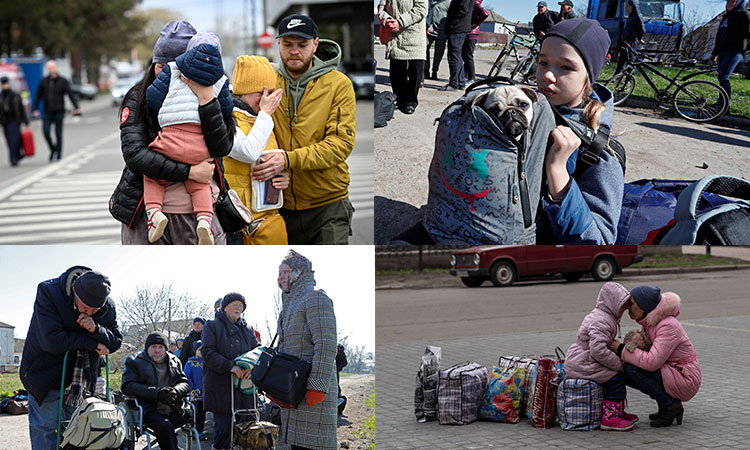 Biden’s latest proposal — which the White House said was expected to support Ukraine's needs for five months — has more than $20 billion in military assistance for Kyiv and for shoring up defences in nearby countries.