Truss approaches her job in a different style - GulfToday

Truss approaches her job in a different style 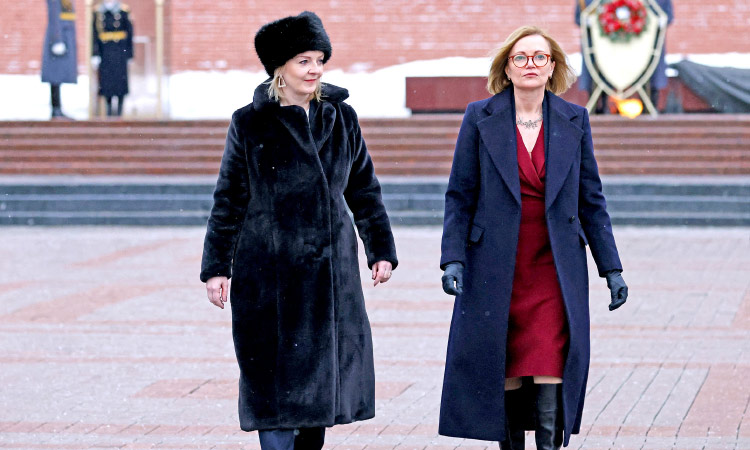 Before Liz Truss’s visit to Moscow, the question had been asked, several times, what exactly would be the point of it? The answer to that question was very quickly made clear, when a picture of the foreign secretary wearing a traditional Russian fur hat in front of St Basil’s Cathedral appeared on her Instagram page.

Of Truss’s predecessor, Dominic Raab, the standard complaint made by staff was that the full hour of “gym time” he insisted be built into his daily schedule on already rushed foreign trips often made them somewhat pointless. It has been suggested that his trips around the world sometimes involved little more than going to a hotel gym somewhere, then flying home again.

This is not the case with Truss, however, who approaches the job of foreign secretary in a very different style, which is that of a travel influencer, and in one regard, that’s just as well. They’re not cheap these foreign trips, so they might as well have some influence on someone, even if it is only the 24,200 followers the foreign secretary has managed to accumulate on Instagram.

Truss’s Instagram account has been struggling for some time now to get beyond the 25,000 follower mark which, on the Love Island index, is at least 75,000 short of what tends to be required to be the public face of a new line of car air fresheners.

At the end of their meeting, Truss and her Russian counterpart swept out to their lecterns in Moscow. (Truss emerged first, her purposeful stride captured and posted on Instagram before her full six steps to the podium had even been completed.) The Russian foreign minister, Sergei Lavrov, who’s 71 years old now, and in many ways an even grander menace than his boss, did his now-familiar and wearisome schtick.

Lavrov lies with impunity. He seeks to intimidate. He spoke of how the meeting had been “like talking to a deaf person”. A full-throated attack, but partly undermined by the meeting having gone on for well over an hour, which is somewhat longer than you’d bother with if it was as pointless as he’s pretending.

He repeated previous greatest hits, like there being “no evidence” that the Skripal or Litvinenko poisonings had been carried out by Russia. No one believes that. Not even him, when he says so. But during the long years in which he’s been coming out with this stuff, something has changed. This time, the British foreign secretary has little moral high ground to claim.

Truss, also, is a representative of a preposterous liar, her boss. And it was somewhat unfortunate timing that as she stood there, trying to find the suitable mask of disdain to wear for her vanity photographer in the crowd, in London, Sir John Major was giving a little speech of his own.

It’s not surprising that it was a ruthless and brutal attack on Boris Johnson. No one expected anything different, but it was no less diminished by expectation. It is quite something, for a former prime minister to accuse the current one, who is also Conservative, of being, among other things, “politically corrupt”.

And it was not all about the neverending Downing Street party saga either, though he didn’t pull his punches there. “Brazen excuses were dreamed up,” he said. “Day after day the public was asked to believe the unbelievable. Ministers were sent out to defend the indefensible — making themselves look gullible or foolish.”

So damaging, so corrosive, have Johnson’s long months of very obvious lies been that it is easy to forget that this was merely the latest in a long line of similar behaviour. There was the rather large incident with the Supreme Court, which completely rejected the government’s rationale for seeking to shut down parliament for five weeks at a time when it was politically convenient to do so.

Then there were the attempts to overturn the standards commissioner in order to protect a colleague, Owen Paterson. There was the ignoring of a report from a different adviser on standards, who found the home secretary to have breached the ministerial code, but Johnson decided he didn’t care.

All of these, individually Major said, may have their legitimate causes, but when taken together a clear picture emerges. It certainly does. It is the picture of a liar, a chancer, and someone straightforwardly unfit for the office he holds, as large numbers of his own party have concluded.

Johnson himself was in Nato, giving a joint press conference with its secretary general. He read out what would pass for a mildly interesting newspaper column on the subject then refused to answer questions about his own corruption. Nothing he says is worth the keystrokes these days.

As yet more coincidence would have it, while Major was saying the words — “ministers were sent out to defend the indefensible — making themselves look gullible or foolish” — the attorney general, Suella Braverman, was on her feet in the House of Commons.

Friends of Johnson are currently letting it be known that, even if he does receive a fine for breaking the law, he will still not resign, which would break every convention on which the functioning of the UK government tends to rely. This question was put directly to Braverman — if people are found to have broken the law, will there be resignations? — and she replied with: “I would say that fundamental to the rule of law is also democracy – and I’m very proud to be supporting this prime minister, a prime minister who’s honoured democracy by delivering Brexit.”

There is no alternative way of reading these words than what they mean, which is that the prime minister shouldn’t have to resign if he’s broken the law, because the people voted for him. It’s worth remembering that this deranged garbage is not the mutterings of some quarter-witted backbencher, or a man being vox popped in the street by the news channels, but the attorney general, whose constitutional role is to provide legal advice to the government.

And here she was, arguing that it’s fine for the prime minister to break the law, because that’s how democracy works. It isn’t how democracy works, of course. When Richard Nixon made this exact point to David Frost, he detonated the last unexploded remnants of his reputation.

For quite some time now, it has only been the very dimmest ministers who are willing to come to Johnson’s aid, principally because they are just about self aware enough to know that, should he resign, no other prime minister would ever have them in the cabinet. But doubly unfortunately for Johnson, they are not capable of helping. 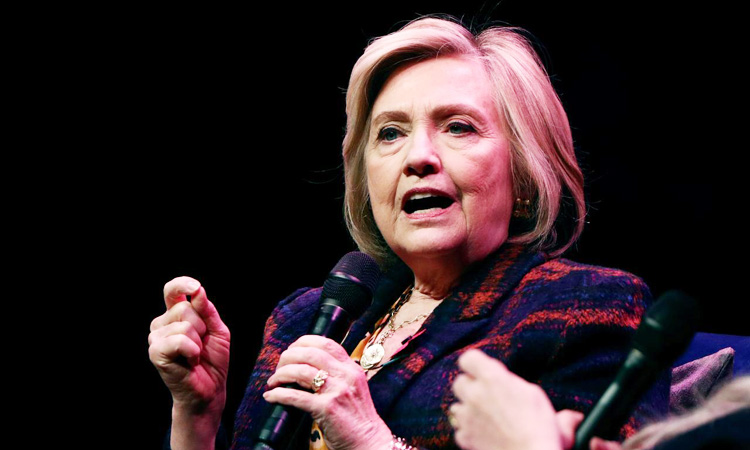 ‘Shameful’ of UK not to publish report on Russian meddling: Hillary Clinton 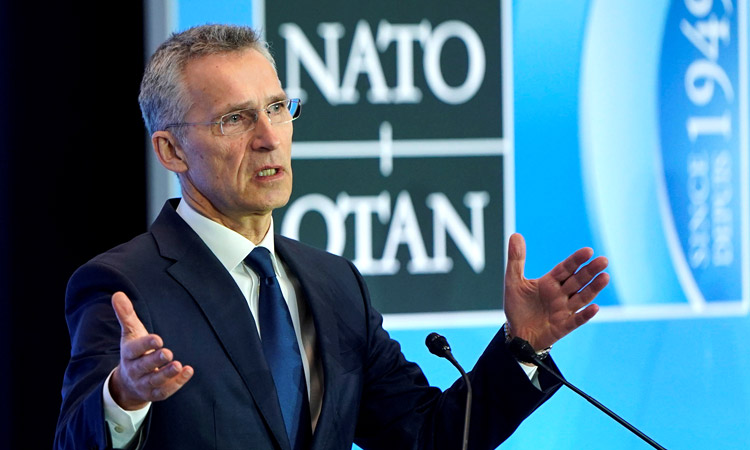 Nato summit must focus on the alliance’s future role

Next week, the Nato heads of state and government will gather in the UK for the organisation’s 70th anniversary. On past form, a festival of celebration and self-congratulation