Drought, the killer of millions in Africa - GulfToday

Drought, the killer of millions in Africa 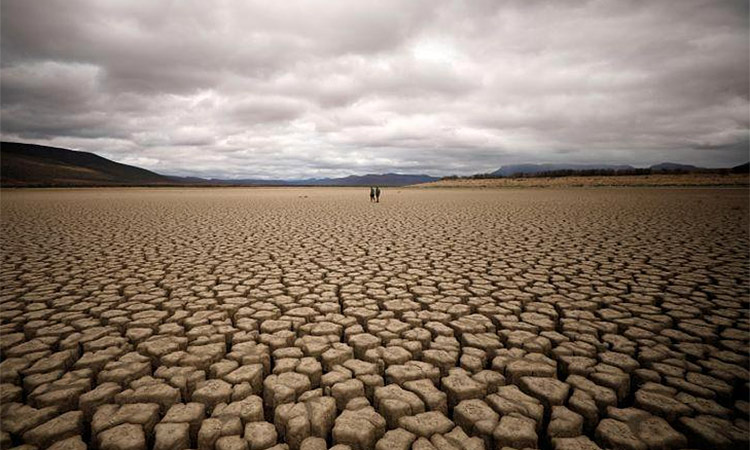 In Africa, if conflict does not kill people, nature will. An estimated 13 million people in Kenya, Somalia and Ethiopia are facing severe hunger as the Horn of Africa experiences its worst drought in decades, the United Nations said.

Three consecutive rainy seasons have failed as the region registers its driest spell in four decades, according to the UN’s World Food Programme.

The drought has destroyed crops and inflicted “abnormally” high livestock deaths, forcing rural families who rely on herding and farming to abandon their homes.

The weather phenomenon is due to climate change, but strangely and sadly, the dry menace is bearing down on a continent which contributes the least to global warming.

Water and grazing land is in short supply and forecasts of below-average rainfall in the coming months only threaten more misery.

“The situation requires immediate humanitarian action” to avoid a repeat of a crisis like that of Somalia in 2011, when 250,000 died of hunger during a prolonged drought.

A little over 10 years ago, failed rains led to the driest year since 1951 in arid regions of Kenya, Somalia, Ethiopia, Djibouti and Uganda.

In northeastern Kenya for instance, dead livestock lie by the roadside, but not because of being hit by passing traffic. They have died because of thirst and starvation.

The United Nations Economic Commission on Africa, or ECA, noted in March last year that about 9 in 10 of the world’s extremely poor people live in Africa. The ECA now warns that the economic effects already felt since the pandemic began in 2020 “will push an additional 5 to 29 million below the extreme poverty line.”

“If the impact of the pandemic is not limited by 2021, an additional 59 million people could suffer the same fate, which would bring the total number of extremely poor Africans to 514 million people,” the agency says.

Another peculiar development is the spiral in coronavirus infections in Africa, which had been one of the least affected continents where the spread of the pandemic is concerned.

Worry is now intensifying amid a spike in COVID infections in Africa, which currently accounts for about 9 million of the world’s roughly 275 million cases.

In mid-December the number of new cases was “currently doubling every five days, the fastest rate this year” as the Delta and Omicron variants pushed up infections. Food aid is being distributed across an arid swathe of Kenya, Ethiopia and Somalia where malnutrition rates are high.

The UN children’s agency meanwhile assesses that as many as 20 million people in those three countries, plus Eritrea, will need water and food assistance over the next six months. Nearly 5.5 million children in the four countries are threatened by acute malnutrition, while 1.4 million risked falling into severe acute malnutrition, which can lead to death.

In Somalia, the number of people classified as seriously hungry is expected to rise from 3.5 million to 4.6 million by May unless urgent intervention is taken. Another 2.8 million people need assistance in southeastern and northern Kenya, where a drought emergency was declared in September. WFP said $327 million was required to respond to immediate needs over the next six months and support pastoral communities to become more resilient against recurring climate shocks.

Unicef meanwhile is appealing for $123 million to cover life-saving needs in Ethiopia, Eritrea, Somalia and Kenya through to the end of June.