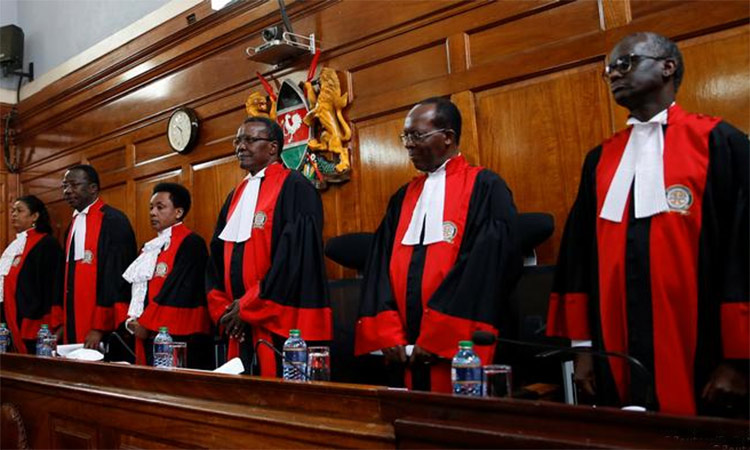 A soccer star shot dead. Parliament gutted by fire. People trampled to death in riots. Even with the most spectacular crimes, South Africa’s criminal justice system can’t seem to keep up.

For months, the nation has engaged in a lengthy bout of public soul-searching over its failure to hold wrongdoers to account. Already weary from its globally high crime rate, South Africans watched their parliament burn on January 2 — as anti-apartheid icon Desmond Tutu was interred at a cathedral a few blocks away.

A man was quickly arrested, after he simply walked through security, undetected by video surveillance for hours.

But questions immediately arose about whether he acted on his own, and how such a dramatic lapse in security could happen in the first place.

At the highest levels, the justice system operates with a fierce independence and a strong check on executive power.

The Constitutional Court ordered former president Jacob Zuma to prison in July for refusing to testify to anti-corruption investigators — and he went. But the ensuing riots instigated by his supporters cast a harsh light on the weaknesses of the criminal justice system on the streets.

Police intelligence failed to predict or stem the riots, which left more than 300 dead. Some were trampled to death at neighbourhood grocery stores when the riots descended into widespread looting.

Since then, the police’s priority crimes unit says only eight people have appeared in court over the worst unrest of the democratic era.

“People think they can get away with it,” a police source said. “They think the police is unable to investigate their cases and bring them to justice.”

Ahead of the 2010 World Cup, South Africa made big investments in policing, and crime rates broadly fell, according to the Institute for Security Studies (ISS).

“There has been a huge deterioration in the performance of the criminal justice system from 2009, when Jacob Zuma became president,” said ISS expert Gareth Newham.

After nearly two decades of sustained decreases in violent crimes, the number of murders rose 37 percent from 2012 to 2020, he said.

During that period, the budget for policing rose by 65 per cent. Much of that additional spending simply covered pay rises for police.

The number of actual police personnel fell by six percent. Police reservists, who could be called in for events like the riots, plunged by 77 per cent, Newham said.

A report released this month into corruption by Zuma, the product of three years of investigations, detailed how those appointments and other moves undermined the entire criminal justice system.

The extent of corruption was so vast that South Africans call it “state capture” — to describe how the bribery and corruption dominated government operations.

“Between 2009 and 2018, if you were in an organised criminal group that was involved in state capture, there was a feeling that you would get away with it,” said Guy Lamb, a political scientist at the University of Stellenbosch.

That period included jaw-dropping cases like the murder of Senzo Meyiwa, the captain of the national football team who was gunned down at his girlfriend’s home in 2014.

At the time, police said it was a robbery gone wrong. Authorities now say it was a contract killing.

The alleged hitman was convicted on Tuesday for other murders dating to 2015. He’s still awaiting trial for Meyiwa’s death.

Delays in prosecuting organised crime, whether high-level corruption or mafia-style killings, stem from understaffing of law enforcement across the board, Lamb said.

Prosecutors are negotiating for increased staff and budgets, but government coffers are thin after years of economic troubles dating to even before the pandemic.

“The point is, going forward, it’s about the police needing to work with communities to find ways to prevent crime and violence,” he said.