Coup in Burkina Faso tells a tale of turmoil - GulfToday 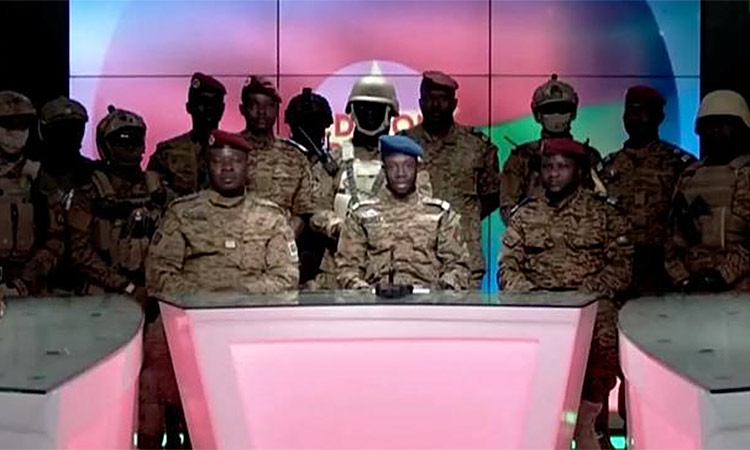 Captain Sidsore Kader Ouedraogo, spokesman for the Patriotic Movement for Safeguarding and Restoration, announces that the army has taken control of the country in Ouagadougou, Burkina Faso. Reuters

The distinct aspect of the coup in Burkina Faso, where the army has taken over the government and President Roch Kabore, who was elected in 2015, and the constitution was suspended, was that the people have welcomed it. In the last few months, the political drama in Sudan showed that the people were resisting and opposing the military takeover. In Ouagadougou, capital of Burkina Faso, people felt that army was the answer to their woes, and they found the democratically elected government.

There is the perception that the government failed to control the religious extremist groups, apart from the deteriorating economic situation. The United States, the United Nations, and the Economic Community of West African States (ECOWAS) condemned the coup. Reuters quoted Armel Ouedraogo, who was in the crowd celebrating the coup, saying, “ECOWAS doesn’t care about us, and the international community only wants to condemn. This is what we want.”

Russian flags were seen fluttering in the crowd, and the people seem to feel that that they would want to take the help of the Russians to fight the religious extremists, and that they want France to leave. It has been the case for more than a century now that the outside powers have always played a role in the politics in Africa and in the countries themselves.

Armel Kabore, another person in the crowd, expressed the view clearly: “Today the Burkanabe people are asking for Russia’s support to accompany them in this fierce struggle that has been imposed on us.” Russian military trainers are already present in neighbouring Male, which is going through political turmoil as well. And France is withdrawing from the region after nine years. Russia is taking the place of France, and it is a development that the United States and other western countries are worried about.

The leaders of the coup call themselves the Patriotic Movement for Safeguard and Restoration (MPSR) and they are led by Lieutenant Colonel Paul Henri Sandaogo Damiba. And as in the case of all military takeovers, there is the promise to restore democracy and a return to democracy “within a reasonable time frame.”

But the crux of the political development is that the armed forces in Male too used the pretext of religious extremists’ attacks to take over the government there in August 2020. And there are similar rumblings in Niger as well. In Burkina Faso, 61.6 per cent of the people are Muslim, 23.2 per cent Roman Catholic, 6.7 per cent Protestant, 7.3 per cent traditional and animist faiths. The country is a mix of many tribes and languages. French is the official language. It makes the political mix quite volatile, and the deposed president Kabore is blamed for having failed to unite the country despite the promise that he would do so.

It is not clear how serious is the threat posed by extremists in this part of west Africa, but western experts are of the view that there is the danger of the extremists disturbing the whole region. It usually serves as a pretext for the Western countries to intervene, sell arms to rival groups. As many of the countries in this region, including Burkina Faso, were French colonies, these countries look to France for economic aid.

But political instability has become a permanent feature, poverty, accompanied by poverty and underdevelopment. It is easier for soldiers and insurgents on all sides to stake claim to power and influence. The people face threats to their lives and livelihoods from all those who wield guns and power. A regional formation like ECOWAS should have helped in stabilising the region, but people, especially in Burkina Faso, do not have any faith in it. 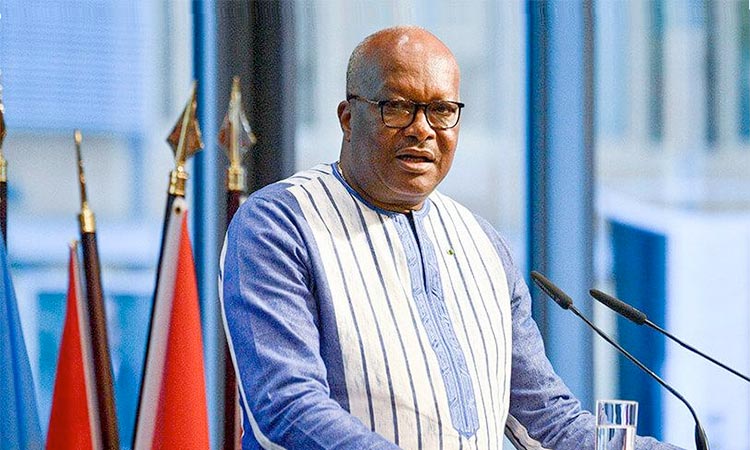 The government had denied rumours on Sunday that a coup was under way as sustained gunfire rang out for hours from several military camps, with mutinying soldiers demanding more support for their fight against Islamist militants.