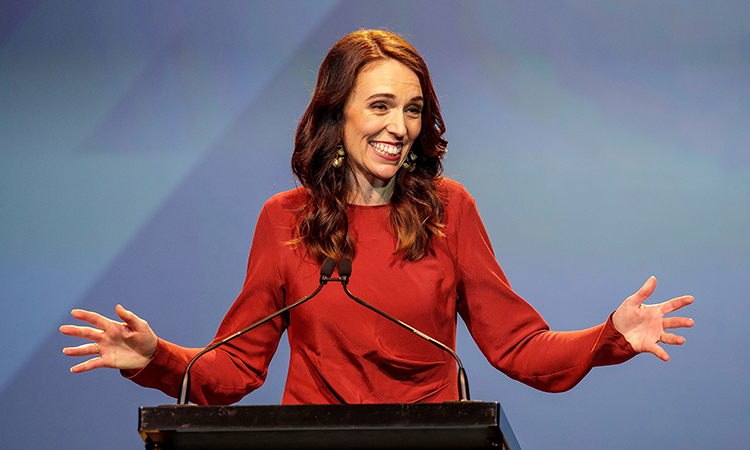 New Zealand Prime Minister Jacinda Ardern has an altogether different kind of nature. She puts nation before self or any kind of self-interest. This is evident from the fact that she was forced to call off her own wedding on Sunday as she tightened COVID-19 restrictions in the face of an outbreak of the Omicron variant.

“My wedding will not be going ahead,” she confirmed after detailing new restrictions; including a limit of 100 fully vaccinated people at events.

“I just joined many other New Zealanders who have had an experience like that as a result of the pandemic, and to anyone who is caught up in that scenario I am so sorry.”

Ardern and long-time partner Clarke Gayford have never announced their wedding date, but it was believed to be scheduled for some time in the next few weeks.

“Such is life,” Ardern said when asked how she felt about setting regulations which ended her planned nuptials.

“I’m no different to thousands of other New Zealanders who have had much more devastating impacts felt by the pandemic.”

The fact remains that she is different to a lot of other politicians, possessing a rare temperament few leaders have. Her handling of the coronavirus in her country has earned her a lot of praise. Which is why she was re-elected Prime Minister of the nation.

This is quite unlike her counterpart elsewhere, who was taking part in parties, organised by his staff when the rest of the nation was reeling under the virus.

This was the very same lady who announced a nationwide lockdown after just one case of COVID-19 was discovered in the biggest city of Auckland – in August last year.

The emergence of nine cases of Omicron in a family who travelled between cities to attend a wedding, and the infection of a flight attendant on one aircraft they flew on, forced New Zealand to impose its “red setting” restrictions from midnight on Sunday.

“While there was no playbook for COVID-19, we went hard and early and committed to a strategy of elimination which has meant that when we’ve had new cases, we’ve circled and stamped them out and opened up our economy faster than others,” Ardern told a campaign rally in the capital Wellington.

“I will always maintain that it has been and will continue to be the right thing to do.

The new restrictions are set to remain in place until at least the end of next month.

Ardern revved up her leadership credentials on the back of her successful response to the coronavirus pandemic at a campaign rally six days ahead of the country’s election on Oct. 17 last year.

At 40, Ardern became the world’s youngest female leader in 2017 and has immense appeal following her tackling of the pandemic and last year’s shooting by a white supremacist at two mosques in New Zealand’s worst mass murder.

About 94 per cent of New Zealand’s population over the age of 12 is fully vaccinated and about 56 per cent of those eligible have had booster shots.

But she also said that New Zealand would not impose the lockdowns that it has used previously, including for the Delta variant.

“This stage of the pandemic is different to what we have dealt with before. Omicron is more transmissible,” Ardern said. “That is going to make it harder to keep it out, but it will also make it more challenging to control once it arrives. But just like before, when COVID changes, we change.”

Ardern said that within 24 to 48 hours of Omicron being detected in the community, the nation would move into its “red” setting. That would allow businesses to remain open and domestic travel to continue, but would require schoolchildren to wear masks and limit crowds to 100 people.

Currently most of New Zealand is at the “orange” setting, which requires some mask wearing and proof of vaccination but doesn’t limit crowd sizes.

Omicron on a relentless rampage

This is the third year that we have been living with the virus, which is showing no signs of relenting. Instead of showing a letup, it is only spiralling. The intensity seems to be getting sharper. One has to be resigned to live with it. The indications are very distressing.