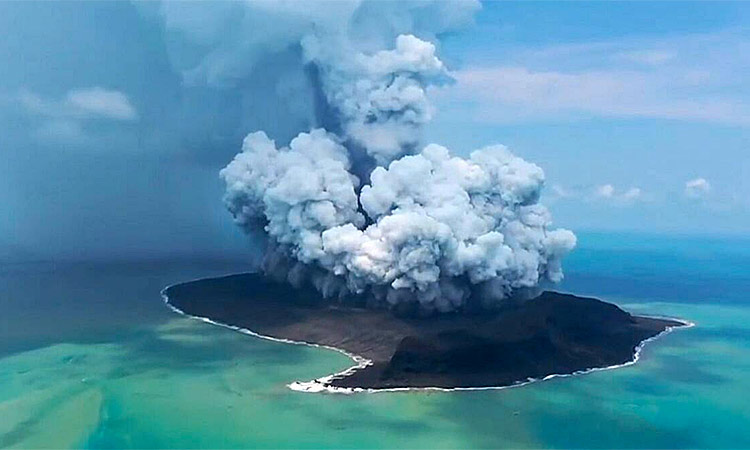 The Hunga-Tonga-Hunga-Ha’apai volcano spewes dust and smoke in this aerial photo. (Twitter)

To many of us living in the UAE, Tonga may be hundreds of miles away in the Pacific Ocean, an insignificant part of our lives for its utter remoteness. But a natural disaster, and not an ordinary one, can change things, even attitudes. The world is small, and it has become smaller thanks to the internet and social media and now climate change.

Particles emitted by the huge eruption of the Hunga-Tonga-Hunga-Ha’apai volcano – a “once-in-a-millennium” event – darkened the sky and contaminated the water supply. A tsunami followed the eruption. The eruption of ash from an underwater volcano has made parts of Tonga esemble “a moonscape”, residents of the Pacific island have said.

Two people drowned off a beach in northern Peru due to high waves caused by the tsunami.

The volcano, which last erupted in 2014, had been puffing away for about a month before rising magma, superheated to around 1,000 degrees Celsius, met with 20-degree seawater, causing an instantaneous and massive explosion. The eruption cut off internet connections and initially even phone lines for the entire island.

Fresh water is now vital on the island, New Zealand  prime minister Jacinda Ardern said, as authorities told the 105,000 residents to only drink bottled water and to wear masks.

New Zealand has sent a plane to Tonga to assess the scale of the damage after satellite images captured the explosion sending plumes of smoke and volcanic ash into the air about 19km (12 miles) above sea level.

Tonga’s deputy head of mission in Australia, Curtis Tu’ihalangingie, asked for patience as Tonga’s government decides its priorities for aid.

There are no virus cases on the island, but the risk of aid deliveries spreading COVID-19 to the island remains.

It is a Catch-22 situation. Aid is needed badly for the country, but if the relief workers get in, chances of a virus spreading are high. Not letting them, though, could be as bad, making things equally precarious.

Any aid sent to Tonga would need to be quarantined, and it was likely no foreign personnel would be allowed to disembark from the relief aircraft. Australia and New Zealand were assisting with satellite calls.

A sonic boom could be heard as far away as Alaska and sent pressure shockwaves around the planet twice, altering atmospheric pressure that may have briefly helped clear out the fog in Seattle, according to the National Weather Service. Large waves were detected as far away as the Caribbean due to pressure changes generated by the eruption.

Hunga-Tonga-Hunga-Ha’apai has erupted regularly over the past few decades but the impact of Saturday’s eruption was felt as far away as Fiji, New Zealand, the United States and Japan. More than a day after the eruption, countries thousands of kilometres to the west have volcanic ash clouds over them, New Zealand forecaster WeatherWatch said.

Ten boats were capsized in Kochi prefecture on Shikoku island in southern Japan, and Japan Airlines cancelled 27 flights at airports across the country.  The eruption was the biggest blast since Mount Pinatubo in the Philippines 30 years ago, New Zealand-based volcanologist Shane Cronin told Radio New Zealand.

The world should lend a helping hand to the distressed in Tonga. Connecting to relief amid catastrophe is key. 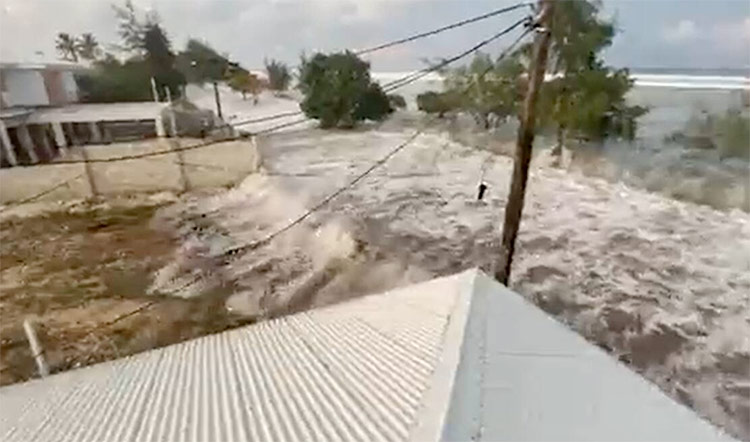 The latest eruption of the Hunga Tonga-Hunga Ha'apai volcano came just a few hours after Friday's tsunami warning was lifted. It lasted at least eight minutes and sent plumes of gas, ash and smoke several kilometres into the air 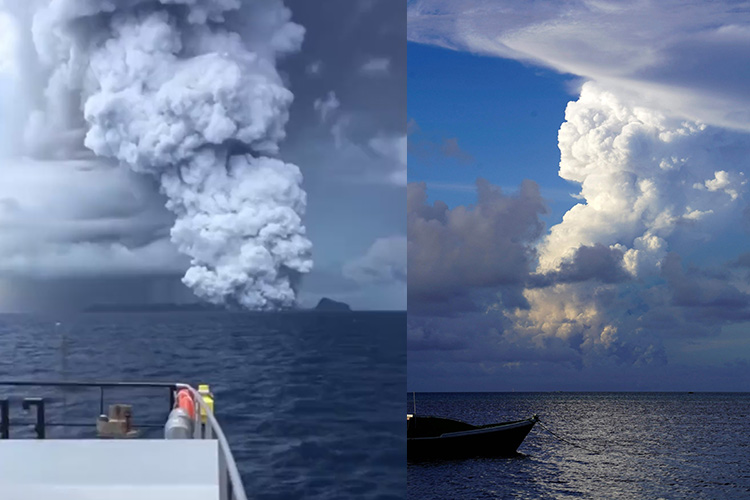 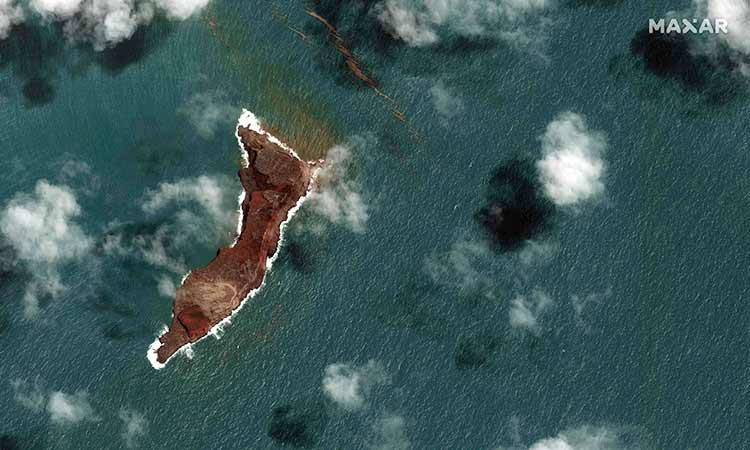