Single-payer healthcare is right system but a big challenge - GulfToday

Single-payer healthcare is right system but a big challenge 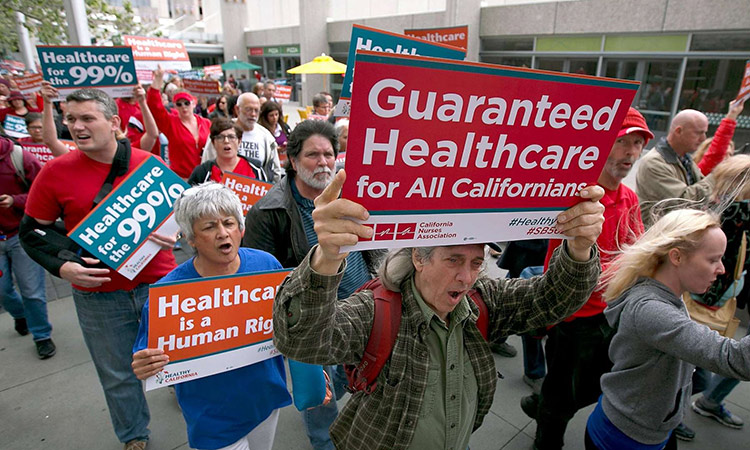 Supporters of single-payer healthcare march to the Capitol in Sacramento, California. File/Associated Press

California, which has shown the determination to go it alone in areas such as environmental protection, scientific research and workers’ rights when its values conflict with policies at the federal level, is moving forward with its most audacious effort yet.

Called CalCare, the programme would take over health coverage for more than 40 million residents from government policies such as Medicare and Medicaid and from private plans whether sponsored by employers or purchased through the Affordable Care Act marketplace.

This would mean placing $400 billion in annual expenditures in the hands of a state governing board. Say goodbye to the dead hand of private health insurers, to navigating in-network and out-of-network charges, to deductibles and co-pays, to substandard dental, vision and hearing services. Every resident of the state, regardless of where they get their coverage now, would be eligible for the new system.

At least, that’s the promise. Whether the Legislature will be able to bring this idea to fruition is anyone’s guess.

Under its rules, the measure embodying the programme, AB 1400, must be sent by Jan. 31 from the Assembly to the Senate, where it is likely to be masticated into the summer. The proposal, like its several predecessors introduced in recent years, is sponsored by the California Nurses Assn.

Not a few Assembly members have already expressed skepticism, but it’s a bit early to pull the plug. I agree with my colleague George Skelton that this is “a debate worth having.”

But it’s not a debate coming out of the blue. Indeed, it is sure to have a heavy component of déja vu. California has tried to enact a universal single-payer program many times in the past. Each time, it foundered over concerns about its cost and opposition from politically potent interests such as the commercial insurance industry and the California Medical Association.

In 2018, for instance, a proposal almost identical to AB 1400 was torpedoed by Assembly Speaker Anthony Rendon (D-Lakewood). The uproar his action generated, however, forced him to establish a legislative committee to examine how achieve universal health coverage in the state.

The 2018 proposal, like the new version, would have taken over responsibility for almost all medical spending in the state while relieving employers, their workers and buyers in the individual market of premiums and out-of-pocket expenses.

In both versions, California residents would be eligible to obtain treatment from any licensed doctor in the state. Insurance companies would be barred from replicating any services offered by the program.

Many of the details of the system would be subject to further discussion in the Legislature and ultimately subject to policies set by a nine-member governing board appointed by the governor and Legislature.

It has always been clear that a single-payer programme would help to relieve some of glaring deficiencies of the US health care system. It would relieve doctors and hospitals of the need to employ brigades of billing clerks to chase down reimbursements from insurers.

It would give the single payer the leverage to control prices through negotiation and provide consistent standards governing the suitability of treatments. It would relieve consumers of the perplexity involved in selecting an insurance plan that doesn’t exclude the doctors they need to manage their conditions.

A couple of things have changed since 2018 that give the single-payer plan additional luster. For one thing, California casts an even bigger fiscal footprint. Then, the state had a population of 39 million; now it tops 40 million. Then, the state’s gross domestic product was about $2.6 trillion; today it’s more than $3 trillion.

Another factor is COVID-19. As UC San Francisco associate professor of medicine Rupa Marya observed in a recent op-ed in The Times, “the pandemic provides a powerful case study on the need” for a universal system. Most private insurers are no longer waiving cost-sharing for COVID treatment, “leaving even insured and vaccinated patients with potentially astronomical bills,” she warned.

“Without coverage like CalCare, this will be a recipe for the virus to go untreated or for patients to face financial ruin,” Marya wrote.

The big numbers being thrown around by critics to scare people about the cost of a California single-payer plan are misleading. That’s because they tell only part of the story, like eavesdropping on only one end of a telephone call. The GOP’s legislative caucus says a single-payer system in California would cost $400 billion and require $163 billion annually in new taxes.

The new taxes don’t necessarily represent new spending, however. They would substitute for spending that California’s government, residents and employers spend now. The fundamental question is how thoroughly the substitution would cover existing costs.

The answer depends on several factors. One is how successful California’s new system would be at reducing costs. The proposal’s sponsors say that the state is uniquely well-positioned to extract the billions in savings by negotiating with drug companies, hospitals and physician groups.

That’s plausible. Through a universal single-payer program, California would present providers with a massive ready-made market — fully 10% of the entire United States.

You want to play in this market, you’ll have to come to the table; the only question is how adept the state’s negotiators might be at extracting the maximum discounts. Tying provider reimbursements to Medicare rates, as is proposed in AB 1400, would produce cost reductions of as much as 40% compared with reimbursements paid by private insurers.

“We can’t have that cost containment ability without having the massive bargaining power of every single Californian,” says Carmen Comsti, lead regulatory policy specialist for the California Nurses Association. “It’s as if we’re asking the CalCare system to be our collective bargaining representative with hospitals and doctors.”

The nurses association says the system would cost less overall than is currently spent on health care in the state. “We would get more, cover everyone and pay less,” Comsti said in testimony Jan. 11 to the Assembly Health Committee.

The nurses association and Assemblyman Ash Kalra (D-San Jose), who is carrying the legislation in the lower chamber, have tried to finesse the cost issue this year by bifurcating the single-payer proposal into an authorizing measure, AB 1400, and a separate constitutional amendment, ACA 11, providing for the system’s financing.

Their goal is to pass the first to establish the principle in state law and put off the second until after the state secures all the federal waivers necessary for its takeover of federal programs such as Medicare and Medicaid, which is known in the California as Medi-Cal.

As currently drafted, the financing amendment calls for financing the programme through a business tax of 2.3% of gross receipts over $2 million a year; a payroll tax of at least 1% on wages above $49,900 per employee; and an income tax increase starting at 0.5% of income over $149,509 and up to 2.5% on income over $2.48 million. 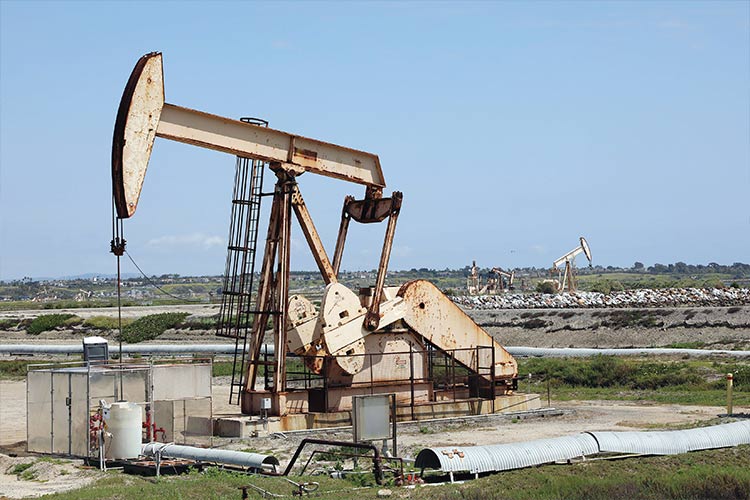