The resignations also signal the collapse of BJP’s social engineering experiment in the Hindi heartland state which is the country’s largest.

After Narendra Modi led it to a sensational victory in the 2014 Lok Sabha elections, the Bharatiya Janata Party grew rapidly in several states by organising defections from the Congress and other opposition parties. Last week it had a taste of its own medicine in the key state of Uttar Pradesh, where Assembly elections are on.

On three successive days three ministers resigned from the Ministry, headed by Yogi Adityanath, alleging the government had done nothing for Dalits, other backward classes (OBC) and other groups like farmers and small traders.

More than a dozen MLAs also quit the party with them.

The first minister to resign was Swami Prasad Maurya, an OBC leader whom the BJP had weaned away from former Chief Minister Mayawati’s Bahujan Samaj Party before the last Assembly elections. He had earlier served as a minister in the BSP governments.

Three MLAs also quit the party with him.

Maurya’s defection shocked the BJP. Its immediate reaction was a feeble public appeal to him to return.

In the next two days two more ministers and more MLAs resigned.

All the ministers and most of the MLAs who quit the BJP immediately joined former Chief Minister Akhilesh Yadav’s Samajwadi Party, which is the state’s main opposition party.

The resignations of the ministers call into question the leadership of Chief Minister Adityanath, who combines in himself the roles of priest and politician and is seen as a possible successor to Modi.

The resignations also signal the collapse of BJP’s social engineering experiment in the Hindi heartland state which is the country’s largest.

In recent years, the BSP, which draws support mainly from Dalits, and the SP, which draws support mainly from OBCs, had emerged as the main contenders for power in UP. Modi and his chief lieutenant, Home Minister Amit Shah, reckoned that BSP is dominated by Mayawati’s sub-caste and SP by the Yadav community. Ahead of the 2017 poll they organised defection of leaders belonging to other Dalit and OBC groups to the BJP from these parties to enhance its appeal to these groups.

This, along with the new vigour provided by the party’s climb to power at the Centre, helped the BJP to regain primacy in UP after a 15-year gap.

The OBC leaders who have quit the BJP now are those who had played a part in its impressive 2017 victory.

The MLAs who left the ruling dispensation with the ministers included Amar Singh Chaudhary, a backward class leader belonging to Apna Dal (S), a BJP ally.

Akhilesh Yadav welcomed all defectors to the Samajwadi Party.

The massive defections from the BJP have set the stage for consolidation of Dalit, OBC and minority voters behind the SP.  This will hurt not only the BJP but also the BSP, which has been on the decline for a decade.

It is not clear what cards Modi and Shah have up their sleeves to defeat the OBC challenge. Some BJP leaders have indicated that the party will nominate a large number Dalit and OBC candidates in this election too.

The BJP can draw comfort from the fact that the opposition parties have not been able to put together a grand coalition against it in the state.

Mayawati had ruled out the BSP and the SP joining hands this time as the experience of their earlier alliance was not encouraging.

Akhilesh Yadav was not averse to a tie-up with the Congress. However, that party’s plan to make a bold bid to recapture its past glory made it impossible to hold negotiations on a realistic basis.

The party does not seem to realise that it is playing spoilsport.

Akhilesh Yadav has entered into electoral pacts with a couple of small parties with pockets of influence in the state.

Polling in the Assembly elections is scheduled to be held in seven phases spread over a month from February 10.

A clear picture of the line-up of parties across the state is still not available. All that can be said with certainty at this stage is that there is a hard fight ahead. 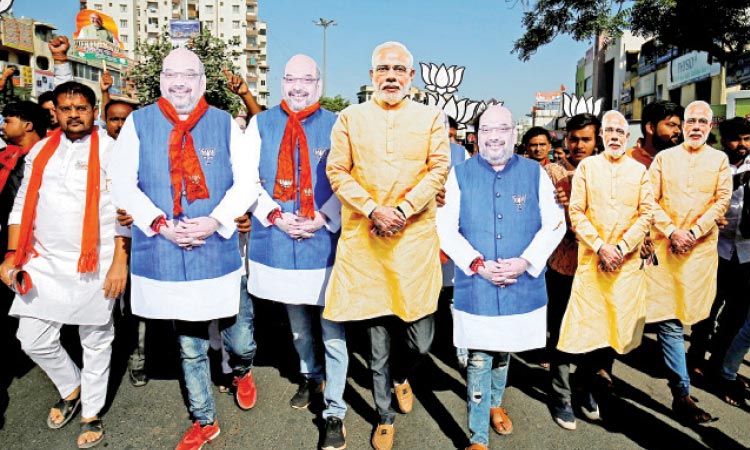 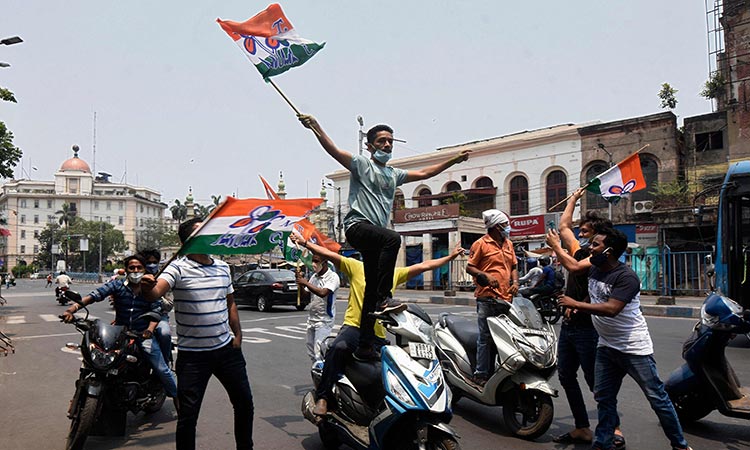 Prime Minister Narendra Modi’s Bharatiya Janata Party has established a psychological advantage for itself in the bid for a hat-trick in the 2024 Lok Sabha elections by its good performance in the recent Assembly elections in five states. The party was

Gujarat is considered not only as BJP’s stronghold but also its laboratory. It also holds importance for the party as it is the home state of Prime Minister Narendra Modi and Home Minister Amit Shah. Although the party has not lost a single