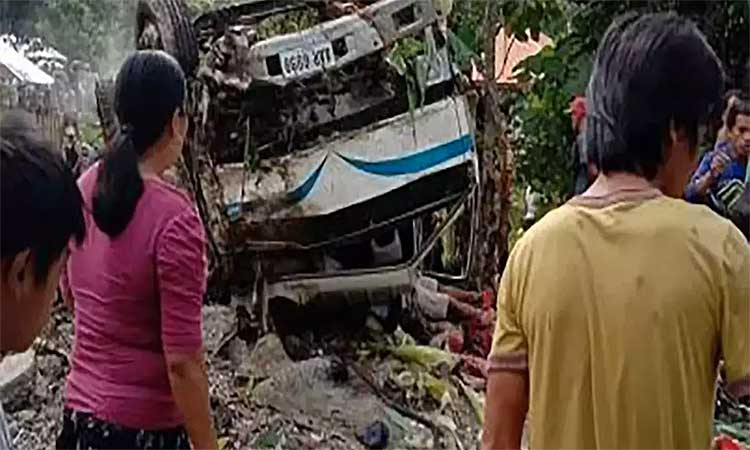 People gather around the ill-fated truck as rescue efforts get under way. (Twitter)

The news of partygoers who lost their lives in a road accident in the southern Philippines is so painful (“11 killed, including children, in Philippine truck crash,” Jan. 13, Gulf Today website).

At least 11 people were killed after a small truck packed with partygoers, including children, overturned in the southern Philippines, police said Thursday. According to the details, the group of travellers were on their way to a beachside resort on Mindanao Island when the truck driver lost control after the brakes apparently failed on a downhill section of road. Around 50 people were crammed into the truck, most of them in the open tray, when it veered off the road and into a tree. There is no doubt that the incident is so painful in which many innocent people lost their lives, the government will launch an investigation about the incident.

In many road accidents the inquiry reports mostly put responsibility on the drivers, because of their negligence deadly road mishaps happen.

Deadly road mishaps are common in the Philippines, where drivers frequently flout the rules and vehicles are often poorly maintained or overloaded. It’s actually the government’s responsibility to make sure that the people running their transport business should follow the road transport authority’s rules. But it’s very unfortunate that in many developing countries mostly transport business owners bypass all the rules and put many precious lives in danger just for the sake of their business earning.

I hope the governments in the developing countries will make sure that people will strictly follow the road and transport rules set by authorities respectively.